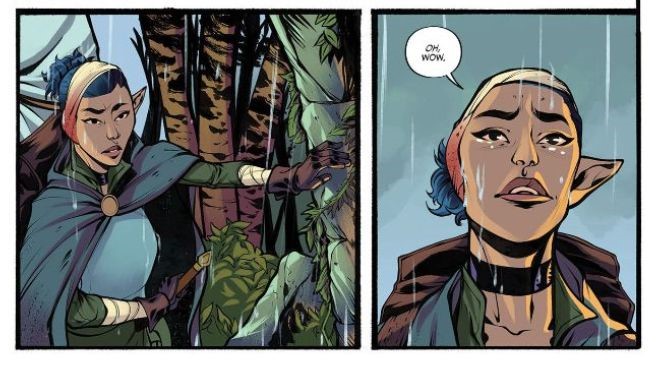 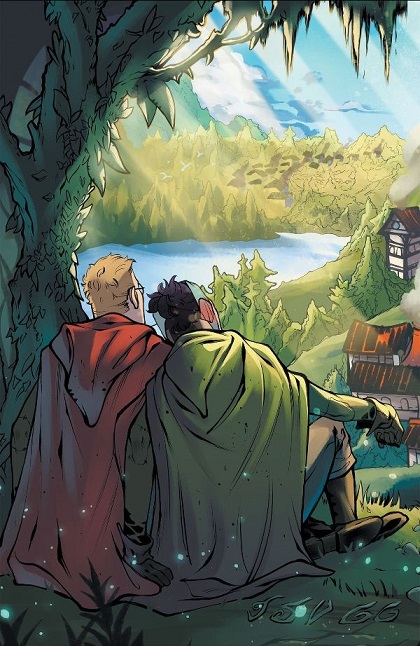 “Dryad is a story that I’ve been working on in one form or another since I became a father five years ago. I wanted to tell a story about a couple whose lives were irrevocably changed by becoming parents, and I wanted to set it against a backdrop where I’d never really found a slice of life, family drama to be set: a fantasy world,” Wiebe said.

Dryad is the story of an elf and a human who settle into a sleepy forest settlement of Frostbrook. Then 13 years later, their twins Griffon and Rana are drawn to an ancient door and discover more than expected, which changes their world. They’ll have to answer for what their parents did in the past and will learn that the past can find you.

“While Dryad is a deep study of family, it’s primarily a story about what parents do to protect their children and what lengths they would go to keep them safe. Dryad is also equal parts mystery and action with a few sizable twists and turns to keep readers on their toes,” Wiebe said.

Dryad marks artist Osterling’s first published work. “When Kurtis came to me about Dryad, it was a breath of fresh air for me in terms of fantasy,” Osterling said. “There was a lot of research on my side, pulling from the art so many classic traditional fantasy illustrators but I also wanted to explore influences not traditionally associated with it like Hayao Miyazaki and Masamune Shirow; but also into First Nations and Latin symbology and architecture. While a lot of fantasy is set with European influences, we really wanted something that was reflected in the Americas and it’s many cultures.”

The first issue of Dryad will be available in stores and online March 4, 2020.