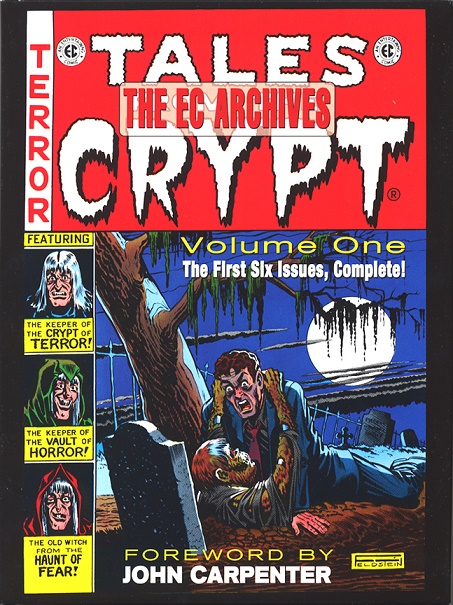 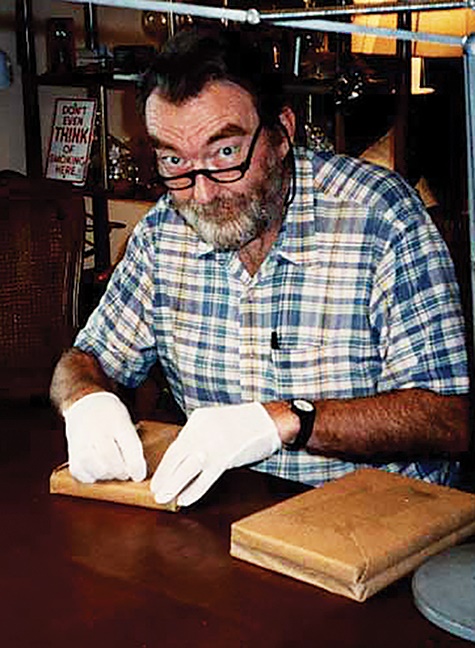 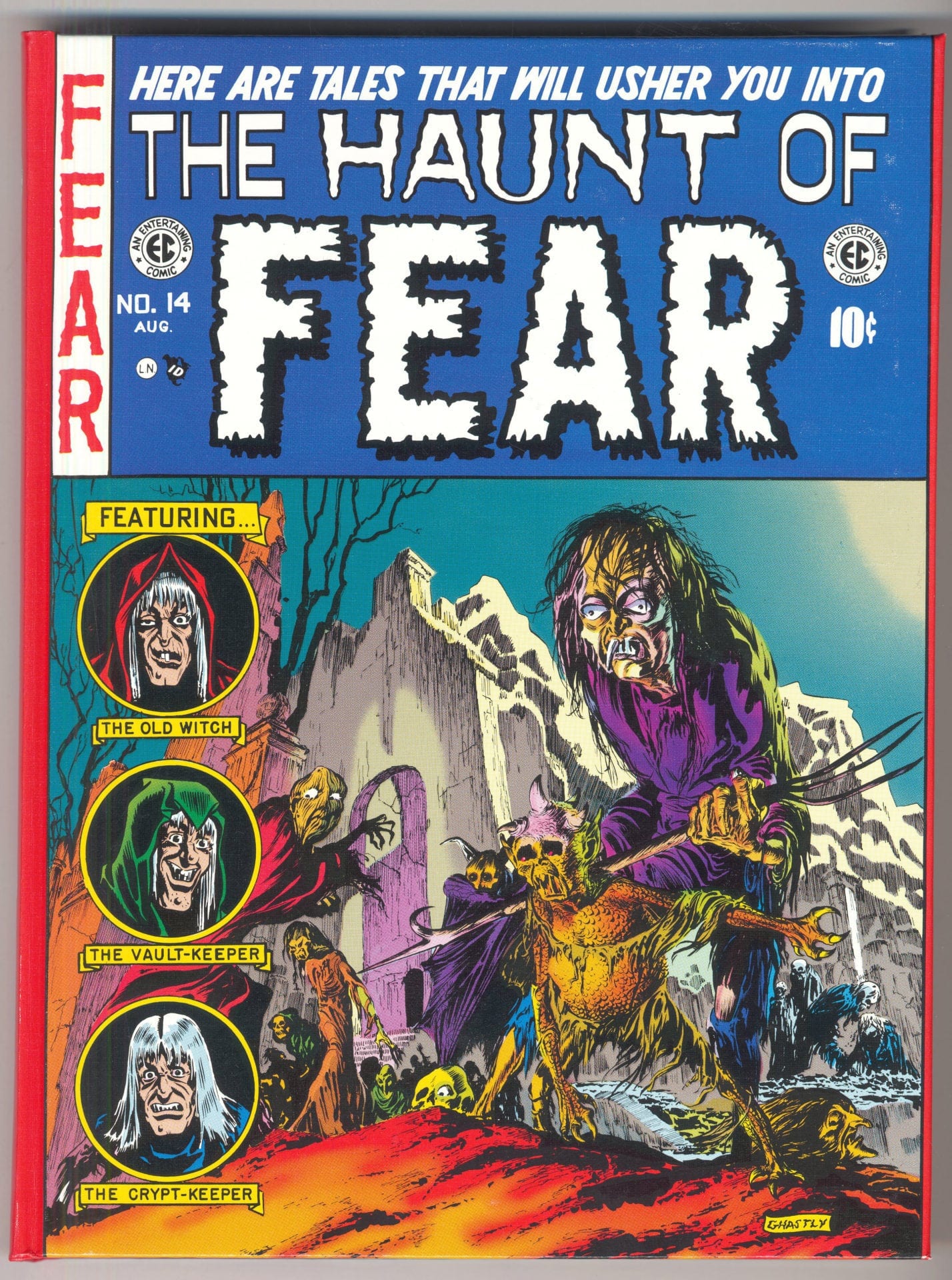 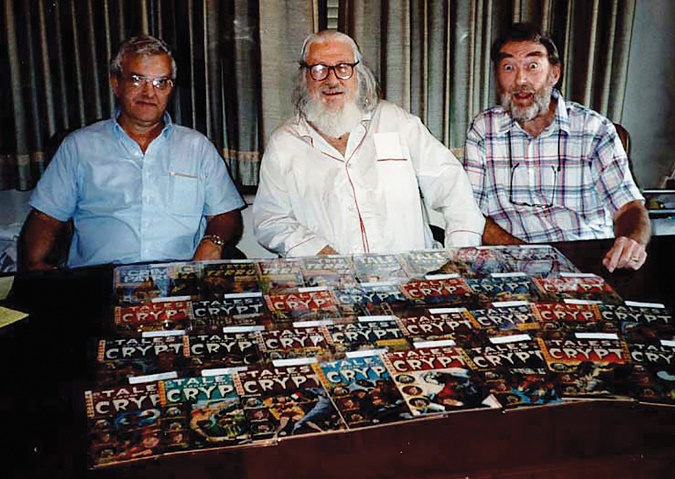 Russ Cochran, who published EC Comics reprints, Disney comics, and books on Hopalong Cassidy, and his musical heroes among other topics, passed away on Sunday, February 23, 2020. He was 82 years old.

For several decades, Russ Cochran channeled his passion in a way that has delighted many of his fellow collectors and inspired at least a few of them to undertake similar efforts. His childhood zeal for EC Comics transformed itself into a mission to keep them in print and get them in the hands of new readers in addition to other EC fans. From his earliest efforts to the EC Archives, Cochran always found an opportunity to turn his love of comics into a way to share them with others.

Whether it was recapturing the magic of the renowned EC Comics line or rebuilding his hometown of West Plains, Missouri, Cochran found himself driven by the potent combination of nostalgia and high intellectual regard for certain qualities of days gone by, feelings and thoughts to which many collectors can relate. He labored for years in these seemingly disparate fields to keep bygones from being bygones.

“The news that Russ Cochran has passed hit me like the proverbial ton of bricks. As a historian, a fellow collector, a friend, and eventually as an employee, he taught me – he taught all of us – so much. His knowledge of Edgar Rice Burroughs, Disney, and so many other topics informed his conversations, but it was his love of William M. Gaines’ EC comics line that led him to quit the Physics Department at Drake University and get into the business of reprinting, preserving, and promoting the EC legacy,” said Steve Geppi, President and Chief Executive Officer of Diamond Comic Distributors.

“Russ forgot more about EC than most of us will ever know, but the fact that so many people today are aware of that decades-old line of comics is due in no small part to his persistence. Through art auction catalogs, individual reprint issues, collected editions, the black and white EC Library sets, and finally the EC Archives color hardcovers, he almost single-handedly kept such creators as Al Feldstein, Harvey Kurtzman, Will Elder, Wally Wood, Al Williamson, Graham Ingels, George Evans, and so many others at the forefront in discussions of great comic art from the early 1970s onward,” he said.

Cochran sold his publishing operation to Geppi in 1994 and it was folded into Gemstone Publishing from until 2009 when he again ventured out on his own.

“While he takes so much of his vast knowledge with him, we can rejoice that he left so much of it on the printed page for us and future generations to enjoy. Every project got his full attention. Russ pushed for the best production values – sometimes with little awareness of the cost involved – and he never published a book or periodical that didn’t look great,” Geppi said.

As a young man newly graduated from the University of Missouri with a Ph.D. in physics (he was first in his class), he took up teaching at Drake University in Des Moines, Iowa. Through the 1960s he quickly rose through the ranks to become head of his department.

The home of his youth, though, was calling to him, as was another element of his childhood, EC Comics. He renovated 19 historic buildings in his hometown’s business district, which breathed new life into the city.

He took a similar approach with the EC Comics line, which he remembered as an intelligently written, multi-genre approach that included horror, crime, science fiction, romance, and suspense stories. After developing a friendship with MAD publisher and EC patriarch Bill Gaines, Cochran began his crusade to preserve the comics he grew up on for future generations. On the suggestion of Gaines, he started down the path that would eventually lead him to the EC Archives series at Gemstone Publishing.

“Before there were Absolute Editions or Gallery Editions or Artists Editions, there were Russ Cochran’s reproductions of the entire history of EC Comics. Shot lovingly from the original art that Bill Gaines had preserved, they enabled a generation of fandom to experience one of the most lavishly drawn periods of American comics. Russ was a towering character in fandom, physically as well as in his effect on the rest of us, and a warm presence at cons and through his newsletters. He auctioned the original EC art lovingly, enabling Bill to achieve what at the time were solid prices that were shared with the artists...not the modern standard of how to treat the situation, but by far the best outcome for art from that period,” former DC Comics President and Publisher Paul Levitz said in a post. “Russ lived an idiosyncratic life and a pioneering one. He’s left us at 82, but the beautiful slipcased volumes he curated so carefully will provide joy to many for many, many years to come.”

After stepping down as a tenured professor and head of the physics department at Drake University, Cochran found the prospect of republishing the EC comics an exciting and challenging venture to dive into. Although chancy, and in an area into which he never saw himself venturing, Cochran’s passion ran too deep to put off any longer.

He began the lengthy, and now decades-spanning, project by publishing the EC Portfolio. After a meeting in Gaines’ offices, Cochran came across a stack of original EC artwork. In their original black and white state, the pages showcased the amazing detail that went into the work. This was how the artists had intended the pages to be seen, and he thought that other fans would want to share in his appreciation of it.

After the success of the EC Portfolio, he wanted to continue along the path that he had begun to blaze. A few years after he became friends with Gaines, the EC founder suggested over dinner that Cochran might want to consider the possibility of republishing the EC in a slipcase format. With that, the birth of the EC Library, a collection of the best of each of the EC titles, came into existence. Although Cochran had never thought that he would be getting involved with publishing, after getting started with the EC Portfolio his course was set.

A combination of three factors drove Cochran to further explore the possibilities and potential of the EC Comics line: his growing boredom with teaching, his increased interest in comic books, and his belief that EC Comics line were the best comic books ever published and thus needed to be preserved.

As each new set of EC Library books were released, their fanbase continued to grow and revitalize adults who had read the original comics as children. After the release of the final volume in the EC Library, The Complete Picto-Fiction, the next logical step was to find a new way to archive the entire EC collection for posterity. And thus, Cochran's publishing career began anew with the release of the EC Archives.

“Russ was a larger than life person who accumulated many friends over the years. He was a physics professor, a publisher, an art dealer, an auctioneer, and an entertainer. All of his products were top shelf and of high quality. I remember at a Houston comic con years ago, Russ was sitting at a large table with Johnny Weissmuller and a group from the convention, while I was sitting with Bruce Hamilton at another table. The subject of Weissmuller’s Tarzan yell came up, and Russ said that he could do it just like Weissmuller, so he did. We could hear it all over the restaurant. Then someone ran out of the kitchen to Russ’s table, thinking that Weissmuller did the yell, and said, ‘The kitchen is full of elephants.’ Everyone had a hardy laugh,” said Robert M. Overstreet, author, and publisher of The Overstreet Comic Book Price Guide. “Russ invited me to come to New York and help him open up the Gaines EC file copies, for which I will always be grateful.”