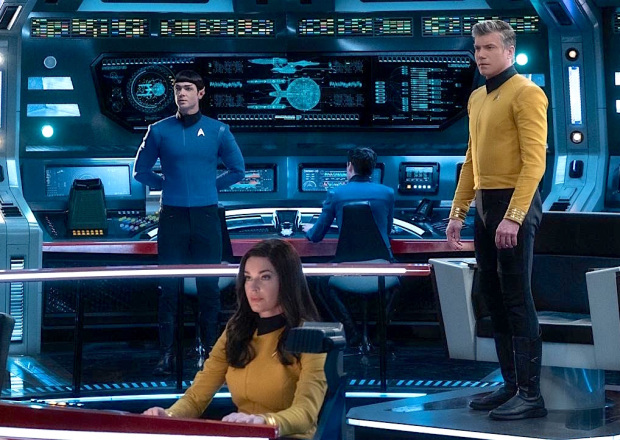 Captain Pike, Number One, and Mr. Spock are set to return in new adventures on CBS All Access in Star Trek: Strange New Worlds. Last seen in season two of the streaming service’s Star Trek: Discovery, the characters played by Anson Mount, Rebecca Romijn, and Ethan Peck, who will star in the new series.

The roles were originated by Jeffrey Hunter, Majel Barrett Roddenberry, and Leonard Nimoy in the initially unaired 1965 first pilot for Star Trek, “The Cage,” which was later incorporated into the two-part first season episode “The Menagerie.” While allusions have been made to the adventures of the U.S.S. Enterprise crew during Pike’s command, it has remained up to now a largely unexplored portion of the Star Trek mythos.

Given the coronavirus situation, no specific launch date for the series has been announced.