Graham Nolan’s The Chenoo on Indiegogo 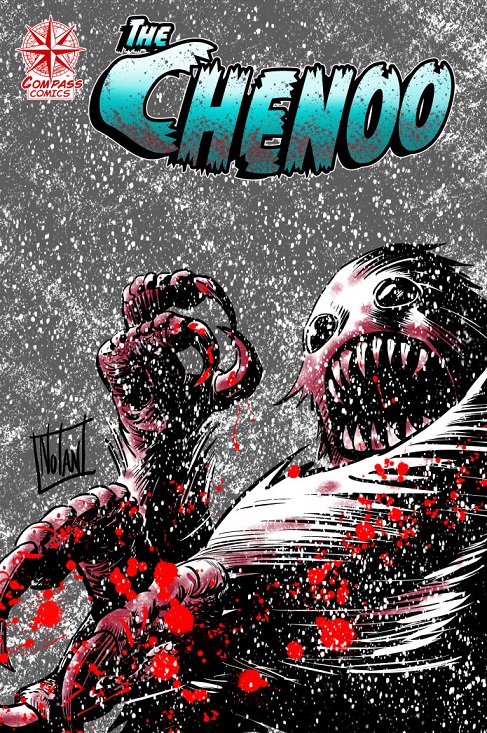 Writer and artist Graham Nolan is introducing comic readers to a new cold hearted monster in The Chenoo. The self-contained, 48-page comic in black and white with gray tones and blood red is currently seeking backers on Indiegogo.

The Chenoo begins in 1977 when a once in 500 years winter storm has hit Buffalo and 23 deaths have been attributed to the storm, but in reality, there was something sinister hunting in the snow. Flash to modern day and another huge storm is on its way.

Paul Jackson, who was a kid in ’77, knows that there’s something more to the deaths because his father was the chief of police back then and told him stories about the Chenoo. Now, Paul is a cop and readying for the heart-eating monster that is hiding in the snow.

The fixed goal for the Indiegogo campaign is $15,000. Perk levels run from $10 to $5,000 and include signed copies of the comic, stickers, posters, sketches, original art, and being a character in the comic.