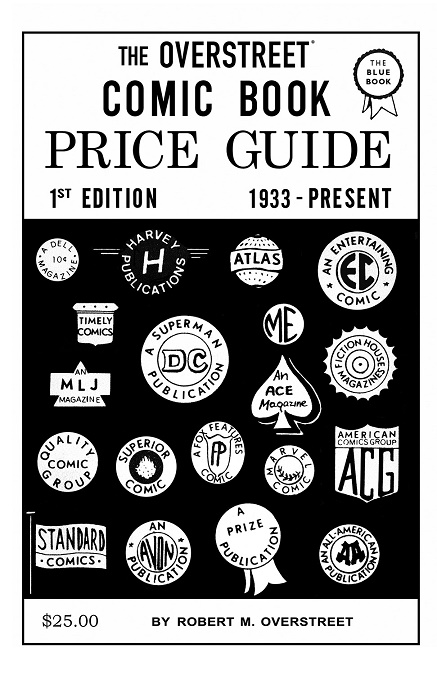 The Overstreet Comic Book Price Guide is celebrating its 50th anniversary this year, and with that milestone, Gemstone Publishing is releasing a Facsimile Edition of the first Guide. The faithful reproduction includes all of the prices originally reported in the 1970 Guide.

13th Dimension has already poured through the Guide #1 Facsimile Edition and has compiled “The Top 13 Most Valuable Comics in 1970 and What They’re Worth Now.” While it won’t come as any surprise that Action Comics #1 and Detective Comics #27 were the most valuable comics in 1970 (and today, for that matter), readers will likely be amused by what Near Mint examples of these books sold for that year.

Both Diamond and Gemstone have the softcover and hardcover still available. The signed & numbered limited edition hardcover is sold out from Gemstone and it will be allocated at comic shops.