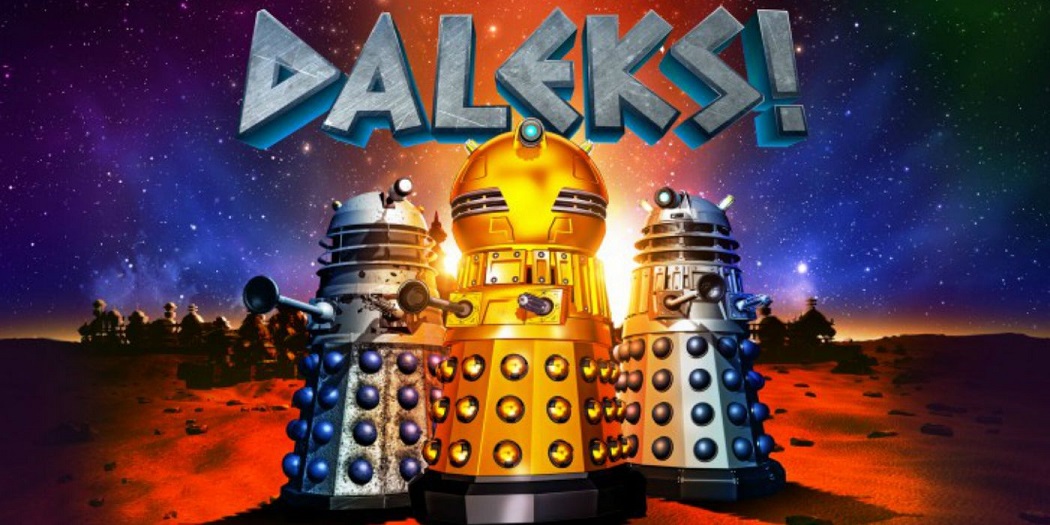 During the “Time Lord Victorious” panel at New York Comic Con’s virtual event, the next evolution in the Doctor Who franchise commandeered the spotlight. The first full trailer and a first look video of the upcoming Daleks! animated series debuted at the event.

In Daleks!, the Dalek empire invades the fabled Archive of Islos and finally meet an opponent that could take them down. Soon their planet Skaro is attacked, sending the Dalek empire on the run. Can the Daleks defeat this new opponent and keep their home, even if that means being assisted by an old enemy?

The trailer introduces the Mechanoids, a robotic alien race and great enemy to the Daleks. This is the first time they’ve reprised their role since 1965’s The Chase and have been given an updated design to form an alliance with their old enemy.

The Daleks! series will premiere on November 12, 2020 on the Doctor Who YouTube channel. It will be told in five 10-minute episodes, featuring the voice cast of Nicholas Briggs, who voices the Daleks in Doctor Who, with Joe Sugg (Strictly Come Dancing), Anjli Mohindra (The Sarah Jane Adventures), and Ayesha Antoine (Holby City).