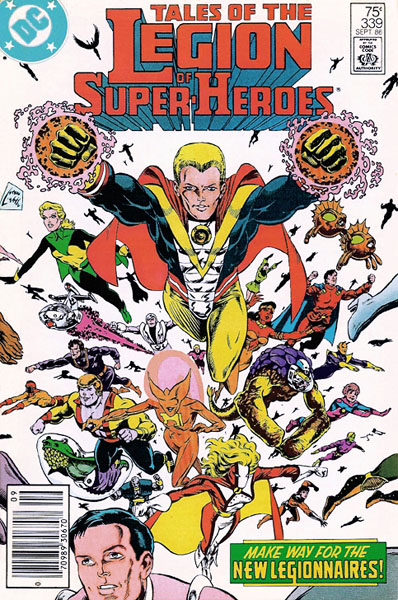 Lightle worked primarily as a penciller and cover artist, known for his work on runs of Legion of Super-Heroes and Doom Patrol. He was born on November 19, 1959 and attended Johnson County Community College outside of Kansas City. His comic career began with a story in Black Diamond #4 (1984) at AC Comics.

He moved over to DC by drawing a 10-page story for New Talent Showcase #4 (April 1984). Lightle’s next step at DC was as the artist on Legion of Super-Heroes, where he worked on interiors and covers in the mid-1980s. During this period, he co-created Tellus and Quislet and worked on the story in which Legionnaire Karate Kid died.

In ’86 he worked on the DC Challenge limited series and contributed to Batman #400. A year later he joined the revival of Doom Patrol as the penciler on the first five issues. He was cover artist for Classic X-Men in ’89 and ’90 then he would go on to create covers and frontispieces for reprinted stories.