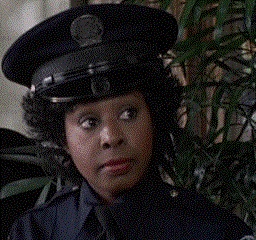 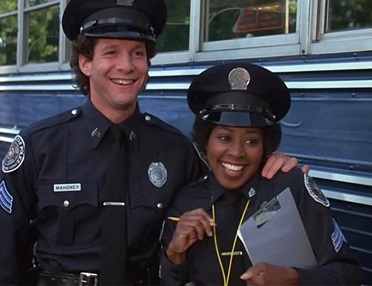 Actress Marion Ramsey, known for her role in the Police Academy franchise, died on Thursday, January 7, 2021. She was 73 years old.

Ramsey played Officer Laverne Hooks in six Police Academy movies. In the films, she had a running gag as the diminutive Officer Hooks who would speak in a dainty voice that would turn loud and authoritative if people didn’t listen to her.

She was born in Philadelphia on May 10, 1947. Ramsey was a stage actress, appearing on Broadway in Grind, Eubie!, and Miss Moffatt, along with the touring company for Hello, Dolly!, and two productions of Little Shop of Horrors. She was also one of the stars in the original production of Dreamgirls.

Her onscreen career began on The Jeffersons and Cos. In addition to the Police Academy series, she was in Family Secrets, MacGyver, Beverly Hills, 90210, and voiced D.I. Holler in The Addams Family animated show.

Some of her later roles include voicing in Robot Chicken, The Stolen Moments of September, Return to Babylon, and she reunited with other Police Academy stars for Syfy’s Lavalantula. Her final roles were in 3rd Eye and When I Sing.