Warner Bros. has released the first trailer for Mortal Kombat and it’s already a slugfest. The live-action film adaptation of the popular video game series introduces the original character Cole Young, a struggling MMA fighter, and many heroes and villains from the games.

The trailer has plenty of action and shows off the incredible powers of the fighters. After Cole gets attacked by Sub-Zero on the orders of sorcerer Shang Tsung, he is brought into a new world of fighting where the prize is a lot more than money or sponsorship. Sonya Blade and Jax fill him in on the tournament known as Mortal Kombat then introduce him to teammates who will also fight for Earth.

Mortal Kombat will be in theaters and on HBO Max on April 16, 2021. It is directed by Simon McQuoid. The movie stars Lewis Tan (Into the Badlands) as Cole Young, Ludi Lin (Power Rangers) as Liu Kang, Jessica McNamee (The Meg) as Sonya Blade, Mehcad Brooks (Supergirl) as Jax, Chin Han (Skyscraper) as Shang Tsung, relative newcomer Sisi Stringer as Mileena, stuntman Max Huang as Kung Lao, Joe Taslim (Warrior) as Sub-Zero, Hiroyuki Sanada (The Last Samurai) as Scorpion, and Josh Lawson (House of Lies) as Kano.

A day before the trailer dropped, Warner Bros. unveiled characters posters that provide a closer look at the characters, which can be seen below the trailer.

Note: The trailer is restricted, aka red band, with bloody violence and some adult language. 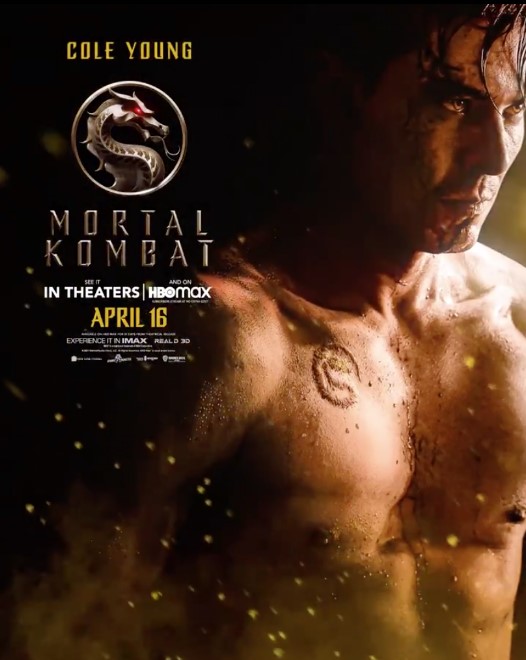 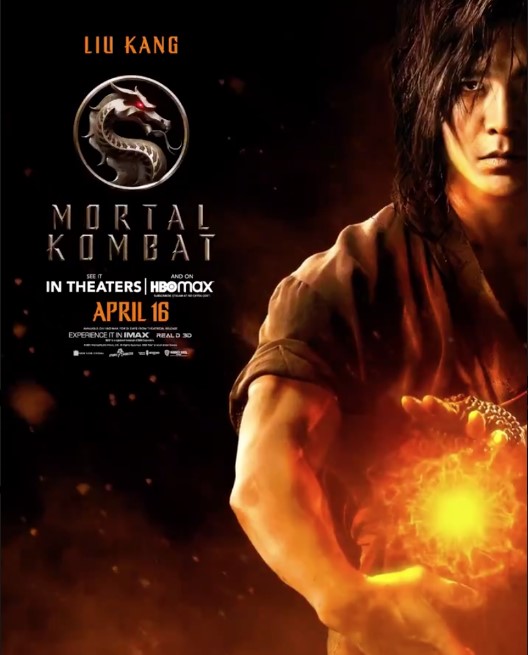 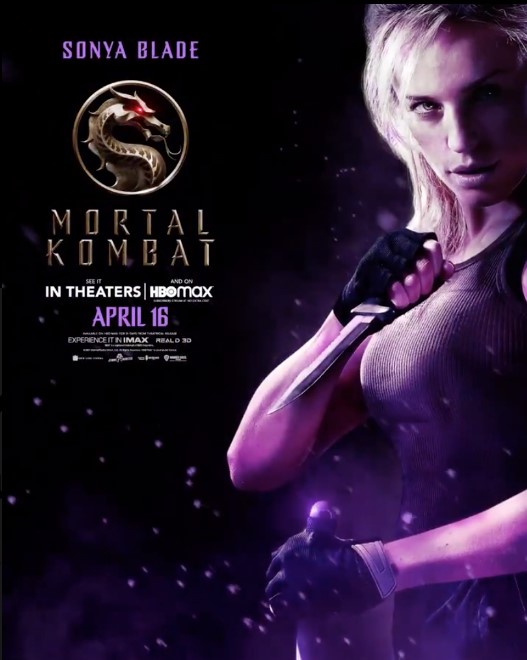 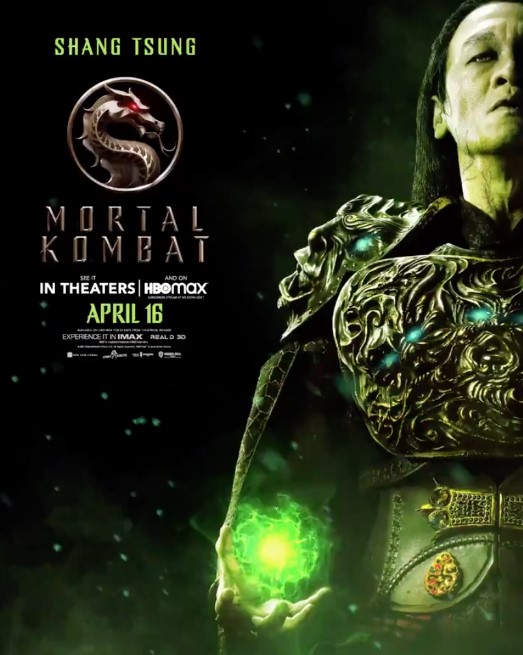 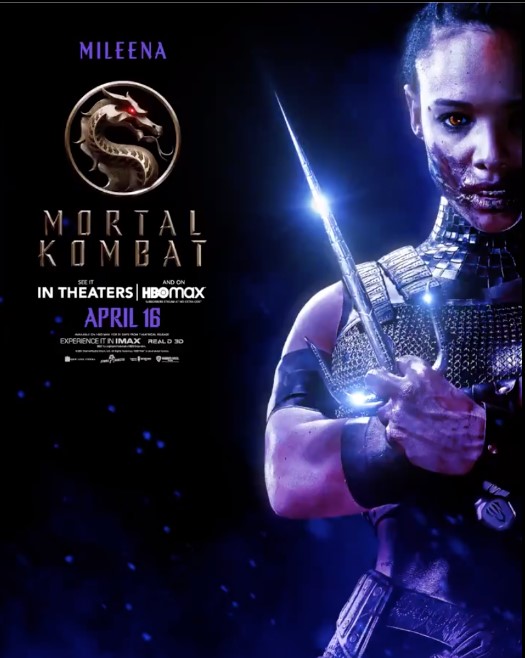 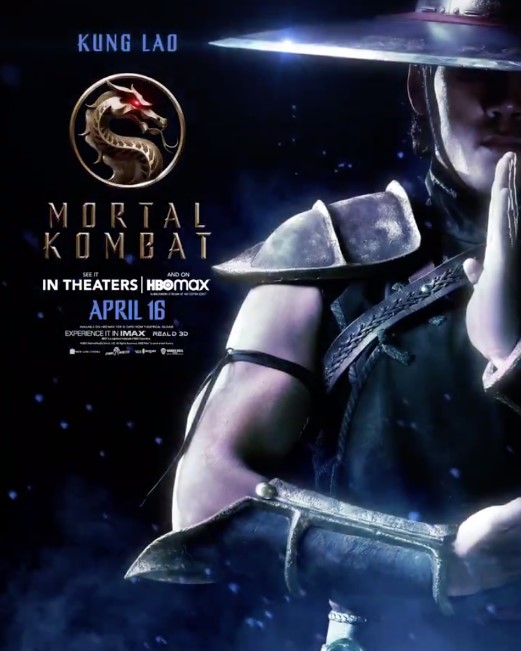 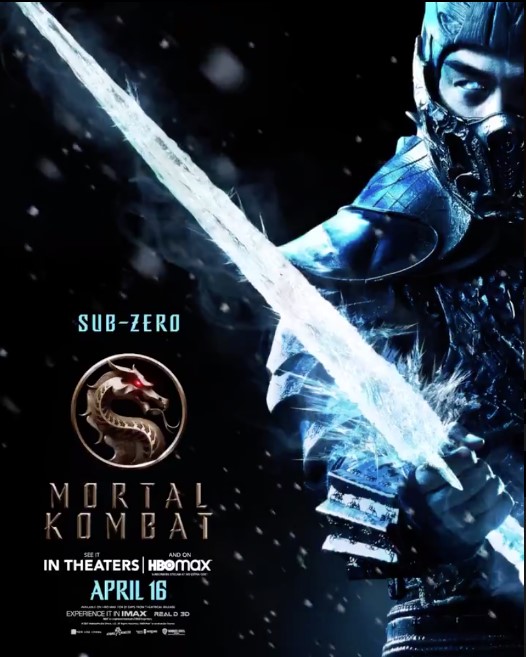 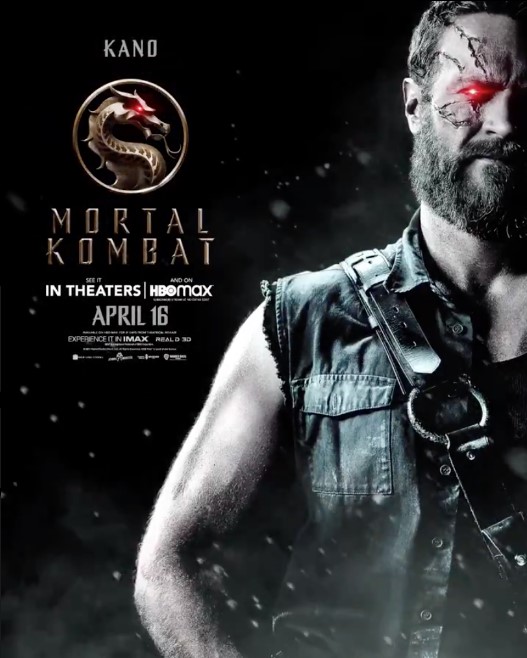 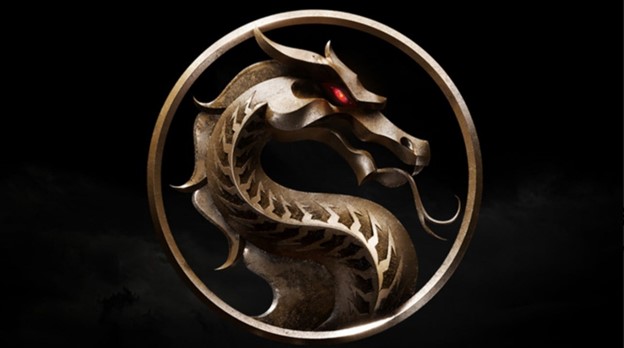