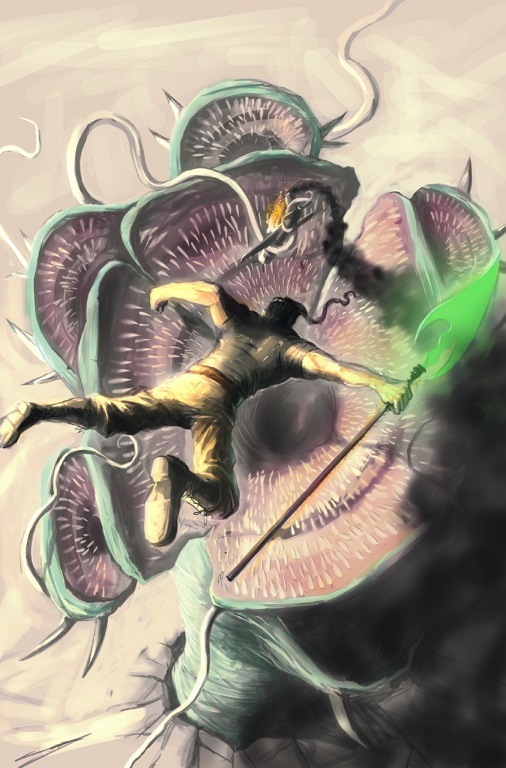 Overstreet Advisor and Scoop contributor Scott Braden has created the comic character Kent Menace, a hero set to take on mythological monsters. The character is set to debut in the comic Kent Menace #0: The Director’s Cut by Braden and artist Mike Malbrough, published through American Mythology.

“The fictional Kent Menace has a back story that’s pure pulp – think watery depths, infernal fighting techniques, a pirate king father, and a Tritonblade imbued with the power of time travel, all leading up to an epic battle on which the fate of the world depends,” the description reads.

Braden, a Westminster, Maryland native, and his character were recently profiled in an article on the Baltimore Sun website. In the interview, Braden discusses the character and his appreciation of comics. It also provides details on when and where the comic will be available.