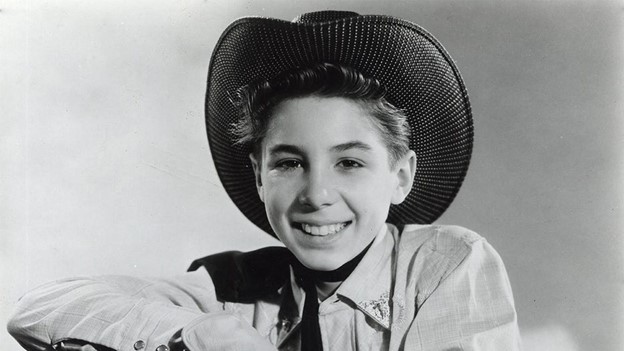 Johnny Crawford, an original Mouseketeer and star of Rifleman, died on Thursday, April 29, 2021. His family confirmed on his website that he died from COVID-19 and pneumonia. He was 75 years old.

“It is with great sadness and heaviness of heart that the Johnny Crawford Legacy team announce the passing of Johnny Crawford. He passed away peacefully this evening, April 29, 2021 with Charlotte, his wife, by his side,” the statement reads.

Crawford was one of the original 24 Mousekeeters in The Mickey Mouse Club, appearing in in the show throughout 1955-56. He went on to star in The Rifleman as Lucas McCain’s son, Mark. For his work on the show, Crawford was nominated for an Emmy in ’59 when he was just 13 years old.

He was born on March 26, 1946 in Los Angeles and joined The Mickey Mouse Club when he was 9. After he was released from his contract with Disney, Crawford made appearances on The Lone Ranger, The Count of Monte Cristo, Have Gun – Will Travel, and Matinee Theatre – all in the late 1950s.

While starring in The Rifleman, Crawford did guest spots on The Donna Reed Show and Mister Ed, then also appeared in Rawhide and Hawaii Five-0 in the late ‘60s. He starred in The Naked Ape, appeared in Little House on the Prairie and Murder, She Wrote, and had a recurring role on William Tell in the late ‘80s. After that he had a few roles with his final being in 2019’s The Marshal.

Crawford traded acting for music in the ‘90s, leading the Johnny Crawford Orchestra. The group specialized in special events on the West Coast, including 15 consecutive appearances at the annual Art Directors Guild Awards in Beverly Hills.