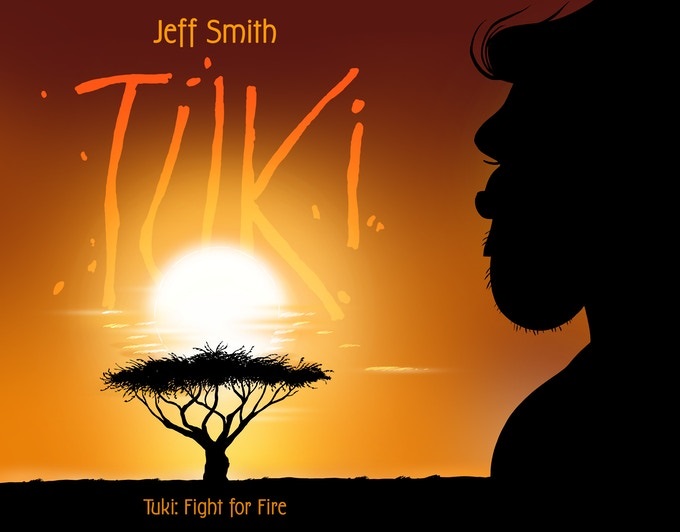 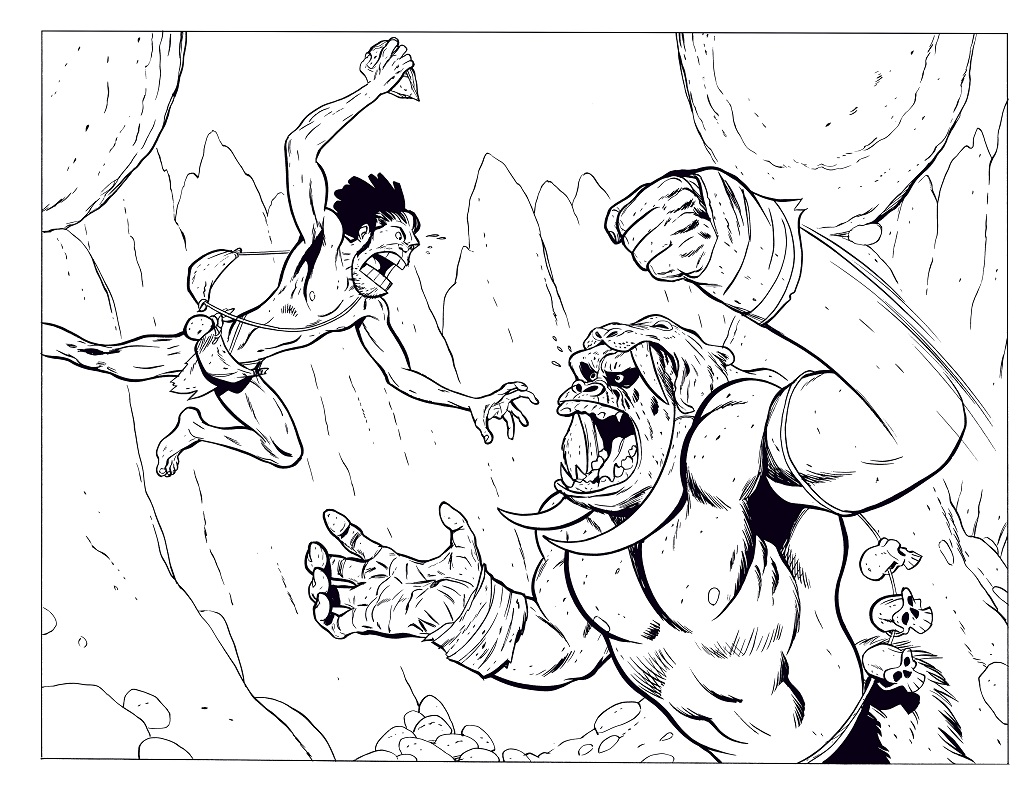 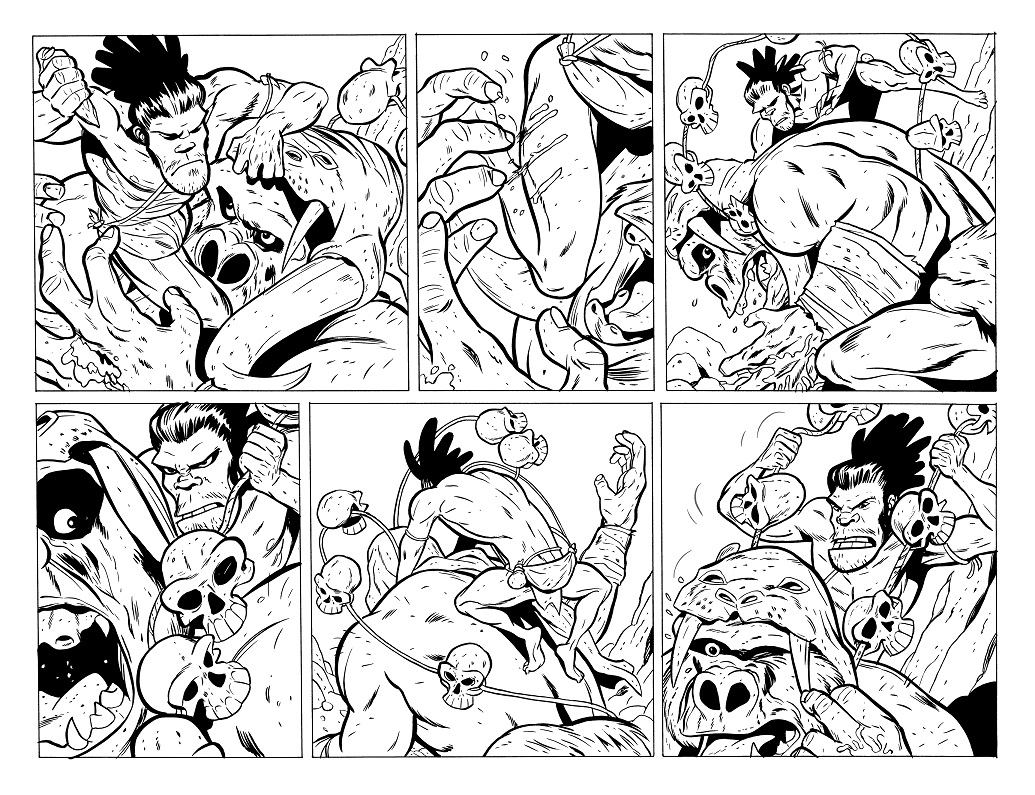 Jeff Smith’s TUKI graphic novels, his third creator owned and self-published project, are available on Kickstarter, starting on May 4, 2021.

TUKI was an online comic experiment that Smith has rebuilt as two black and white graphic novels. Set when the human race was just beginning, the graphic novel sees Tuki conflicting with the Habiline, a rival species of humans, who think that the discovery of fire is blasphemy and are hunting the people who use it.

“I’ve always been fascinated with human evolution, especially the point two million years ago when more than one species of human existed at the same time, this was also the moment we conquered fire. Definitely our best party trick,” Smith said.

“I started to play around with TUKI before COVID hit, but once the lockdown happened, I decided to dive in and focus on straightening out the story. I ended up with enough material for two books,” Smith added. “It was friends from the old self-publishing days, the Tucci’s and the Pulido’s, who turned my wife Vijaya on to Kickstarter and persuaded us to give it a go. If all goes well, this could be the beginning of a new series! Come check us out! We have rewards that are super high on the neat-o scale!”

The books are presented in oversized landscape format with around 144 pages each and the potential for bonus material, per stretch goals.