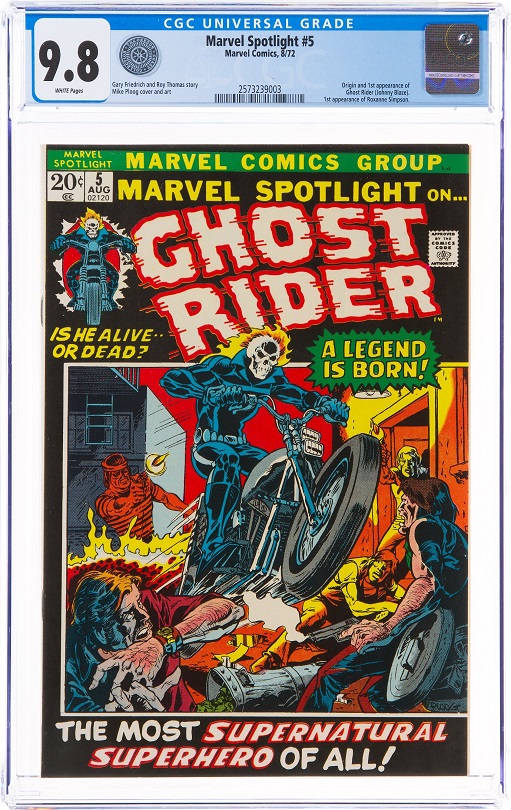 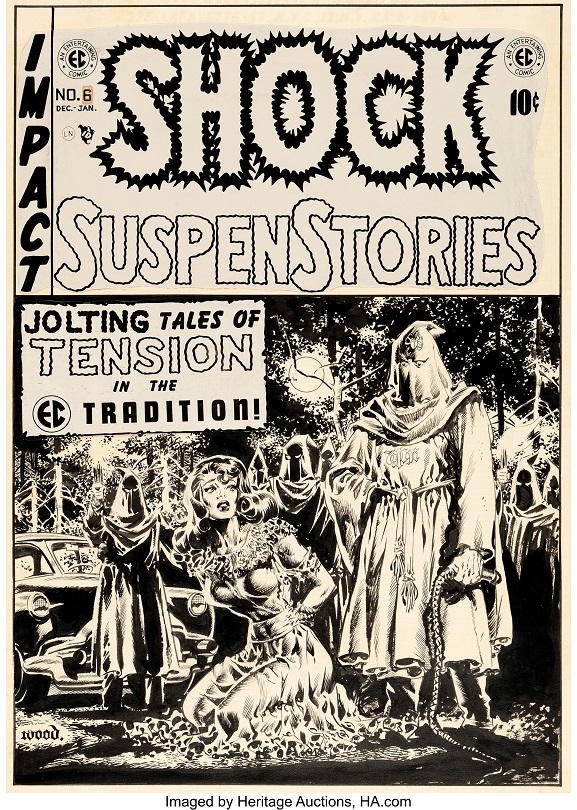 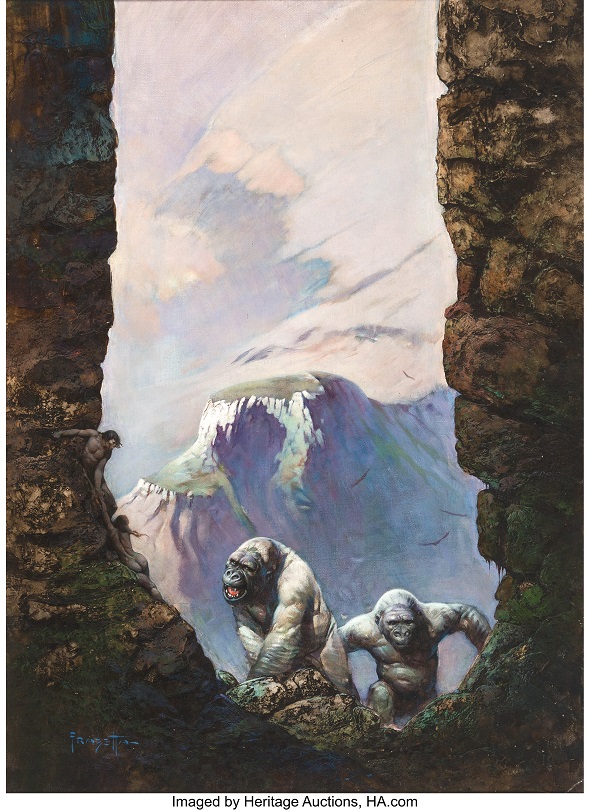 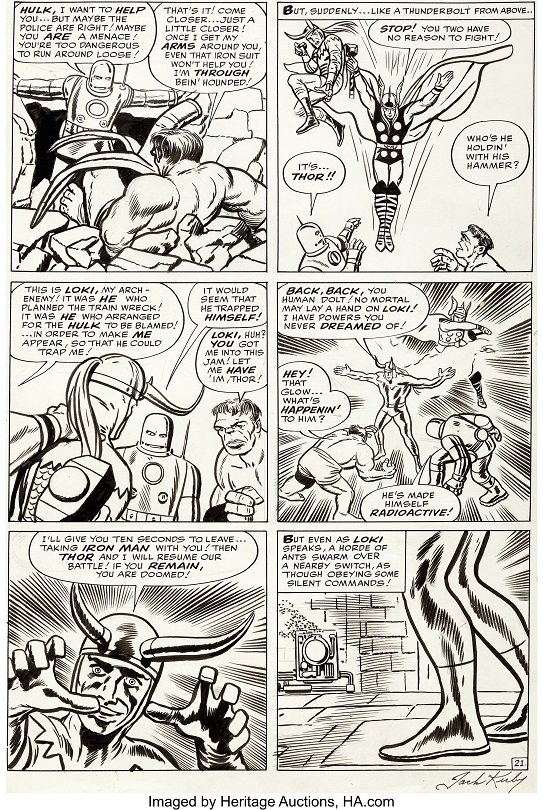 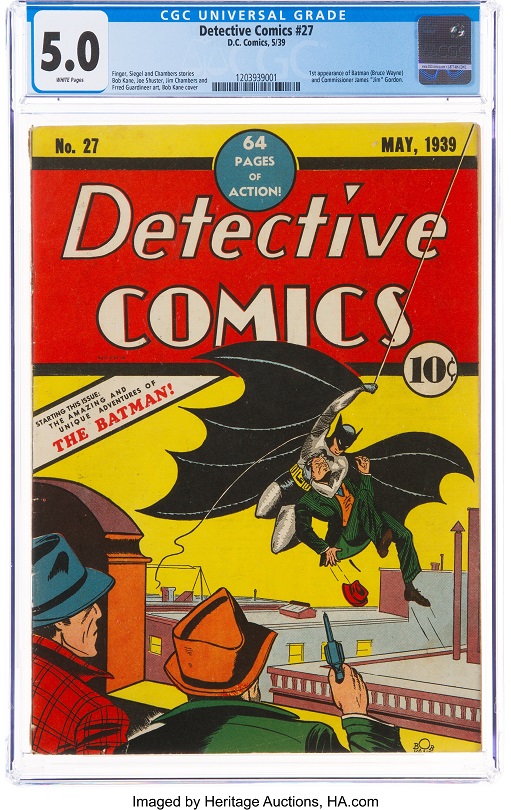 Heritage opened their three-day Comics & Comic Art Signature Auction on June 17, 2021, to the tune of $5.89 million. Two world records were set, and the first appearances of Batman and Superman combined for $1.653 million in the first day of the auction that runs through Saturday, June 19.

One of the auction’s breakout stars during the first session was Ghost Rider/Johnny Blaze’s first appearance in the high grade Marvel Spotlight #5 CGC 9.8 that saw fiery bidding send it to $264,000. This final sale price makes it the most expensive comic from the 1970s.

Before live bidding began on June 17, this comic had already more than doubled the previous auction record for a 1970s book set by X-Men #94 that Heritage sold on April 1 for $63,000.

“As soon as we saw this one, we thought it had a great chance to set a new high for a 1970s comic, but we didn’t expect it to more than double the previous record,” Heritage Vice President Barry Sandoval said. “To find this black cover in an unblemished state is rare, which is why CGC has certified 3,500 copies of the comic to date with only four making it to 9.8. For those of us who are passionate about 1970s comics, it’s a validation of sorts to see one join the $100,000 club.”

Wally Wood’s original cover art for Shock SuspenStories #6 featuring the Black Vigilante Society about to torture a woman hammered for $840,000. This set a world record for highest price paid at auction for an American comic cover.

“This was a spectacular way to begin a historic event, a thrilling prelude to Friday’s premiere of The Promise Collection,” Heritage Co-Chairman Jim Halperin exclusively told Scoop. “And I am especially pleased that Wally Wood’s cover to Shock SuspenStories #6 is now a world record-holder, as it deserves its place in not only comic book history but American history. It’s a powerful work and a reminder of how far ahead of its time EC Comics was.”

Wood’s art was one of several pieces that crossed the six-figure mark during the first session. Not far behind that piece was Frank Frazetta’s Outlaw World paperback cover painting original art, which sold for $408,000.

Two Jack Kirby pieces also rose to six figures, starting with The Avengers #1 page 21 featuring Iron Man, Hulk, Thor, and Loki that climbed to $180,000. An illustration he did in 1966 for Esquire showing Spider-Man, Captain America, and several other Marvel heroes realized $168,000.

On the comic book side, Detective Comics #27 CGC 5.0 with the first appearance of Batman, grabbed $1.125 million. This follows only a few months after Heritage sold a CGC 7.0 copy for $1.5 million in November 2020.