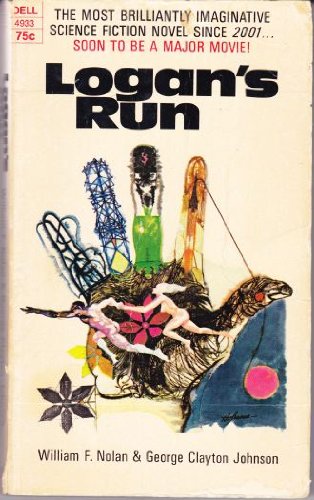 Writer William F. Nolan, who co-authored Logan’s Run, died on July 15, 2021, due to complications from an infection. He was 93 years old.

Nolan had his biggest success with the sci-fi novel Logan’s Run, which he co-authored with George Clayton Johnson. The dystopian novel was set in a future of overpopulation and limited resources that led to a radical rule in which people are euthanized at age 21. It kicked off a popular franchise with several sequels and a 1977 TV series.

Outside of Logan’s Run, he wrote multiple novel series, including the Sam Space series and the Challis Series.

In addition to his novels, Nolan wrote screenplays, short stories, and poems, among other published works. He wrote biographies on Bradbury, Max Brand, Dashiell Hammett, John Huston, Steve McQueen, and Ernest Hemingway. He collaborated with Dark Shadows producer Dan Curtis on The Turn of the Screw, Trilogy of Terror, and Burnt Offerings.