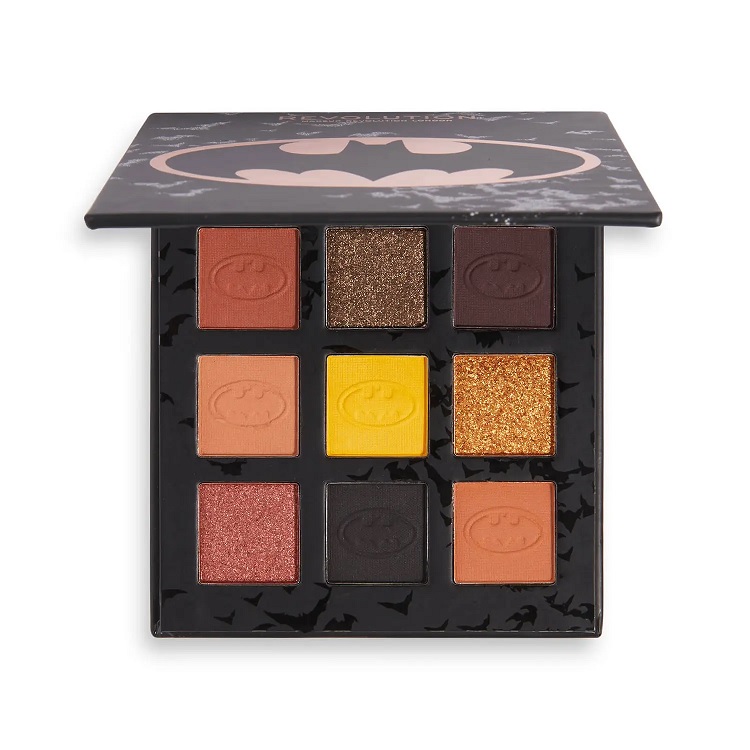 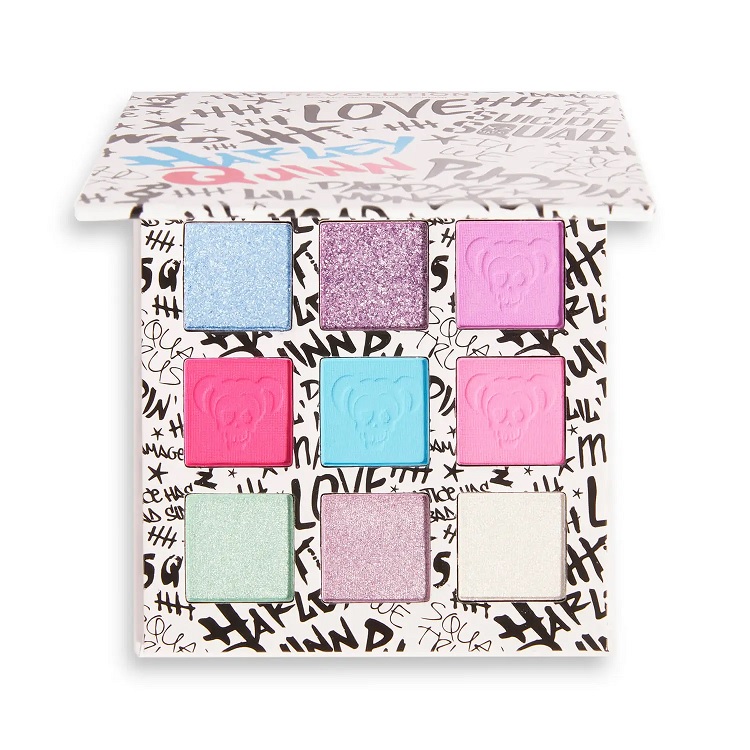 Creating looks inspired by Batman and his host of heroes and villains are just a few makeup palettes away. Makeup Revolution has partnered with DC Comics on a collection of makeup based on the styles of Batman, Catwoman, Harley Quinn, and the Joker.

There are six eye shadow palettes in all, four focused on the previously mentioned characters, each with nine pans of colors. The I Am the Batman Shadow Palette comes with warm brown tones, plus yellow and black; Harley Quinn Daddy’s Little Monster Shadow Palette has bright and pastel colors with matte, shimmer, and glitter finishes; the Catwoman Jewel Thief Shadow Palette features satin and shimmering jewel tones; and the Joker Why So Serious Shadow Palette has a combination of dark and bright shades, including a matte red.

The collection also has two larger eye shadow palettes. One is the Batman This City Needs Me Forever Flawless Palette with 18 shades that have names like Bat Signal, The Manner, Anyone’s Game, My City, and Batcave. The other is the DC Universe Large Palette with 16 colors, including a few larger highlighters and blushes.

Additional products are the Batman I Am the Night Mascara, Catwomen Kitty Cat Lashes, Cateye Liner, the Batman Bat Light Highlighter, and the Catwoman Kitty Got Claws Highlighter. For lip care, the set has the Harley Quinn What You Think I’m a Doll?, Batman Vengeance, and Joker Smile lip gloss.

Accessories in the set include a Batman handheld mirror, Joker brush set, and Batman and Harley Quinn makeup bags.