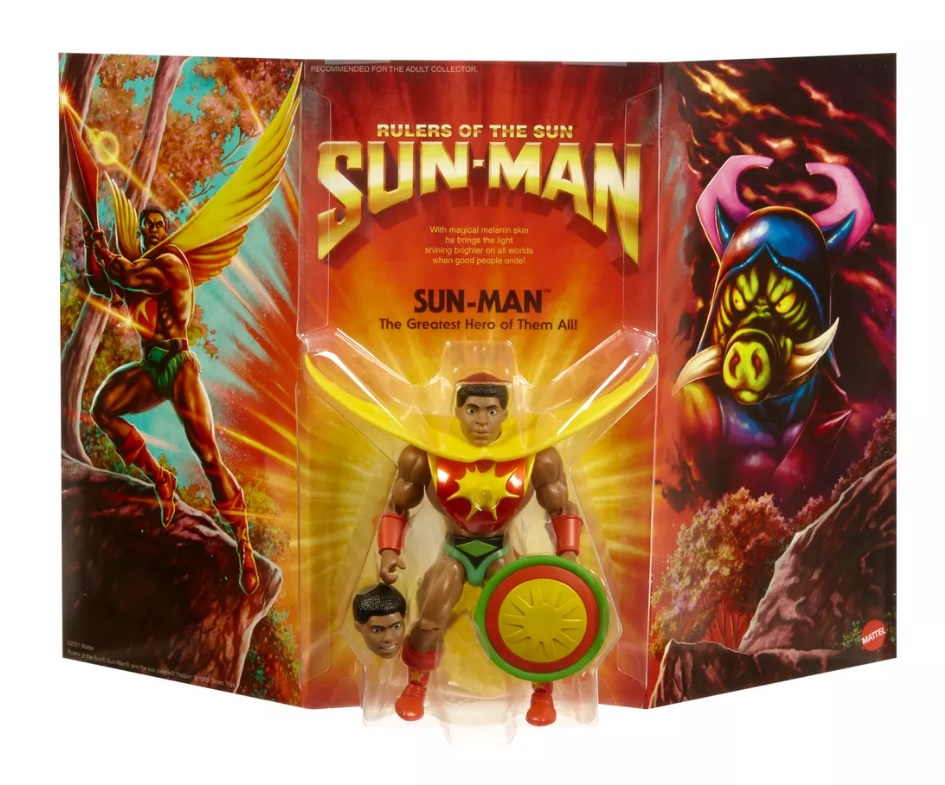 A superhero created by a determined mother in the 1980s is joining Mattel’s Masters of the Universe toy line.

Sun-Man was born to fill a void in the toy industry. In 1984, Yla Eason’s then 3-year-old son told her that he couldn’t be a superhero because he was black. The characters he liked, such as He-Man, were all white. When Eason couldn’t find any black action figures in stores, she decided to create them herself.

Eason created Olmec Toys to introduce multicultural superheroes with Sun-Man and the Rulers of the Sun. The toys were not introduced into the Masters of the Universe world, however their muscular visages, costume styles, and characteristics shared many similarities with He-Man and his supporting characters. The toy line has since become connected within Masters of the Universe collecting.

Sun-Man derives strength from the sun, which protects his skin from injury. He fought villains like Pig-Head, alongside heroes like Space Sumo (a telekinetic ninja), Digitino (a genius), and Holographo (a scientist).

Sun-Man is being licensed to Mattel through an agreement with Olmec Toys. The characters are getting premium designs that harken back to their original ‘80s looks but with modern articulation. Sun-Man will have swappable heads and hands, removable shield and wings, and a flaming sword. It is packaged with a comic that tells Sun-Man’s origin story and how he connects to Masters of the Universe. The figure retails for $30 and is open for preorders on Mattel’s website.