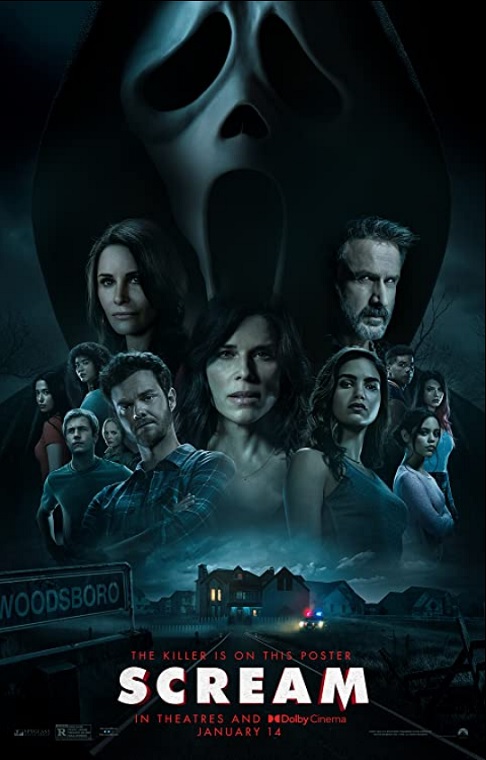 Paramount Pictures has released the final trailer for Scream, just a few days before the film is released in theaters. The last trailer, clocking in at around one minute, is filled with callbacks to the original film.

Dewey, displaying the haggard appearance of a four-time serial killer survivor, explains to the newest set of targets that there are rules to surviving. As he imparts wisdom – like the fact that the killer will be connected to them – Sidney is shown in front of Stu’s house, where much of the carnage occurred in the first movie. Nods also include Sidney kicking in the closet door the way Billy did, a young woman grabbing drinks from the garage fridge like Tatum, and a new character almost uttering the kiss of death phrase, “I’ll be right back.”

The new Scream is directed by Matt Bettinelli-Olpin and Tyler Gillett, who previously shared directing duties on Ready or Not. This is the first movie in the series not directed by Wes Craven and the first since he died in 2015. The script was written by James Vanderbilt and Guy Busick. Kevin Williamson, the writer of the original Scream, as well as Scream 2 and Scream 4, is onboard as an executive producer.