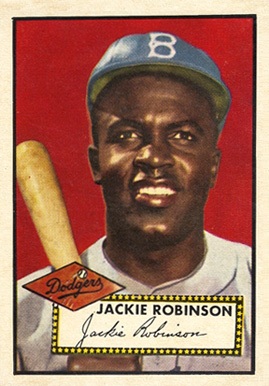 Hall of Famer Jackie Robinson is still swinging for the fences. A baseball bat used by the slugger during a 1949 All-Star Game sold for $1.08 million. The bat sold through Goldin Auctions on Saturday, April 30, 2022.

The bat was one of two specially made for Robinson for that game and according to Goldin, the bat only showed light wear from game usage. It was used during the same year that he won the National League Most Valuable Player Award.

Prior to the sale, the bat was in possession of the Robinson family. “The bat has been in the Robinson family archives since the day it was first used by Jackie and I guarantee that is 100% authentic,” Rachel Robinson, Jackie’s widow, said in a statement via Goldin Auctions.