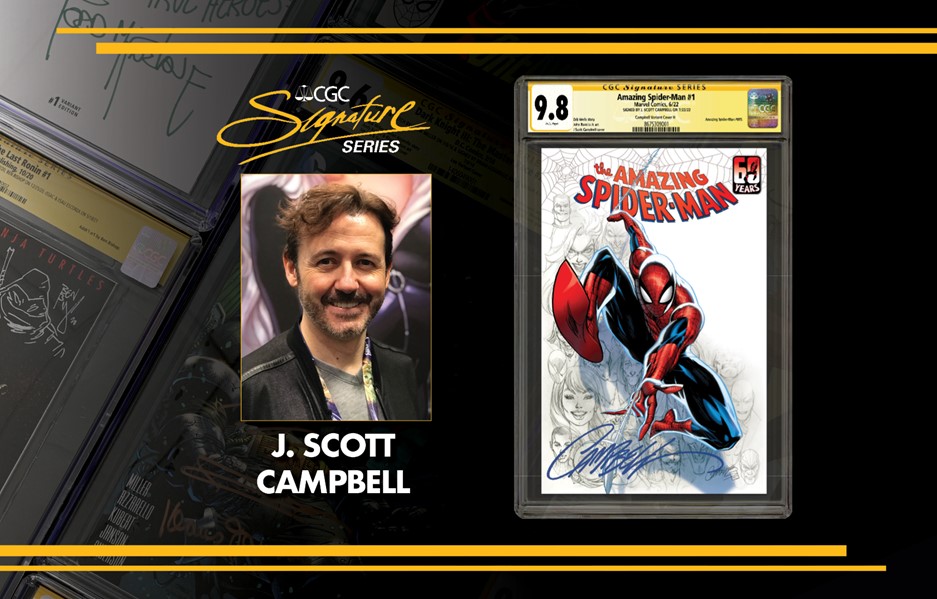 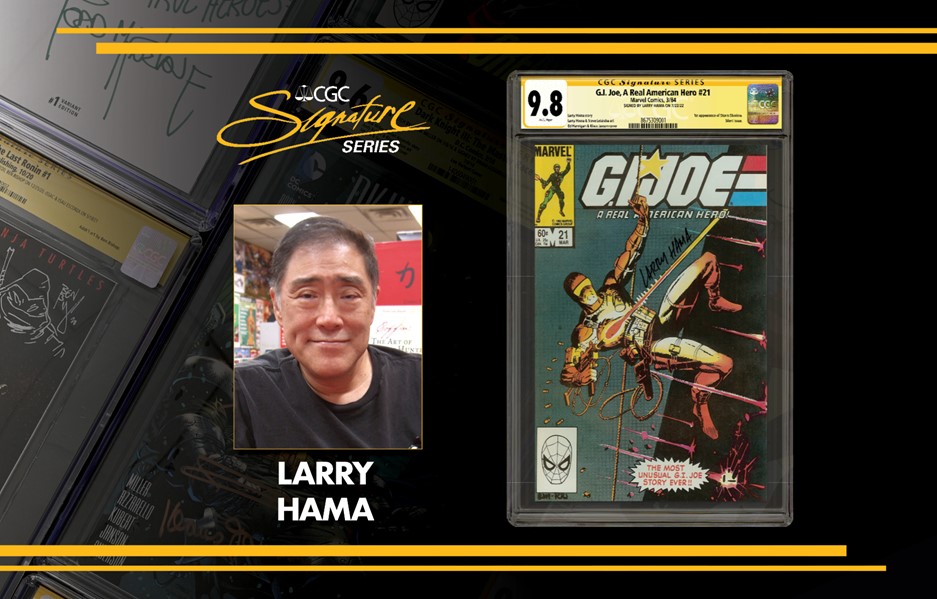 Campbell is a sought after cover artist at DC and Marvel, and co-founded the Cliffhanger imprint as part of Wildstorm Productions. Recently, Campbell created the X-Men #1 variant featuring Rogue, and the artist exclusive variants for the first issue of the new Amazing Spider-Man. He is now working on a series of covers for the 60th anniversary of Marvel.

During his lengthy career, Hama has worked with DC, Marvel, and IDW. He is known for his work on G.I. Joe at Marvel, as well as Wolverine, The Punisher War Zone, Iron Fist: Heart of the Dragon, Avengers, and more. At DC, he’s worked on Batman stories in Batman, Batman: Legends of the Dark Knight, Batman: Shadow of the Bat, and Batman: Toyman.

“The CGC Signature Series team is looking forward to having Larry join us for this in-house private signing event,” McManus said. “His work on G.I. Joe helped develop the brand into the phenomenon it became. We can’t wait to see all the awesome fan submissions!”

For these exclusive signings, both free and paid CGC members can submit books directly to the CGC headquarters in Sarasota, Florida. CGC must receive all submissions for Hama by Friday, August 12, 2022, and for Campbell by Friday, September 2.

After the books are signed, CGC will grade and encapsulate them with expedited turnaround of six weeks for grading or eight weeks for grading and pressing. Then collectibles will be shipped back to the owners.

The fee for Campbell’s signature is $90 per item and Hama’s is $75 per item. This includes the expedited turnaround times and encapsulation with CGC’s yellow Signature Series label and CCS pressing (for an additional $20 fee).

All of the submission details on Campbell’s and Hama’s signings are available on CGC’s website.