Geppi Gems Exhibit Signage at the Library of Congress 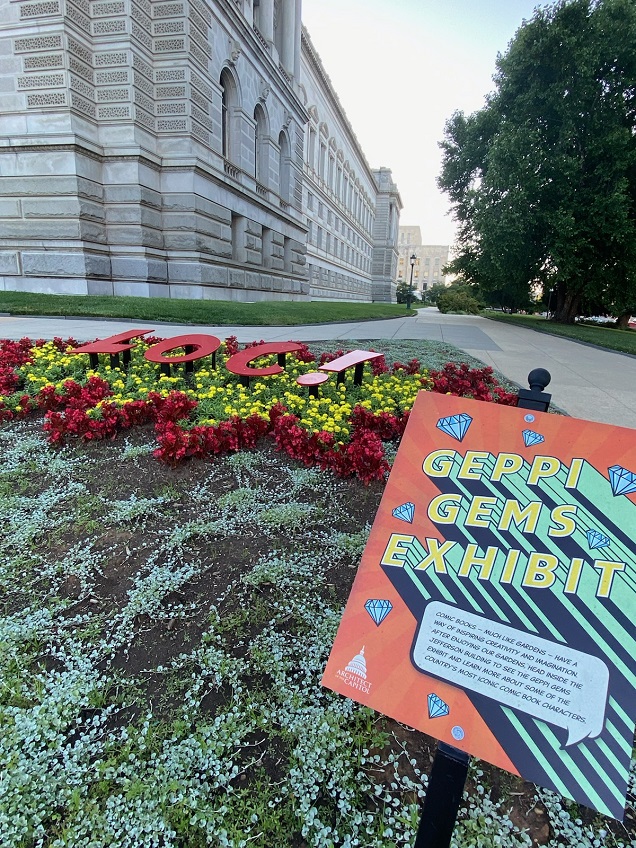 The Library of Congress has added a new sign advertising the Geppi Gems exhibit outside the Jefferson Building in Washington, DC.

“I feel so honored, of all the exhibits in the Library of Congress, mine is getting this special attention outside, for all to see! This is great exposure for the comic book and pop culture industry,” Geppi said.

The genesis for the exhibit began in May 2018 when Geppi made a multi-million dollar donation of over 3,000 pieces from his personal collection to the Library of Congress. The collection debuted in November 2018 and for this exhibit, the gems from Geppi’s collection are on display.

“It was a bittersweet day when I closed Geppi’s Entertainment Museum at Camden Station after 12 years, and donated its contents to the Library of Congress for all to see. In the eight months the exhibit has been open to visitors, and despite Covid restrictions, it has received rave reviews, and has brought me great satisfaction and happiness, knowing a far greater audience in the nation’s capital could enjoy the many artifacts of pop culture I was blessed with owning,” Geppi said.

Equal parts entertaining and educational, the exhibit explores pop culture and Americana’s impact from Walt Disney’s genius to the introduction of color printing in early newspapers. It chronicles Superman’s introduction and impact, as well as how Geppi himself turned his passion for pop culture into Geppi Family Enterprises.

“This beautiful exhibit may have my name on it, but it’s not about me. It’s about the joy it brings to the visitors who see it, and rekindle their childhood memories,” Geppi said.

The Geppi Gems Exhibit is currently open for viewing in the Graphic Arts Galleries of the Thomas Jefferson Building. The Library of Congress is located at 101 Independence Avenue SE in Washington, DC.