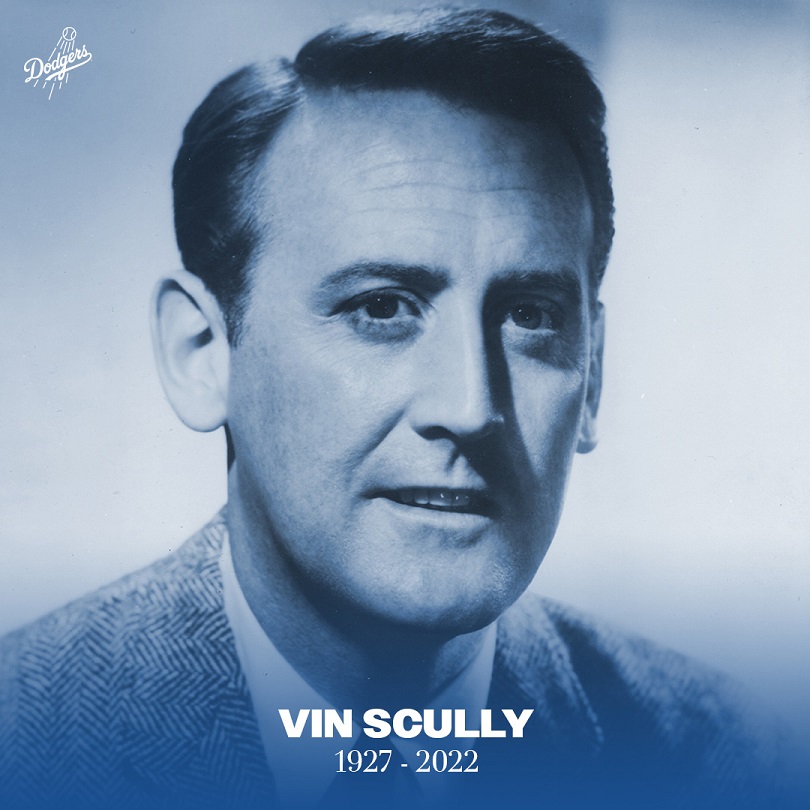 There’s a saying in baseball that records are meant to be broken. Vin Scully’s tenure as the broadcaster for a single team is not one of them.

Scully, whose 67-year career broadcasting the Dodgers spanned from their days in Brooklyn to 2016, and from Jackie Robinson to Sandy Koufax, and from Mike Piazza to Clayton Kershaw, has passed away. He was 94.

The National Baseball Hall of Fame gave the broadcaster the Ford C. Frick Award in 1982, just 34 years before he ended his career, which began in Brooklyn in 1954.

He was born November 29, 1927, in The Bronx and was raised in Manhattan. He was initially a die-hard fan of the then-New York Giants. That changed when he became the broadcaster for their crosstown rivals.

At 23 he became the youngest person to call a World Series, and his career would include many more, both for the Dodgers and network television. He broadcast national games, as well as golf and football for network television, and even appeared as himself broadcasting the fictitious game in the film For The Love of the Game.

He was known as much for silence and letting the sounds of the crowd and the game itself carry the story as he was for his incredible vocabulary storytelling.

Vin Scully was predeceased by his wife, Sandi, who passed away due to complications from ALS on January 4, 2021.

“We have lost an icon. The Dodgers’ Vin Scully was one of the greatest voices in all of sports. He was a giant of a man, not only as a broadcaster, but as a humanitarian. He loved people. He loved life. He loved baseball and the Dodgers,” team President and CEO Stan Kasten said in a statement.