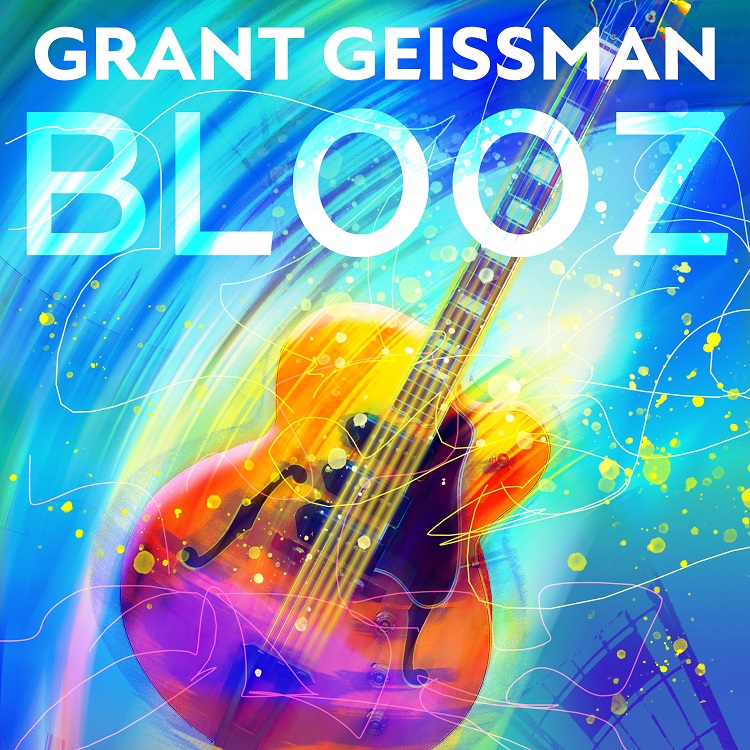 Composer and guitarist Grant Geissman is releasing BLOOZ, his 16th album, through his Futurism label as a joint venture with Mesa/Bluemoon Recordings. “The album is called BLOOZ because it’s my take on the blues. It’s a fairly wide interpretation, and not always traditional,” Geissman said. “It’s the album I always wanted to make.”

Geissman’s earliest exploration of blues music was recording and touring with Chuck Mangione in the late ‘70s. Over the course of his career, he has worked with Quincy Jones, Burt Bacharach and Elvis Costello, Robbie Williams, Lorraine Feather, Ringo Starr, and several others. He is also a session musician with a body of work that includes Two and a Half Men, Mike & Molly, The Big Bang Theory, and Mom.

BLOOZ will be the fourth album on his Futurism label, following Say That!, Cool Man Cool, and BOP! BANG! BOOM!.

“My decision to start the Futurism label, and writing and recording in a more traditional jazz vein, came after several years of soul searching to figure out what I wanted to do and what kind of music would mean something to me,” Geissman said. “I started listening again to the classic Wes Montgomery, Jimmy Smith, and Horace Silver albums I loved growing up and began to appreciate even more fully the way they balanced great melodies with jazz improvisations. That balance became the basis of the first three albums I recorded on Futurism. One of the reasons I created the label was so that I could explore anything I wanted – which to me is what an artist is supposed to do. On BLOOZ, with the help of great friends and incredible musicians, I had some of the most fun and made some of the best music of my career. And what could be wrong with that?”