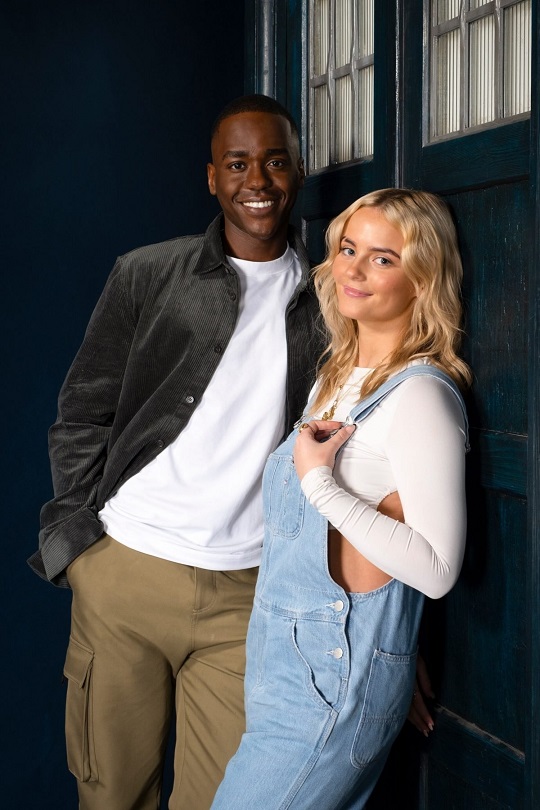 The Tardis is welcoming a new companion to join the New Doctor on his adventures. Coronation Street star Millie Gibson has joined Doctor Who as Ruby Sunday the companion to new Doctor, Ncuti Gatwa.

“Whilst still being in total disbelief, I am beyond honored to be cast as the Doctor’s companion,” Gibson said. “It is a gift of a role, and a dream come true, and I will do everything to try and fill the boots the fellow companions have travelled in before me. And what better way to do that than being by the fabulous Ncuti Gatwa’s side, I just can’t wait to get started.”

Gibson is best known for her work on Coronation Street, on which she played Kelly Neelan from 2019 to 2022. She was also in Love, Lies and Records, Jamie Johnson, and Butterfly.

“Millie just is the companion,” Gatwa said. “She is full of talent, strength, she has a cheeky sparkle in her eye and is sharp as a razor. From the moment she walked into the room she captured all of our attention with her effervescence and then solidified that attention with the sheer torque of her talent. This adventure is going to be so wild and so fun, I cannot wait to sail the universe with Millie!”

In May 2022 Gatwa was cast as the Doctor, making him the first Black actor in the starring role. Gatwa and Gibson will debut on Doctor Who in early 2023. The new season will air on BBC in the UK and Ireland, and stream on Disney+ in the US and elsewhere.

“It’s the great honour of my job to find the next generation of talent, and Millie shines like a star already. She’s brilliant, dynamic, clever and a wonderful actor. As a Coronation Street fan, I’ve seen Millie survive chases, guns and sieges, but that’s nothing compared to what lies ahead for Ruby Sunday,” showrunner Russell T. Davies said.

Gatwa follows the footsteps of Jodie Whittaker, the first female Doctor, who took her last Tardis trip in October 2022. But before Gatwa and Gibson board the Tardis, 10th Doctor David Tennant is reprising his role for three special episodes in November 2023 for the series’ 60th anniversary celebrations. Catherine Tate, who played Tennant’s companion Donna Noble, will rejoin him for the specials.