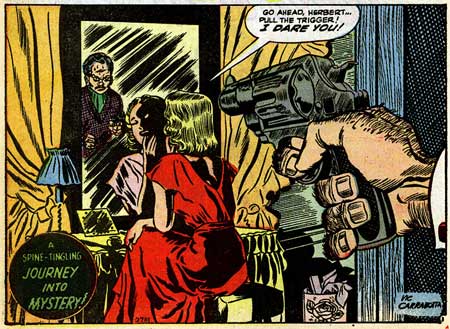 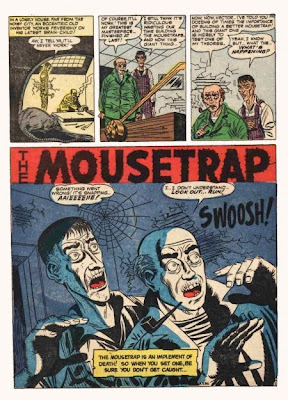 Comic and commercial artist Vic Carrabotta died on November 22, 2022. He was 93 years old.

Carrabotta’s comics work was prominently at Marvel in the 1950s. He was born on June 24, 1929, in New York City, attended Manhattan’s High School of Music & Art, then the Cartoonists and Illustrators School. In the early 1950s, his comics career began at Atlas on the short story “The House on the Hill in Astonishing #13. This was quickly followed by the story “Haunted” in the first issue of Journey Into Mystery.

Outside of Marvel, his comics work in the ‘50s included Planet Comics at Fiction House, The Amazing Adventures of Buster Crabbe and Black Diamond Western at Lev Gleason Publications, and Chilling Tales at Youthful Comics.

Carrabotta left comics after a decade of work to spend the bulk of his career as an artist and art director for advertising companies and magazines. He was the art director at Reader’s Digest, art director at BBDO in Manhattan, then worked as a freelance storyboard and conceptual artist for clients like AT&T, Coca-Cola, and Kenner Toys. He also did some work in movie posters, designing posters for Pirates of the Caribbean.