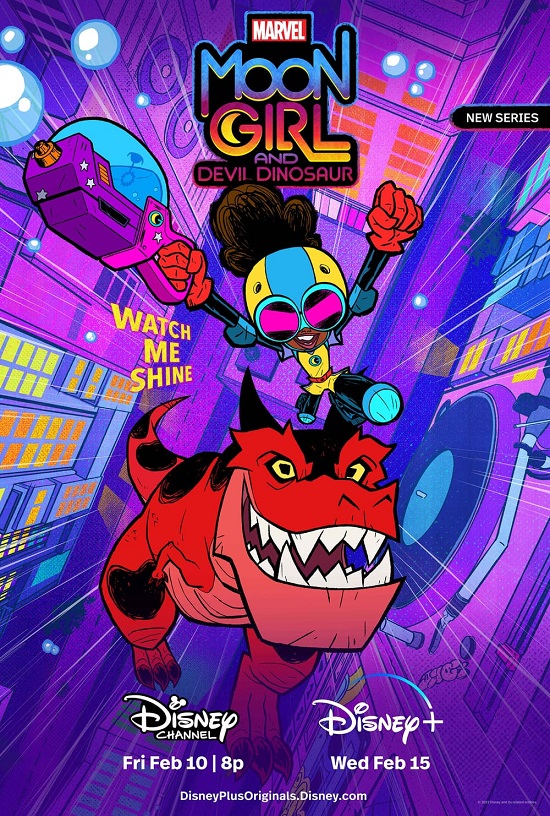 Disney has released the full length trailer for Moon Girl and Devil Dinosaur, the animated series based on the comic of the same name.

The trailer starts by introducing Lunella Lafayette/Moon Girl, a 13-year-old genius who accidentally transports Devil Dinosaur, a 10-ton T-Rex, to her home in New York City. As the pair bond, they also begin their journey as protectors of the Lower East Side.

Moon Girl and Devil Dinosaur will premiere on Disney Channel on February 10, 2023, then the first six episodes will start streaming on Disney+ on February 15.