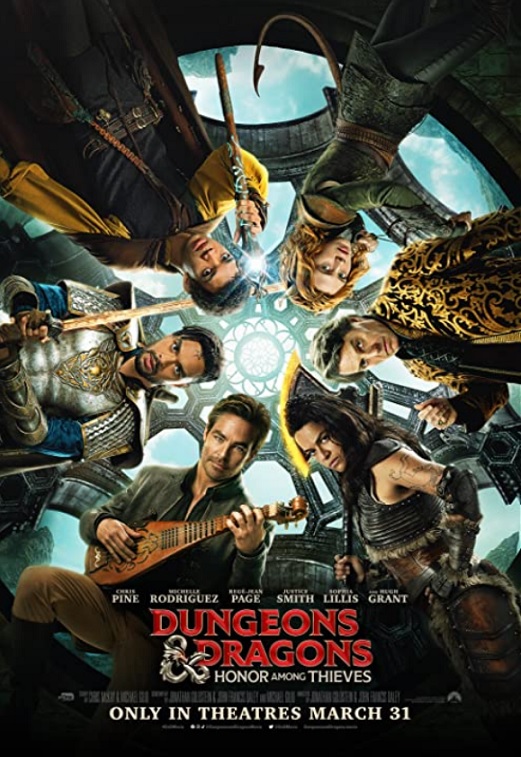 Paramount Pictures has released a new trailer for Dungeons & Dragons: Honor Among Thieves showcasing the villains and the challenges the heroes will face. As established in the first trailer, the group of thieves have helped the wrong person steal the wrong thing and are now on a quest to fix that mistake.

The new trailer begins with a comical action scene of Holga (Michelle Rodriguez) fighting multiple opponents while Edgin (Chris Pine) can’t even free himself from his bindings. From there, it reveals that the Red Wizards of Thay have used an artifact to create an army of the undead.

Edgin and Holga are joined by Xenk (Regé-Jean Page), Doric (Sophia Lillis), and Simon (Justice Smith) to stop Szass Tam and the Red Wizards. They will travel through dangerous territory, fight a dragon and other beasts, and deal with Forge (Hugh Grant) – all while trying not to accidentally die by diving into an orifice or destroying a bridge to safety.