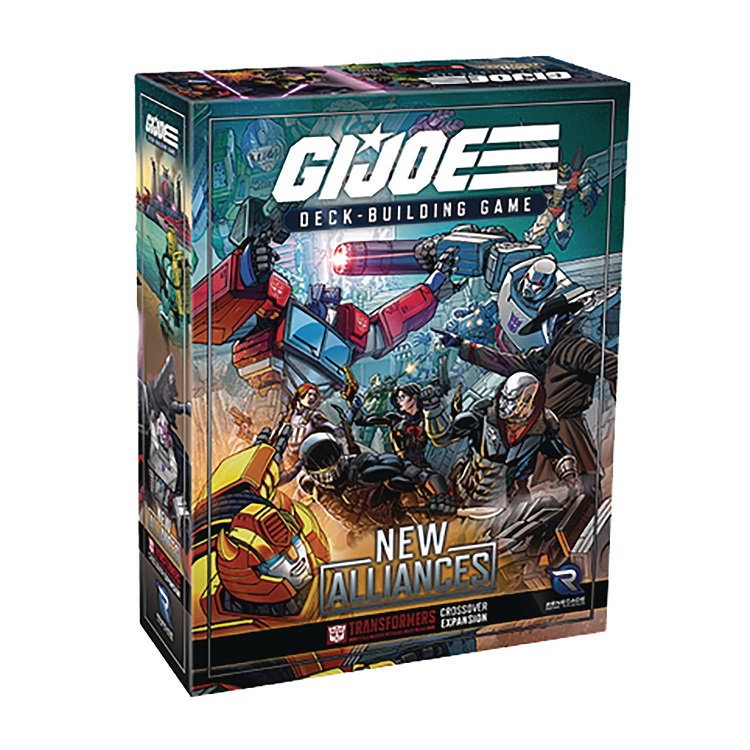 The Joes will join forces with the Autobots in the new deck building expansion, G.I. Joe: New Alliances from Renegade Game Studios.

“The Joes get a visit from an unexpected ally, Bumblebee, who warns that their archenemy Cobra has teamed up with their enemy, the Decepticons, and that what they are planning will not bode well for planet Earth or the people who call it home,” the game’s description reads. “The forces of Cobra have new allies in their plot to take over the world! Alien robots have landed on Earth and it’s up to G.I. Joe to figure out if they’re friend or foe!”

“In this expansion, the Joe’s will have to team up with the Autobots and investigate the Cobra/Decepticon plot,” the description continues. “Take advantage of the Autobots’ different modes to ride into missions or add some cybernetic muscle to your teams!”

The G.I. Joe deck-building game is required to play this expansion. It retails for $35 and will be in stores on March 29, 2023.