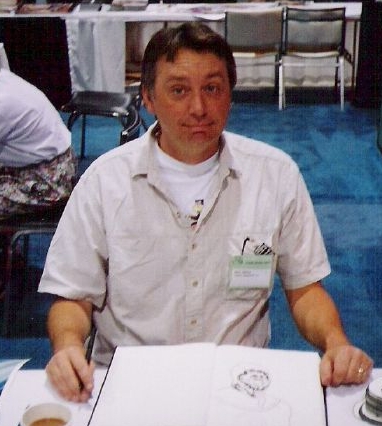 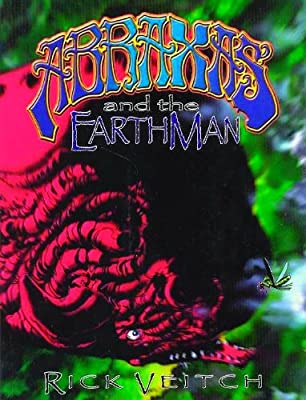 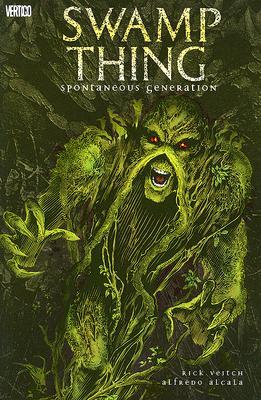 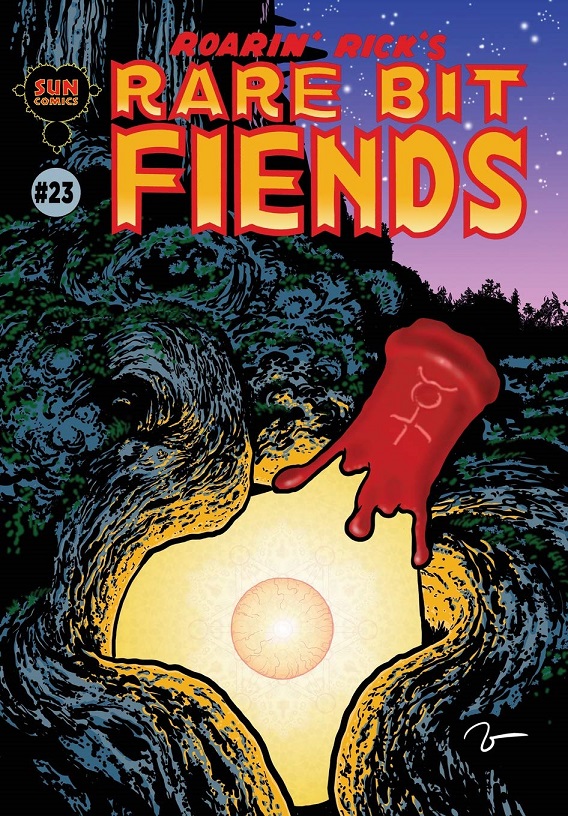 Comics artist and writer Rick Veitch has worked in mainstream and underground comics for nearly 50 years. He had his first published work came in 1972 in the underground comix horror parody Two-Fisted Zombies, which was written by his brother Tom Veitch. He studied cartooning at The Kubert School as part of the first class to graduate from the school in ’78.

In the ‘80s, Veitch earned a reputation as a fantasy artist and writer on Marvel’s Epic Comics line. He created the graphic novels Abraxas and the Earthman and Heartburst (both science fiction) and The One, a fantasy epic about superheroes and the Cold War.

His best known work was in Swamp Thing, joining Alan Moore on the title at issue 37 in June 1985 when John Constantine was introduced. Veitch worked on the title regularly until #50 and also worked with Moore on Miracleman, drawing the story that showed the birth of Miracleman’s child in #9.

Veitch took over writing duties for Swamp Thing when Moore left the title at #64. His style was to write stories that combined horror and fantasy, while also paying special attention to environmental concerns. Veitch also added time travel so that Swamp Thing could meet figures from the past. His run ended at #91 after creative differences with then-DC President Jenette Kahn.

After leaving DC he did mostly indie or alternative comics, such as the graphic novels Bratpack and The Maximortal. He then created his own publishing imprint, King Hell Press to reprint black and white editions of all of his graphic novels.

Veitch created a series of strips called Roarin’ Rare Bit Fiends as backup features in his other titles, which evolved into a regular series Rare Bit Fiends in ’94. King Hell published 21 issues, which have since been collected in trade paperback form that includes bonus content, such as Veitch’s essays on the nature of dreaming.

He worked with Moore again at Image on 1963 and Supreme, then became the regular artist on Moore’s America’s Best Comics line at Wildstorm. There, he co-created and illustrated the Spirit homage “Greyshirt” adventures in Tomorrow Stories, followed by the Greyshirt series.

Back with DC, he was involved in the Aquaman relaunch and The Question miniseries that reimagined him as a self-trained urban shaman. In 2006 he created, wrote, and drew the graphic novel Can’t Get No about a failed businessman at the World Trade Center during the September 11 attacks. For the book, Veitch didn’t use word balloons, rather it featured captions and stream of consciousness free verse poetry to tell the story. In 2007-2009 he also wrote and penciled Army@Love for Vertigo.

Outside of traditional comics, Veitch was a pioneer for early internet usage and in ’98 he and Steve Conley co-created an online convention site called comicon.com. It combined message boards, news, and was a web host for creators. He is still running the site today and is an advocate for self-publishing comics in print and digitally.