Geoffrey Blum, has written both Disney Duck comics and Duck historiography. A leading authority on Carl Barks, Blum has probably published more about “Unca Carl” than anyone else. For 15 years he was associate editor at Another Rainbow Publishing, where he helped compile two editions of the Carl Barks Library, the famous collection of comics, history, biography, and interviews. He also penned deft, highly literate and often outrageous English dialogue for originally foreign Donald and Scrooge comic book stories.

Blum’s versions of those stories earned him his first generation of fans. Blum’s Barks knowledge slipped easily into the Ducks’ mouths, adding a gentle modicum of cross-references and continuity. He also tipped his authorial hat to other works of great literature. He was the first to feature the Ducks quoting Gilbert and Sullivan operettas. And famous prose authors were also invoked. In “The Green Attack” in Uncle Scrooge #221, a story featuring monstrous, magical plants, garden owner Contessa Rappaccini took her name from Giacomo Rappaccini, a mad botanist in Nathaniel Hawthorne’s writings.

“The Green Attack” starred Scrooge’s sorceress foe Magica De Spell, one of Blum’s favorite characters. In 1999, Blum turned from dialoguing other creators’ stories to creating all-new stories for Egmont, Denmark’s Disney creative house. Not surprisingly, Magica was featured in the first one, “World Wide Witch” in Uncle Scrooge #320. Capitalizing on the rise of Internet business, “Witch” also included a spoof of wicca culture and a barrage of wild wordplay. Up next was “Dime and Dime Again” in US #321-322, with the Beagle Boys attempting to see whether Scrooge’s first dime could really bring them luck.

Like several of Blum’s stories, “Dime” was based on a plot idea Barks left behind. It seemed fitting that such a scholar of the Old Duck Man should carry on his work. Of course, this is not to say that Blum is mired in the past. He has cited his goal as to “keep the Barks style, but pull the Ducks and their brand of satire firmly into the new millennium.”

In the late 2000s, Blum directed a deluxe Barks edition for Egmont, featuring fresh research and many more articles, as well as new design and illustration. 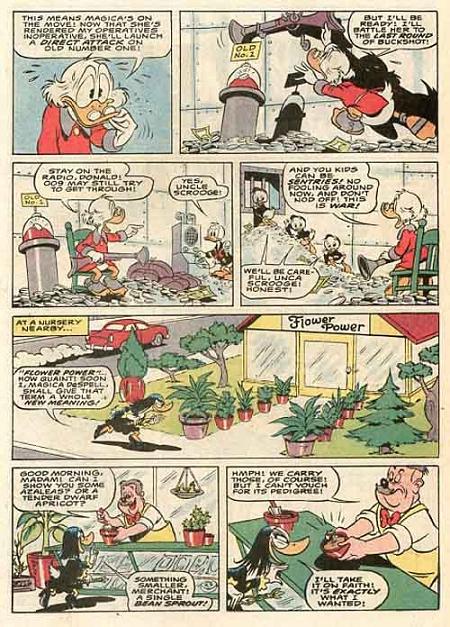 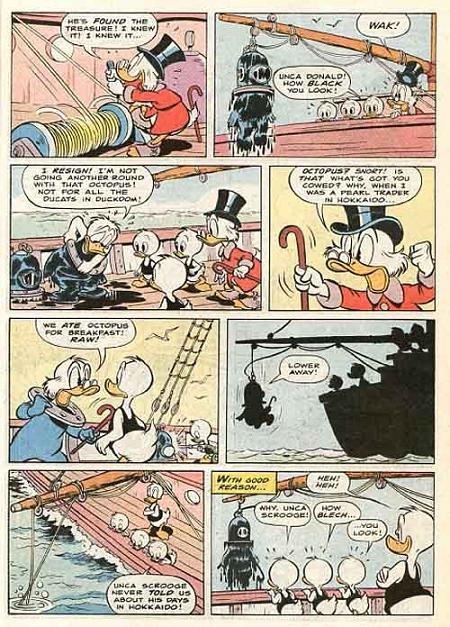 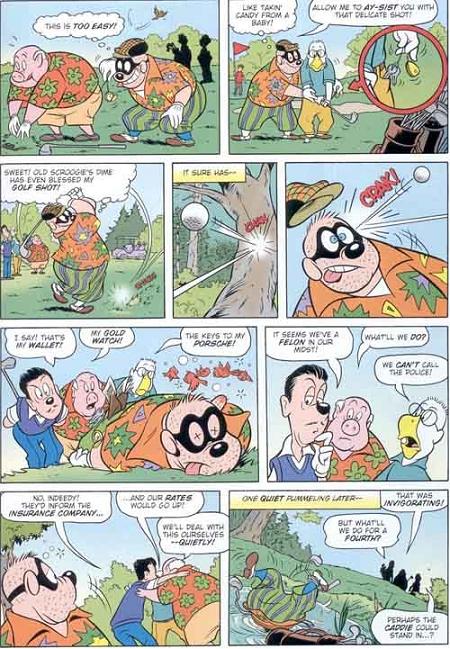 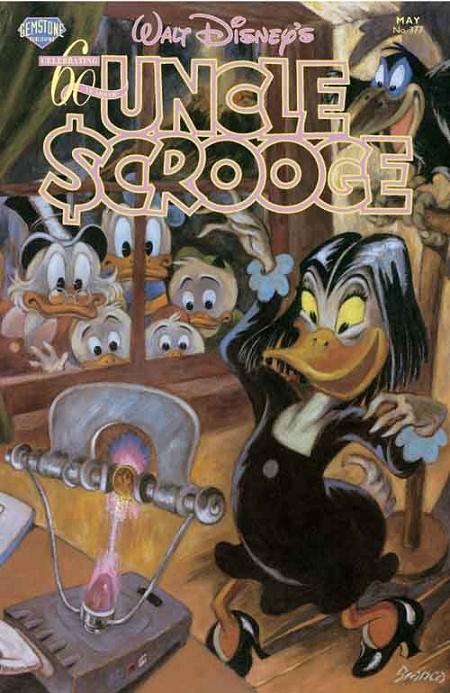