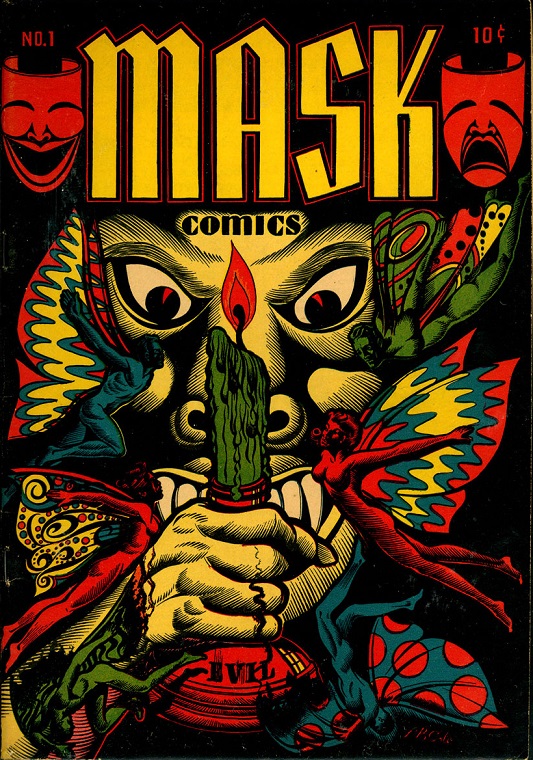 This mystery man was brought back into the four-color spotlight in the 21st century via Dynamite Entertainment’s SuperPowers-affiliated titles by Alex Ross. But no matter who dusts off this nightmarish hero and brings him back to face badness in the new millennium, nothing beats Cole’s original adventures starring the dark do-gooder that were on newsstands everywhere around 80 years ago.

Appreciated by Golden Age collectors and Cole enthusiasts alike, this highly collectible issue is arguably one of the best comic covers ever produced. This classic issue is a must for comic book enthusiasts who want to expand their funny book war chest with one of the great collectible comics that the decades-old sequential storytelling medium had to offer. Released at the tail-end of World War II in February/March 1945, “V is for Victory” – and dark avengers like The Mask have proven over the long decades they have what it takes to both win over collectors while also winning the fight!