Smokey Stover was a million different things. It was possibly the greatest screwball comic ever. On another level it may have been the best expression of the manic energy created by a tight Vaudevillian revue ever found in the world of art.

The strip also contributed timeless phrases to American slang (Foo anyone? How about Notary Sojac?). Smokey celebrated one of the worlds most thankless occupations, the fireman. Whatever it was to whomever was reading it, it was undoubtedly one thing, really, really funny.

This week, Scoop celebrates the birthday of Smokey's creator Bill Holman. Born on February 22, 1903, this amazingly gifted artist and writer not only did Smokey, but at one point in his career had three strips running at the same time. Besides Smokey there was the daily gag panel Nuts and Jolts and another strip devoted to the cat Spooky.

Each strip was filled with multiple jokes. Sometimes three or four in a single panel. The strip started on March 10, 1935 and lasted until Bill Holman's retirement in 1973. The unique individuality of the strip made it almost impossible for anyone else to carry on after Holman's departure.

Holman's life was devoted to comics, his family and his country. During WWII he promoted Saving Bonds, made numerous trips to the South Pacific to entertain troops and also visited Veteran's hospitals regularly. He was also one of the co-founders of the National Cartoonists Society and in 1961-62, its President.

Scoop has enjoyed a long freindship with Holman's nephew, Victor Alsobrook. He currently runs a highly entertaining website devoted to his Uncle's life and craft. There are plenty of Smokey, Spooky and Nuts and Jolt comics to read. As well as a great biography of his uncle's life. In addition Alsobrook cares for Holman's wife, the 88 year young Dolores.


The official site for Smokey Stover is at http://www.smokey-stover.com/index.html. Scoop has featured Smokey. Scoop has featured Smokey several times over the years. They can be found at http://scoop.diamondgalleries.com/scoop_article.asp?ai=6246&si=124 and also http://scoop.diamondgalleries.com/scoop_article.asp?ai=2413&si=126. 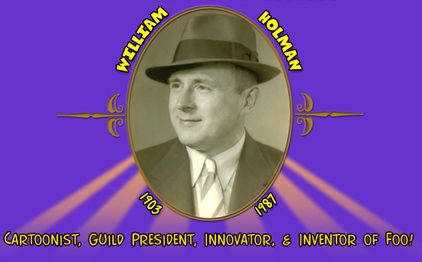 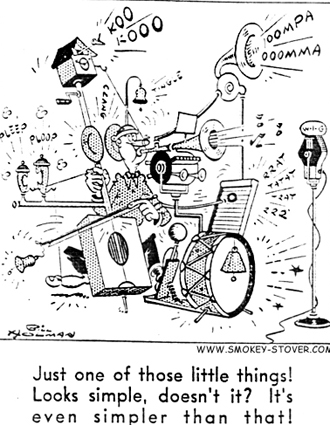 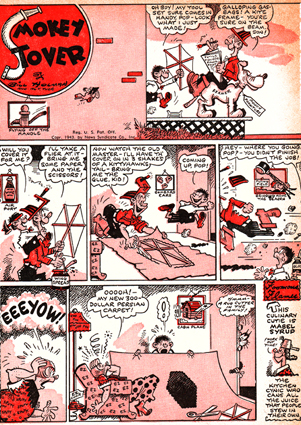 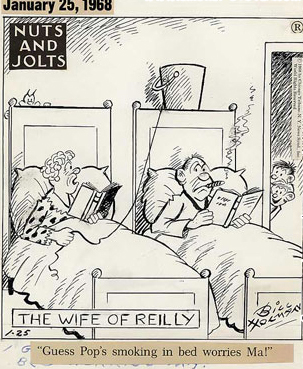 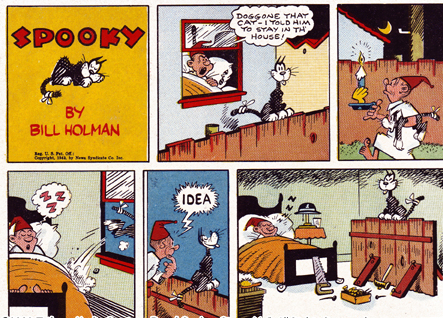