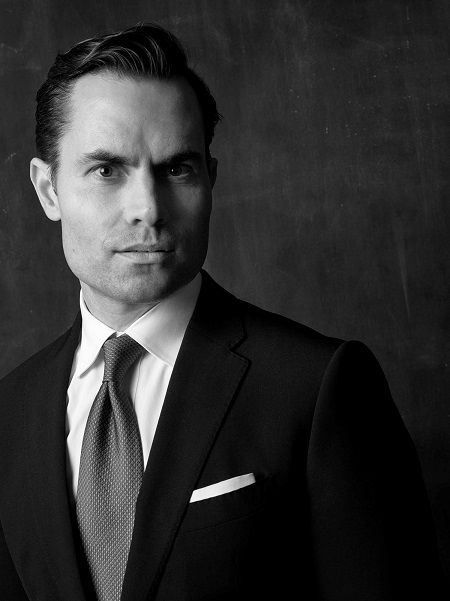 Phil Michaelson, CEO of LiveAuctioneers, has announced the appointment of Brook Hazelton to the newly created position of Advisory Board Chairman, heading the company’s soon-to-be-launched Auctioneer and Dealer Panel.

A highly respected art auction and financial industry executive who has excelled at the uppermost levels of both those fields, Mr. Hazelton served as Christie’s President for North and South America from 2015 to 2018. During his tenure there, Mr. Hazelton successfully led all client-focused teams as the company’s top executive in the region. He restructured Christie’s office network and increased collaboration and mentoring while introducing new target-setting, compensation and performance-measurement systems.

Prior to his tenure at Christie’s, Mr. Hazelton served as Global CEO for Phillips auction house. He currently serves as Chairman for WineCredit, the leading lender to fine wine collectors and merchants. He is also the co-founder of St. James Partners, a private investment firm focused on the ownership and management of luxury-related businesses. Earlier in his career, Hazelton held leadership positions with Goldman Sachs in Geneva, The Carlyle Group in London, and James D. Wolfensohn in New York. He received his BA with Honors from Princeton University and an MBA from the Harvard Business School.

“We’re delighted that Brook is bringing his eye for excellence to LiveAuctioneers. He earnestly builds trusted relationships and is one of those rare individuals who never fails at bringing a business vision to fruition,” said Mr. Michaelson. “As Global CEO at Phillips, Brook was able to set a new strategy, reposition the business, and rapidly lead it on an upwards trajectory. He recognized that becoming the leader in a distinct, underserved category – cutting-edge and contemporary art and design – was a winning plan. Under Brook’s direction, the company differentiated itself by introducing new artists to the secondary market every season, showcased in beautiful, oversized catalogues. With stunning gallery space in Manhattan’s Meatpacking District, they hired passionate experts, invested in technology, and attracted a whole new audience of buyers to Phillips. It was a genius move blending new customer acquisition and merchandising, and it worked.”

Mr. Hazelton said he hopes to bring greater awareness to auction houses at all levels that intelligent technology partnerships invariably lead to growth and that, in its sector, LiveAuctioneers is the undisputed bidder-acquisition and technology leader. “In the art and auction arena, I have seen numerous companies come and go because they do not offer real value to clients – they are all form and no substance. On the other hand, LiveAuctioneers drives meaningful results because the company has always kept its focus on delivering a reliable, high-quality product. They’ve never promoted themselves at the expense of their auction-house partners. They simply deliver more traffic, which, in turn, delivers more bids.”

“I have followed the company for nearly 15 years now, and LiveAuctioneers has always been an innovator,” Mr. Hazelton continued. “New and better technology is a key part of the company’s DNA, all the way up to the CEO, Phil Michaelson, who received a certificate in computer science in addition to his BA from Princeton and MBA from Harvard Business School. As clients, my wife and I appreciate the inventory selection and bidding experience on LiveAuctioneers. I’m honored that I was invited to undertake this new role at a company that can offer so much to auction houses, whether they sell high-priced art and luxury items or iconic pop culture collectibles.”

A California native and American citizen who grew up primarily in Europe, Mr. Hazelton conducts business in English, French, German and Spanish. He frequently volunteers his time as a charity auctioneer and has raised millions of dollars for worthy organizations around the world. He also is a founding board member at Charity:Water, a leading non-profit organization that has already brought clean drinking water to more than 10 million people in the developing world.