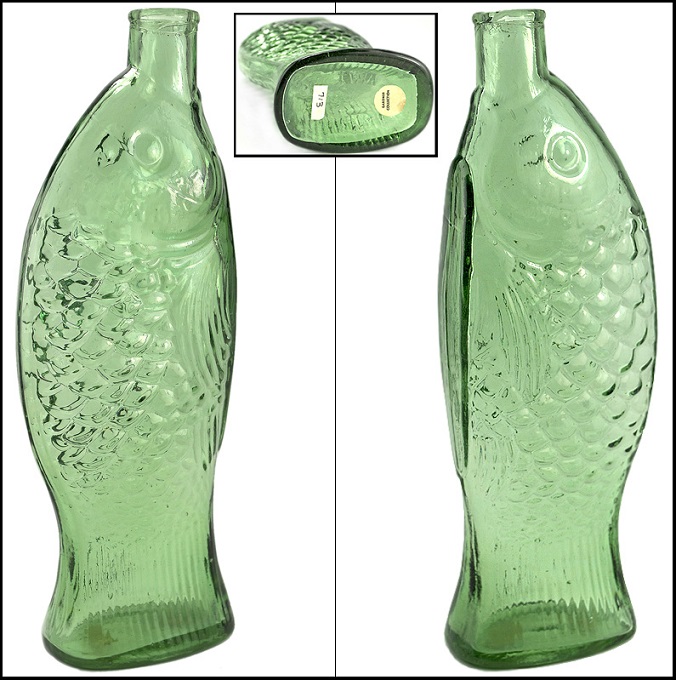 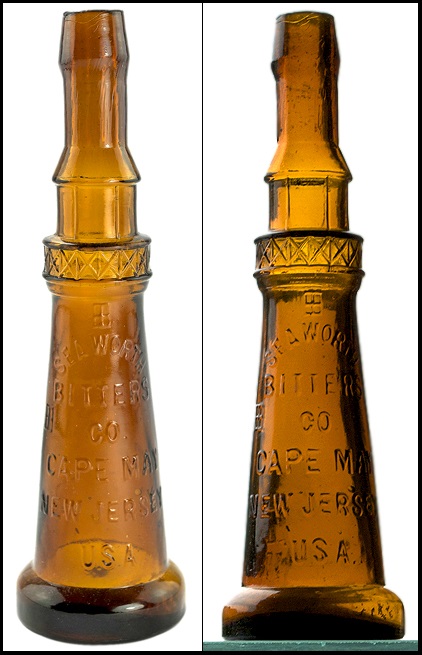 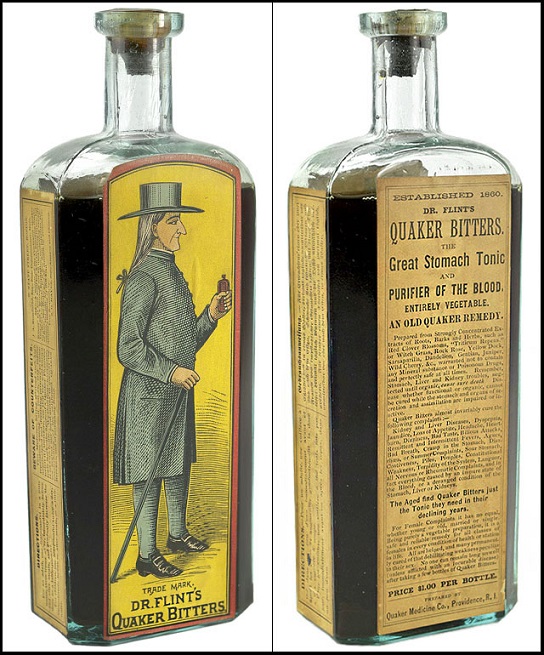 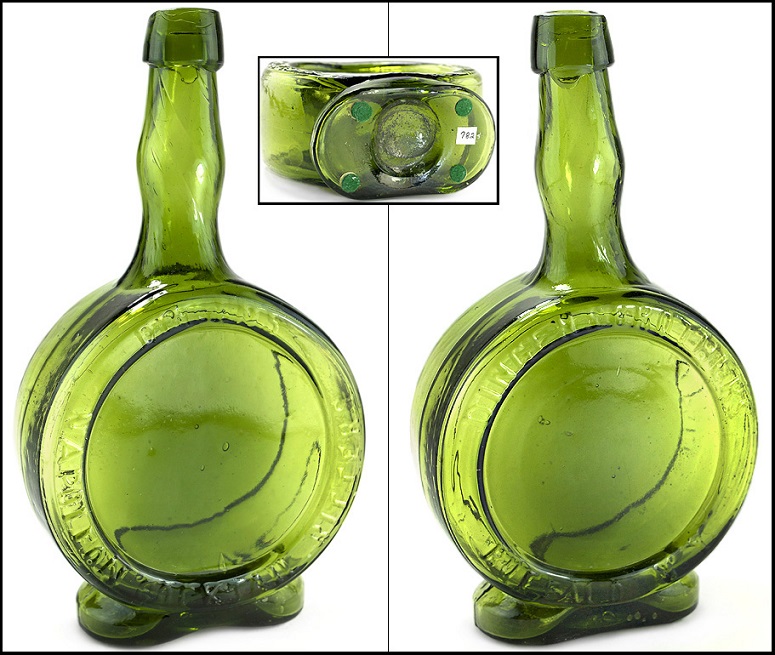 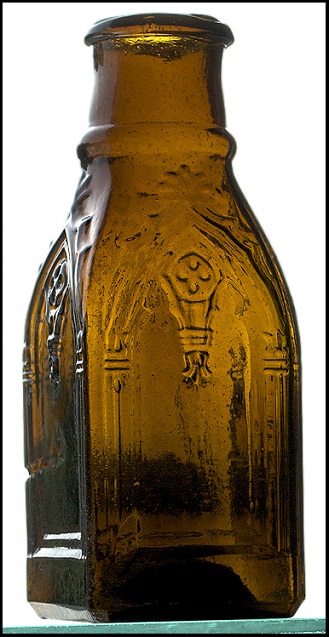 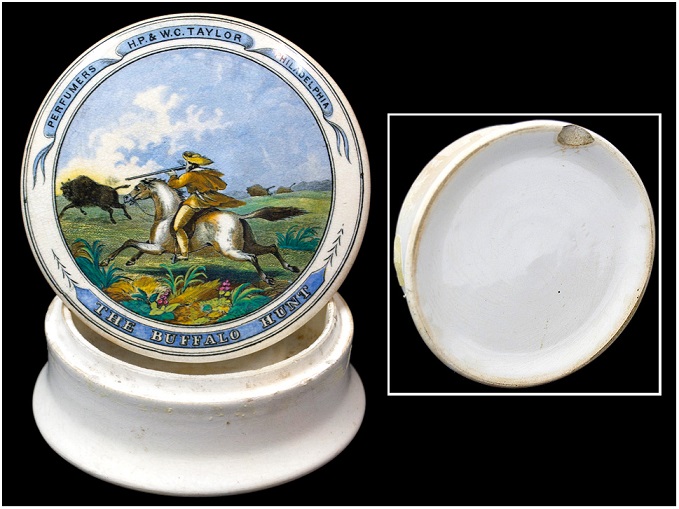 A Seaworth Bitters Company (NJ) bottle, made circa 1880-1890 in a unique form, almost identical to the Cape May Lighthouse in New Jersey, aqua colored and in perfect condition, sold for $25,740 in Glass Works Auctions’ online-only Summer Sizzler Auction #132, which closed on July 22, 2019. A smaller amber version of the bottle garnered $9,945.

Both of the Seaworth Bitters were won by a collector who specialized in Southern New Jersey bottles. They were just two of the highlights in a 246-lot auction that had a near-perfect sell-through, with only three of the bottles failing to sell. Overall, the auction grossed a little more than $350,000, with buyer’s premium. All bidding was handled through www.glswrk-auction.com.

The aqua Seaworth Bitters bottle stood 11-1/4 inches tall and boasted a smooth base and tooled lip. It came from the Sidney Genius collection and is possibly the only known example in perfect condition. The smaller amber bottle, from the same collection, was just 6-1/2 inches tall. The Cape May Lighthouse was built in 1859 by the U.S. Army Corps of Engineers and is still in use today.

As impressive as the taller bottle was, it was not the top lot of the auction. That honor went to a Fish Bitters bottle (“W.H. Ware / Patented 1866”), which finished at $32,760. The bottle, made in Pennsylvania circa 1866-1875, was light to medium lime green and stood just over 11-1/2 inches tall. Only a few are known to exist in this pure green color, and it has no auction record.

Another Fish Bitters, this one a yellowish lime green figural fish, 11-3/4 inches tall, changed hands for $12,870. Normally, it might have been the finest example of a Fish Bitters to be auctioned this year, were it not for the one just described. Both were exceptional bottles in pristine condition, and in a truly exceptional green color, but the above bottle was far superior.

“The two Fish Bitters were in exceptionally rare colors,” said James Hagenbuch, president and owner of Glass Works Auctions. “The top lot was from the Charles Gardner Collection, sold in two sessions at Skinner’s in 1975. Sidney Genius couldn’t attend the November session so he sent his mother to bid for him. Sidney told us that she was ‘very aggressive’ and landed the fish.”

Following are additional highlights from the auction. All prices quoted include buyer’s premium.

An Old Sachem Bitters and Wigwam Tonic bottle, very rare and with a desirable light-to-medium smoky moss green barrel, 9-1/2 inches tall and made around 1865-1875, fetched $17,550. “Early bottles in the form of a barrel are very popular, especially the Old Sachem that was produced in a wide range of attractive colors,” Mr. Hagenbuch said. “When describing antique bottles, you could say that ‘color is king,’ and this one wears the crown quite nicely.”

Two bottles realized identical selling prices of $7,020. One was a St. Drake’s “1860 / Plantation / X / Bitters – Patented 1862” bottle, made in New York circa 1862-1875 and appearing as a light pink six-log cabin, 10 inches tall, with nice smooth base. The other is an American pot lid for “Perfumers, H.P. & W.C. Taylor” (Philadelphia). The lid shows a man on a horse about to shoot a buffalo, copied from the painting An Indian Buffalo Hunt by the frontier artist George Caitlin.

“Sidney Genius has a large collection of pot lids,” Mr. Hagenbuch said. “The ‘Buffalo Hunt’ is one of the two most desirable of all American pot lids and is highly sought after by collectors in both England and Australia. This pot lid went to a Delaware collector who specializes in them.”

Two other pot lids also fared well in the auction. The first was also for “Perfumers, H.P. & W.C. Taylor” (Philadelphia) and had a scene of George Washington preparing to cross the Delaware River. The bottle, circa 1845-1860, was in a scarce cream color, with purple transfer. The second lid was for “Worsley’s Saponaceous Shaving Compound” (Philadelphia), an important, historic American pot lid showing a scene of Independence Hall in Philadelphia, made circa 1850-1860.

A Smyth Fire Extinguisher bottle (American, circa 1880-1900), with the saying “Multum in Parvo” (Latin for “much in a little”) commanded $3,510. It was an excellent example of a rare grenade, 6-1/4 inches tall, with a 30-lobed rib pattern. Selling for the same amount was an ‘Old Dr. J. Townsend’ Sarsaparilla (NY) bottle, made circa 1840-1860, in a medium to deep amber color and 9-1/2 inches tall, with applied tapered collar mouth. It’s rare to see this bottle in a pure amber.

An eight-sided domed teakettle ink bottle, made in America circa 1875-1895, amethyst in color and just shy of 2-1/2 inches tall, with a smooth base, sheared lip, original brass neck ring and hinged cap, went to a determined bidder for $3,217; while a Dr. Flint’s “Quaker Bitters / Providence, R.I.” bottle, circa 1880-1890, 9-1/4 inches tall, in perfect condition and even having the original contents, sold for $2,691. The original labels were intact on three sides of the bottle.

Glass Works Auctions maintains a gallery and offices in East Greenville, PA. The firm is always accepting quality bottles and related items for future sales. To inquire about consigning a single piece or an entire collection, call them at (215) 679-5849 or send an email to info@glswrk-auction.com. The firm’s next auction is tentatively slated for later on in the fall.