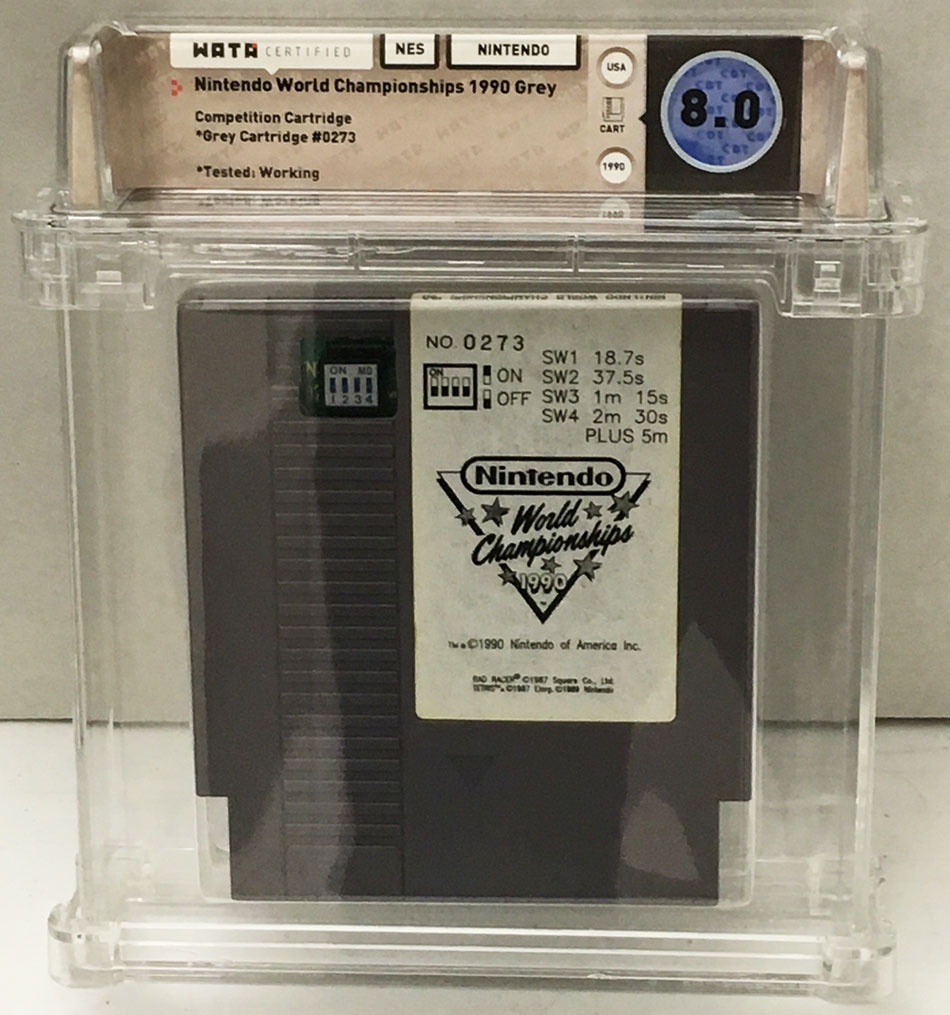 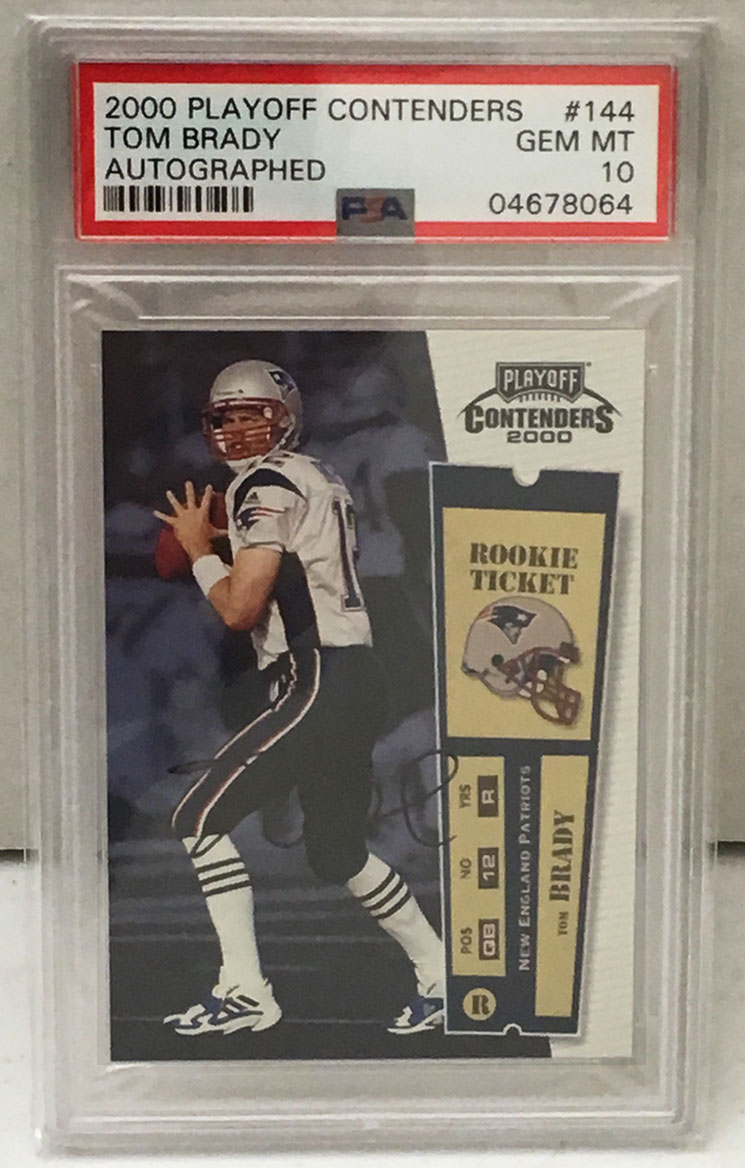 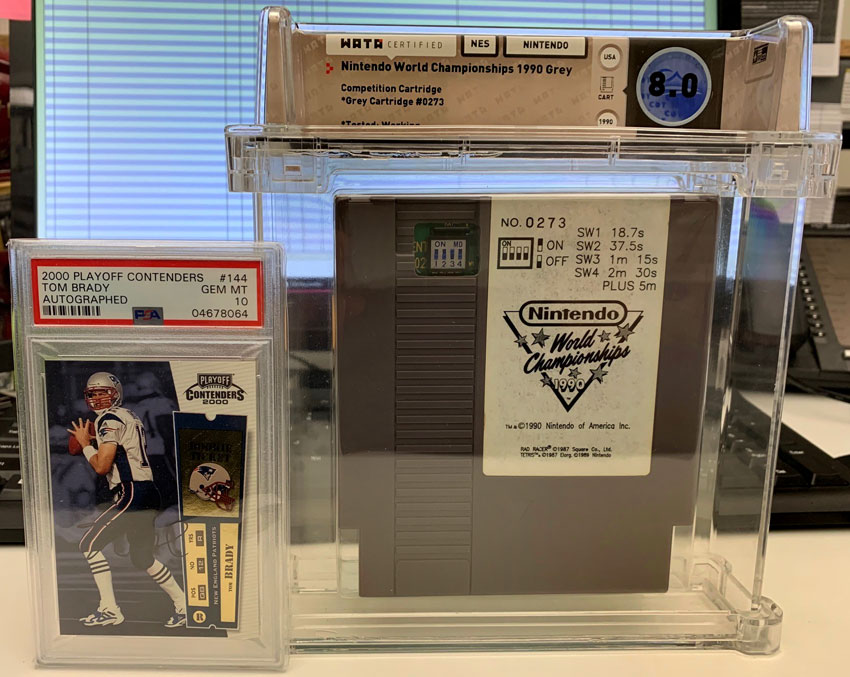 A rare Tom Brady rookie card with a value of $168,000 hard cost was traded, one-for-one, for the Nintendo World Championship grey cartridge. The cart is now the record holder as the world’s costliest video game, with a current value of $168,000. That shatters the previous record sale of $100,150 for a video game. “This is a perfect example of the rapid and expansive growth of the collectible video game market,” Zurzolo added, “Which continues to establish itself as a serious player as an investment, as well as a fun, nostalgic hobby.”

The Tom Brady 2000 Playoff Contenders Rookie Ticket Autograph #144 PSA Gem Mint 10.0 card was sold in April 2019 for $168,000 via auction. The Brady is currently the most expensive modern football card and arguably the second most expensive football card overall. Only 14 Gem Mint examples of this card exist due to the low print run for later round draft picks; Brady was taken in the sixth round, 199th overall.

These carts were never meant to last past 1990’s event, as the majority of the Nintendo World Championship grey carts suffer from glue motting, label discoloration, and paper lifting. In the rare event a copy of this cartridge is found, it typically presents one or more of these major condition issues. This WATA-graded Nintendo World Championship 8.0 cartridge is amongst the highest graded and one of the finest copies known to exist.

Zurzolo told Scoop that Metropolis Collectibles will continue to provide an industry leading role that showcases the best in comics, original comic art, and vintage video games as their clients head into the new decade. Those looking to buy or sell with Metropolis can reach Zurzolo by calling (212) 260-4147 or emailing buying@metropoliscomics.com.