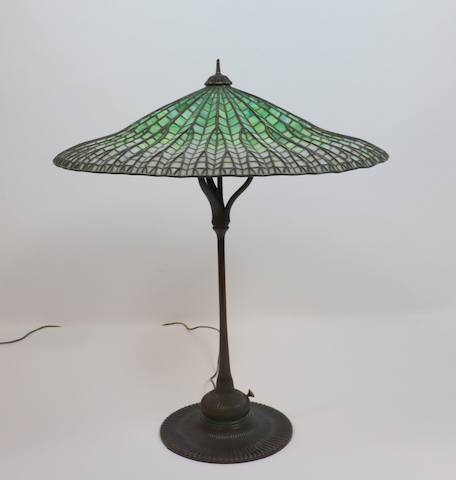 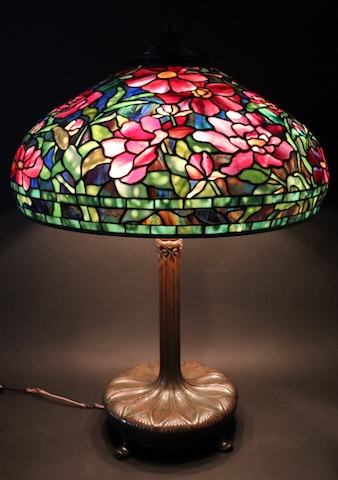 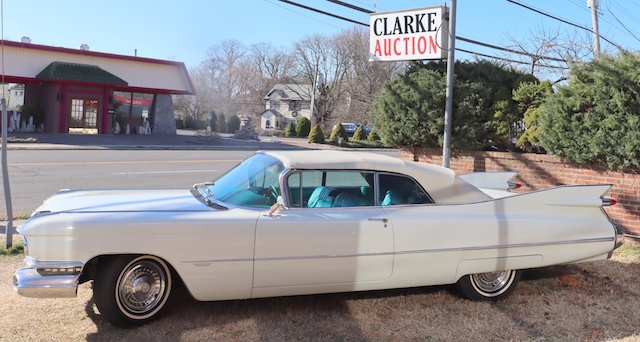 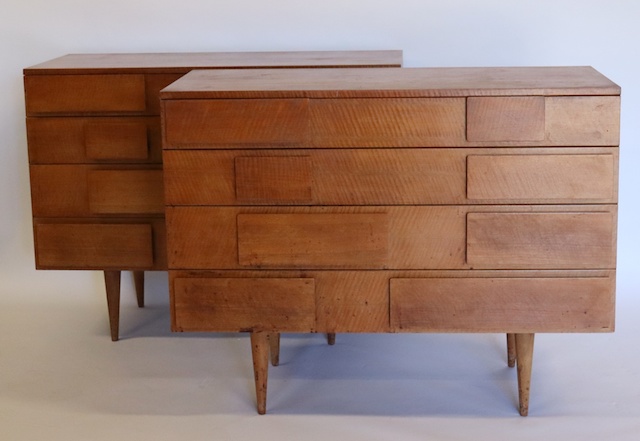 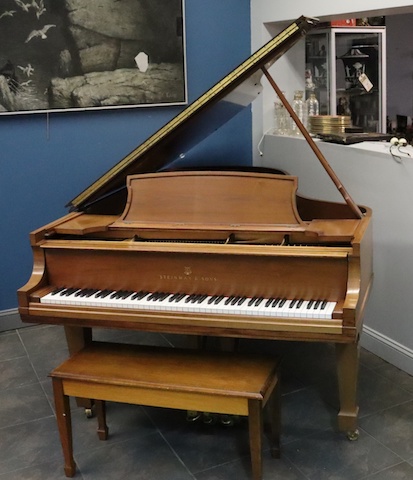 The auction saw even more participation as the auction grossed just over $1 million and went off without a hitch. Offerings in the sale were strong across the board overall with a diverse selection of top draw goods.

While not billed as a designer auction, it’s little surprise that leading the sale were designer names and renowned firms like Tiffany Studios, Gio Ponti, Rene Lalique, David Webb, Steinway, and Bulgari.

“Even though the news was changing daily, almost hourly, in the days leading up to the auction, we were confident we could responsibly present an auction that would keep safe both our staff and anyone who came to preview,” said owner and auctioneer Ronan Clarke. “We made sure our online and phone bidding capabilities would run smoothly and allow for higher than usual capacity. And having an embarrassment of riches crossing the block from rare Tiffany lamps to works by listed artists and luxury accessories didn’t hurt either.”

The top two lots of the auction were fine Tiffany table lamps that came out of an important New York City collection. Earning $150,000 was a signed “Lotus” lamp, standing 26-1/4 inches tall, that attained $150,000. Following closely on its heels at $125,000 was a vivid “Peony” table lamp, having a 10-inch shade, that was used as an illustration on page 51 in Egon Neustadt’s renowned book on Tiffany lamps. Another standout among Tiffany lamps was a large and signed Tiffany Studios chandelier having a geometric pattern with piano border, 17 inches tall, that realized $25,000.

Driving across the auction block was a white 1959 Cadillac Series 62 Deville convertible, that sold for $57,500, which was bought at RM Sotheby’s in 2008 but its new owner passed away shortly after and the car remained in a garage. It was recently consigned by the owner’s estate and driven a short ten miles to Clarke. Undoubtedly, its new owner will be only too happy to take this beauty out for many pleasant drives.

Fine art was an integral part of the auction with listed artists figuring prominently in the auction, including a Frank Stella offset lithograph, “Cipango” 1972, signed and dated, that realized a healthy $6,250 and a Jim Dine (American, b 935) mixed media self portrait from 1996, earning $7,500, which came from a New York City collection.

Several lots did well over their estimates, including a Continental School (17th-18th century) oil on canvas laid to board. portrait of a gentleman, estimated at $600-900, that went out at $7,500, and a rare set of four copper Art Nouveau copper sconces, measuring 20 by 12 inches, with signed Quezal art glass shades having great color that trumped its $1,000-1,500 estimate to realize $8,750.

Rene Lalique was well represented in the auction with a signed Grande Nue Bras Levés figure that went within estimate for $31,250, having frosted glass with wood base and from an important New York City collection, 24-1/2 by 8 by 8 inches, including base; a signed opalescent “Bacchantes” vase, 9-1/2 inches tall, that sold within estimate for $9,375 and a signed  “Camee” vase, 10 inches tall, that went well over estimate at $7,500.

Asian art is always a large part of Clarke auctions and highlights in this sale were led by a pair of carved cinnabar “Dragon” incense stands that did well at $6,250. The 20th century and Xiangji stands have square tops delicately carved with dragons among clouds above pierced waists and aprons, 35-1/2 inches tall.

Rounding out the auction was a Steinway & Sons Model B Piano serial #489132 that attained $18,750, a silver grouping of Continental objets d’art, including a German .935 silver hinged case, two Russian enamel-decorated salt cellars with matched spoons and an 18K yellow gold sewing kit far, which far surpassed its $300-500 estimate to bring $6,875, and a sterling Tiffany & Co. Hampton flatware set, totaling 117.3 troy ounces, going for $9,375.

The jewelry category was led by a David Webb 18K gold, platinum and diamond statement ring with a central panel of round brilliant cut diamonds flanked by two tiers of round brilliant cut diamonds that attained $17,500. The ring came out of the familial estate of long term founder and owner of the Buffalo Bills, Ralph Cookery Wilson Jr. Proceeds from the sale of this estate will benefit St Jude Children’s Research Hospital and Shriners Hospitals for Children.

Other jewelry highlights included a Russian emerald, ruby, pearl, and diamond bracelet set with alternating faceted rubies and emeralds that made $7,500. According to the consignor, this bracelet was brought back from Russia by her grandfather, a furrier who frequently traveled there and back. Also featured was a Bvlgari Serpenti Spiga 18K rose gold, diamond and white ceramic, tuboga-style snake watch that doubled its high estimate to bring $7,500. Like the Webb ring, this piece also came from the Wilson estate to raise funds for the children’s hospitals.

All prices reported include the 25% buyer’s premium.