Sunday, July 5, 2020
Scoop is a totally free e-newsletter, produced for the benefit of the friends who share our hobby!
Home 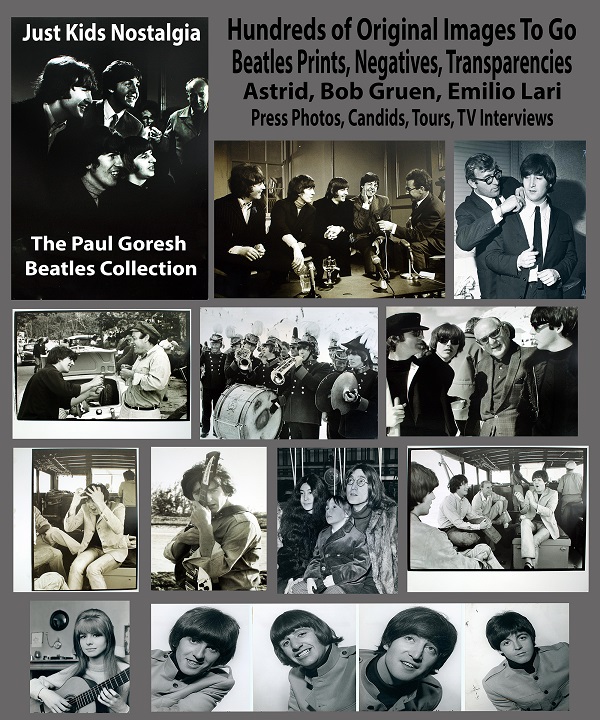 Just Kids Nostalgia has finished Part One of the three-part Paul Goresh Beatles Collection, which ran for two weeks on eBay and grossed over $250,000. Among the top highlights were the final photos Goresh took of John Lennon on December 8, 1980, which brought in over $100,000.

A signed copy of Spaniard In The Works, the last book signed by John Lennon, topped $18,000, setting a record price, according to Just Kids Nostalgia. There were many signed Beatles items that cleared $50,000, specifically the 1960s Beatles photographs exceeded $25,000.