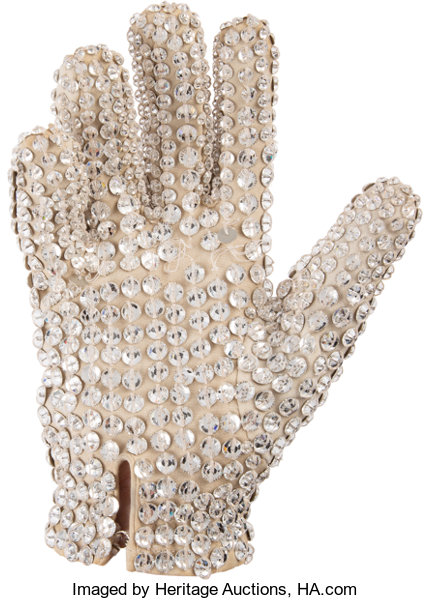 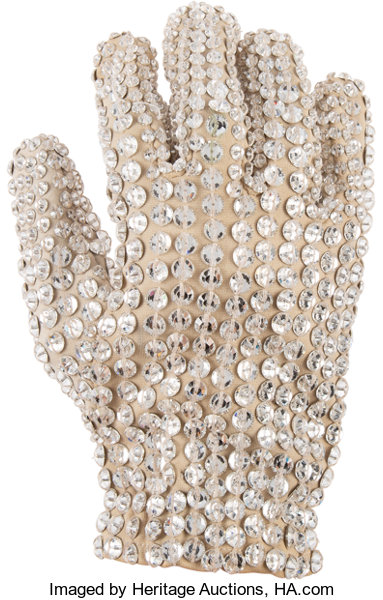 Heritage has a thrilling piece of pop culture memorabilia in their Entertainment & Music Memorabilia Auction on August 8-9, 2020, in Dallas, Texas.

A Michael Jackson personally owned crystal-studded glove worn on stage during the Victory tour in 1984 will likely catch the eye of collectors. Part of Jackson’s legacy was his flashy style, from the sunglasses to the leather jackets. Perhaps none of those pieces of apparel are as identifiable as the single glove he wore at the height of his popularity.

The 1984 Victory tour was the last one that included all six Jackson brothers. During the six-month tour, they performed in 55 concerts for about 2 million people.

“This is an incredibly important piece of music memorabilia, worn on stage by one of the most popular stars of all time,” Heritage Entertainment & Music Memorabilia Director Garry Shrum said. “That he wore this during the Victory tour, the last time the Jackson brothers all performed together, makes it even more valuable, because there never was another like it.”

When that tour started, Jackson was the biggest musical star in the world whose Thriller album was a massive hit. Many of the songs on that tour were from Thriller and his Off the Wall album, with Jackson singing lead on many of the songs, wearing the sequined glove, and doing his signature moonwalk.

More images and information about the glove, as well as the rest of the 1,170-lot auction are available on Heritage’s website.