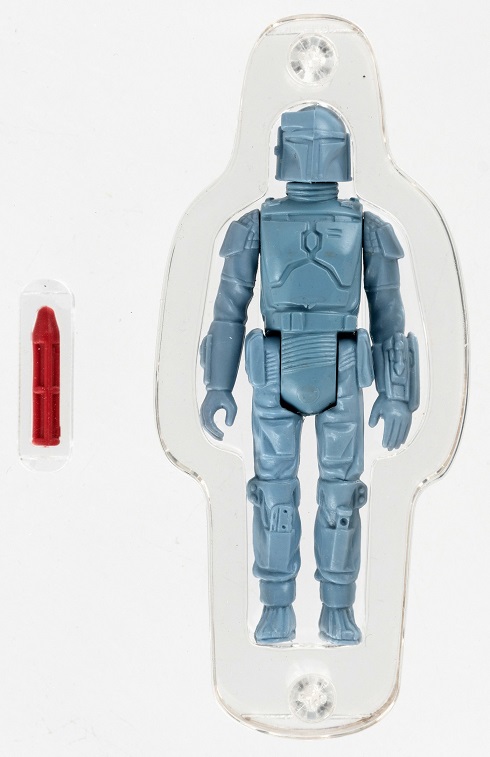 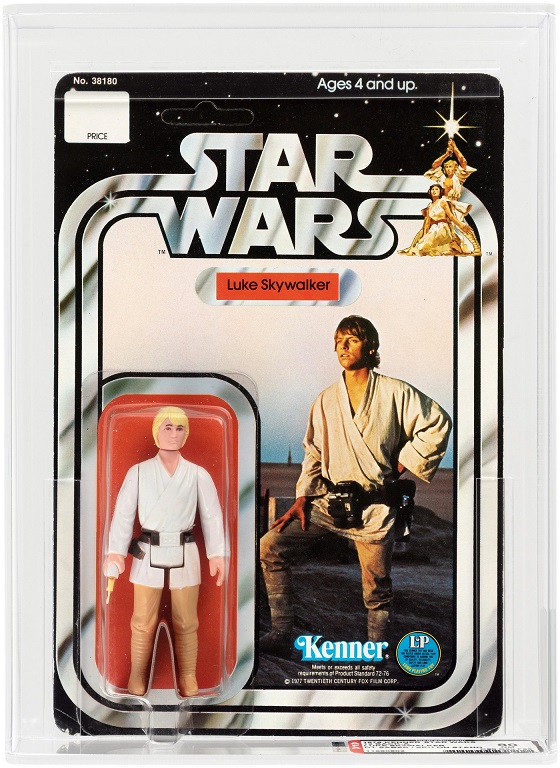 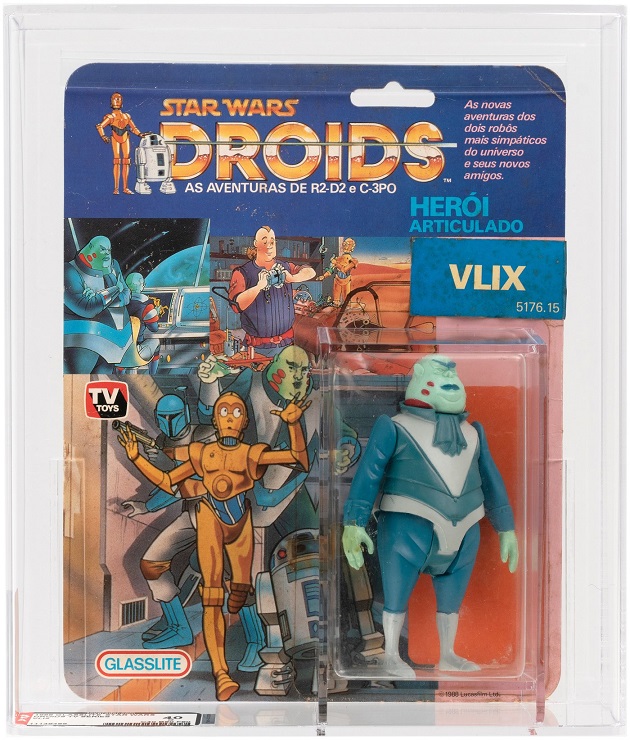 The Boba Fett rocket-firing prototype (L-slot) AFA 80+ NM targeted a total of $62,239. This 3-3/4” tall unpainted prototype was made for Kenner’s 1979 toy line but it never went into production. This differs from previous L-slots Hake’s has sold because it was part of a small batch of preproduction prototypes that were assembled as intended without the rocket-firing mechanism.

Also representing the galaxy far, far away was the Star Wars Luke Skywalker 12-back-A AFA 80 NM double-telescoping with SKU on the footer that realized $32,450, over the high-end estimate of $20,000. This 3-3/4” figure came from Kenner’s 1978 toy line and is noted for the double-telescoping lightsaber which has a second extendable piece that wasn’t used after this version.

The Glasslite Star Wars: Droids – Vlix AFA 40 G, which is the rarest of all Star Wars figures offered commercially, sold for $19,470. The 4-1/4” figure comes from the 1988 collection that was only released in Brazil due to the cancellation of the animated series in the US.

The Turkish Blue Stars Uzay AFA 50 Q-VG hammered for $19,211. This 3-3/4” figure is a blue version of the Hoth Snowtrooper that was released in Turkey in 1988 by SB Products. It comes from a line of unlicensed bootleg figures that have attained cult status with collectors as some feature bizarre modifications and often humorous card art.

One of two known Jawa 12-back-C (vinyl cape) AFA 85 NM+ grabbed $17,534. This figure features the vinyl cape version, which was the first variety produced before it was transitioned to a cloth cape.

All prices include the 18% buyer’s premium. All of the top lots from Part I and Part II can be viewed on Hake’s website.