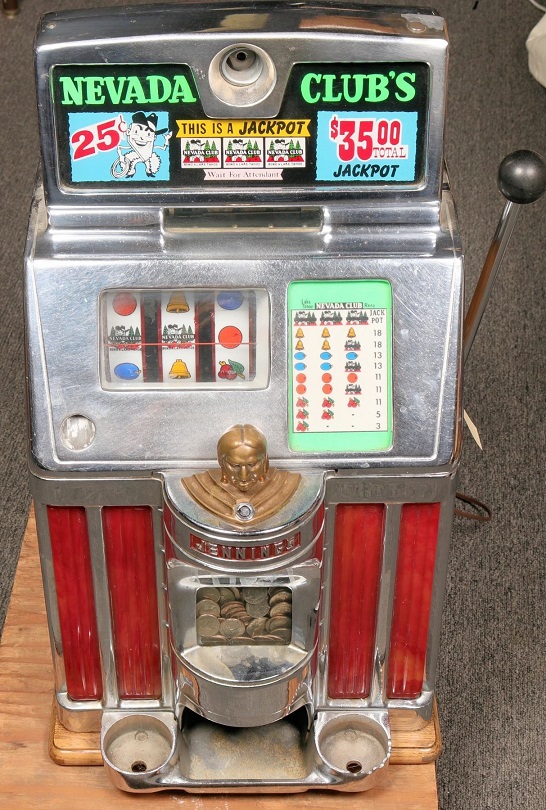 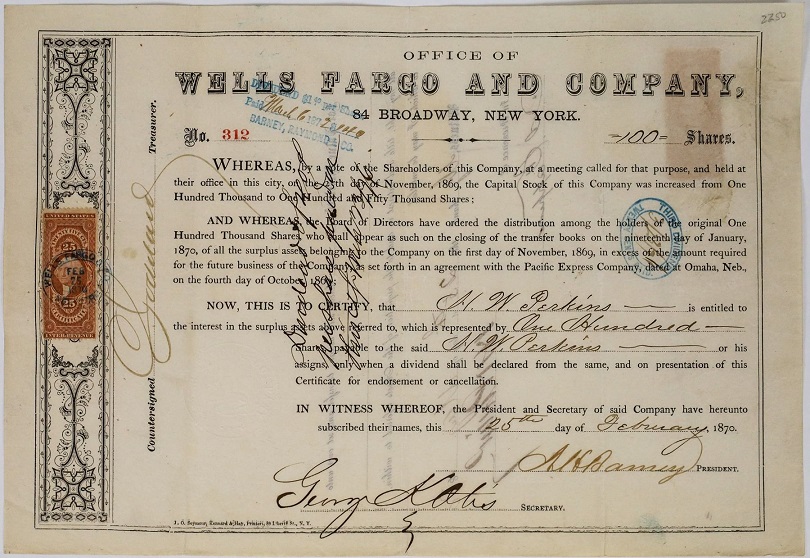 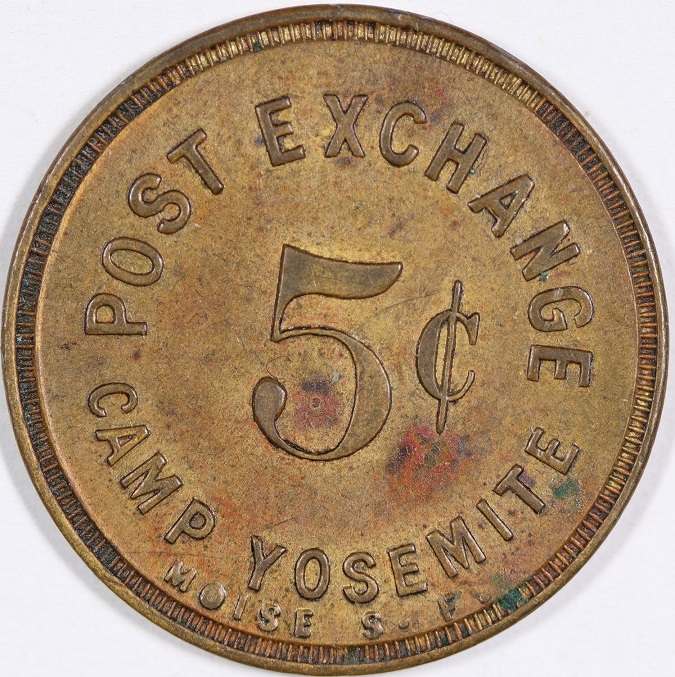 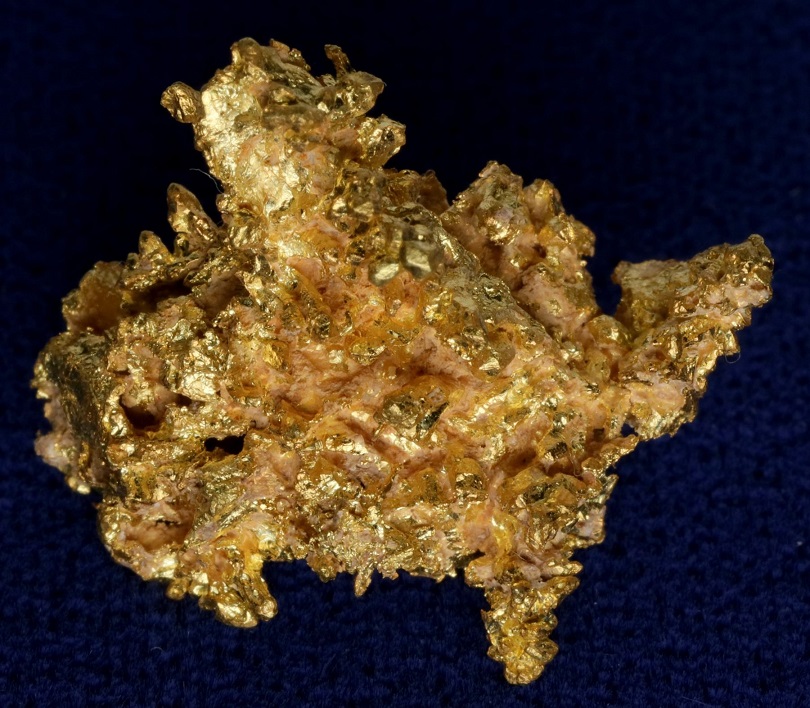 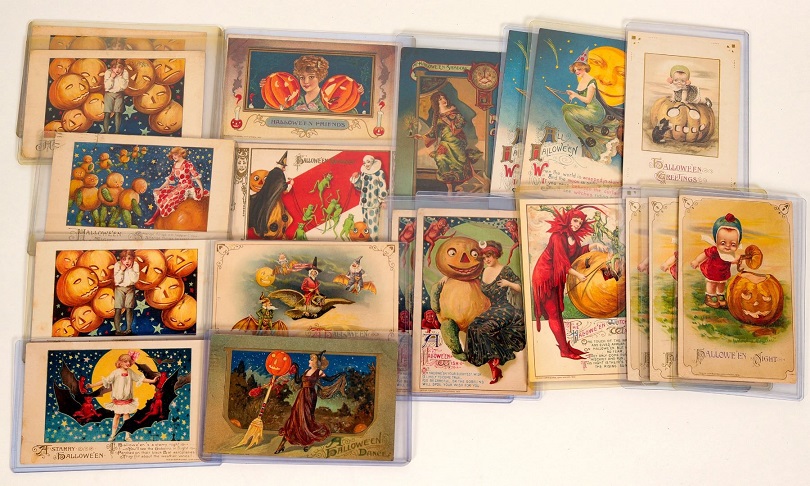 More than 3,600 lots in a wide array of collecting categories crossed the auction block over the course of the five days. “We had a 75% sell-through. It would have topped 80% had it not been for the art category,” said Fred Holabird, president and owner of Holabird Western Americana Collections. “The auction attracted a registered bidder audience of more than 5,000 people who placed over 50,000 bids, representing over 750 separate buyers. It was a great sale.”

Following are highlights from the auction. Online bidding was facilitated by iCollector.com, LiveAuctioneers.com, Invaluable.com and Auctionzip.com. Telephone and absentee bids were also accepted and were a big part of the sale. All prices quoted include the buyer’s premium.

The star lot of day 1 was the classic 1960s 25¢ slot machine from the Nevada Club Casino, a must-have for collectors of Lake Tahoe items. The machine featured the classic Jennings Indian Head in brass. Also sold was a heavy turquoise and silver-twisted wire and stamped bracelet, featuring a beautiful oval turquoise stone from the Royston mining district in Nevada ($1,220). “One of our specialties is silver-turquoise jewelry, and this sale was loaded,” Mr. Holabird said.

Other day 1 superstars included a glazed China marble, a little over an inch in diameter, in the King’s Rose pattern, which went for $1,000, as part of a large vintage marbles collection; and a group of six Navajo (Arizona) cuffs, five of them stamped and one stamped and hammer embossed with eagle and swastika designs ($1,000).

Day 2, October 30, was even more packed than day 1, with a staggering 762 lots of firefighting memorabilia, fraternal organizations items, badges (which also came up for bid on day 5), numismatics, bullion, ingots, coins and currency, dies and hobbs, ephemera and exonumia, medals, so-called dollars (named because they are shaped like silver dollar coins) and tokens.

The $1,000 note from the Federal Reserve Bank of San Francisco (Series of 1934-A) was a day 2 notable. It was in VF-to-EF condition and featured a portrait of President Grover Cleveland. Also offered was a coin hoard of 90% silver U.S. coins with a face value of $220: Mercury dimes, Roosevelt dimes, Washington quarters and Walking Liberty half-dollars. It made $3,782.

An extremely rare 5¢ token from the post exchange at Camp Yosemite in California, round and 24 millimeters in diameter, knocked down for $2,000; while a token from the Herman & Wright Saloon in Gillett, Colorado, 28 mm, changed hands for $1,187.

Day 3, on Halloween, had 685 ‘spooktacular’ lots of collectibles in a wide variety of categories: transportation, stocks and bonds, minerals and mining, tools, firearms, political memorabilia, World’s Fair items and militaria. Firearms sales were subject to state and federal regulations.

The 1870 Wells Fargo and Company (NY) stock certificate was the top lot of day 3. It was certificate #312, issued for 100 shares to H.W. Perkins and signed by the company president, treasurer and secretary. Also, a stock certificate from 1879 for the Metallic Consolidated Gold & Silver Mining Company (Lake District, near Mammoth Lake, CA) for 95 shares made $1,125.

A crystallized gold specimen from the Monarch Mine in Comstock, Nevada, circa 1989 or 1990, weighing 12.8 grams, the finest crystallized specimen to come out of that mine, sold for $1,830. Also, a set of nine original 19th century touchstone needles used by jewelers as a way to test gold by making a streak on a streak plate and comparing it to the streak on the needles, reached $812.

A flintlock blunderbuss pistol, caliber unknown and with no proof marks shown, possibly made in Spain, Portugal or India in the 1800s and likely for display purposes, hit the mark for $1,750. Also, a company stock specimen from the 1920s for the Owl Drug Company, boasting four owl vignettes on the corners, number 662, with officers’ names hole-punched, commanded $625.

On day 4, a collection of over 300 tokens from military camps in Vietnam, made by SEGA for use in slot machines, pinball machines and jukeboxes during the Vietnam War years (1962-1971) brought $1,687; while a group of about 19 Halloween cards, with artwork by John Winsch, one of the finest artists of the early postcard period that ran from circa 1905-1910, finished at $1,562.

Holabird’s gallery is located at 3555 Airway Drive in Reno. Anyone owning a collection that might fit into an upcoming Holabird Western Americana Collections auction is encouraged to get in touch. The firm travels extensively throughout the United States, to evaluate and pick up collections. The company has agents all over America and will travel to inspect most collections.

Holabird Western Americana Collections is always in the hunt for new and major collections to bring to market. It prides itself as being a major source for selling Americana at the best prices obtainable, having sold more than any other similar company in the past decade alone. The firm will have its entire sales database online soon, at no cost – nearly 200,00 lots sold since 2014.

To consign a single piece or a collection, you may call Fred Holabird at (775) 851-1859 or (844) 492-2766 or send an email to fredholabird@gmail.com. To learn more about Holabird Western Americana Collections, visit www.holabirdamericana.com. Updates are posted often.