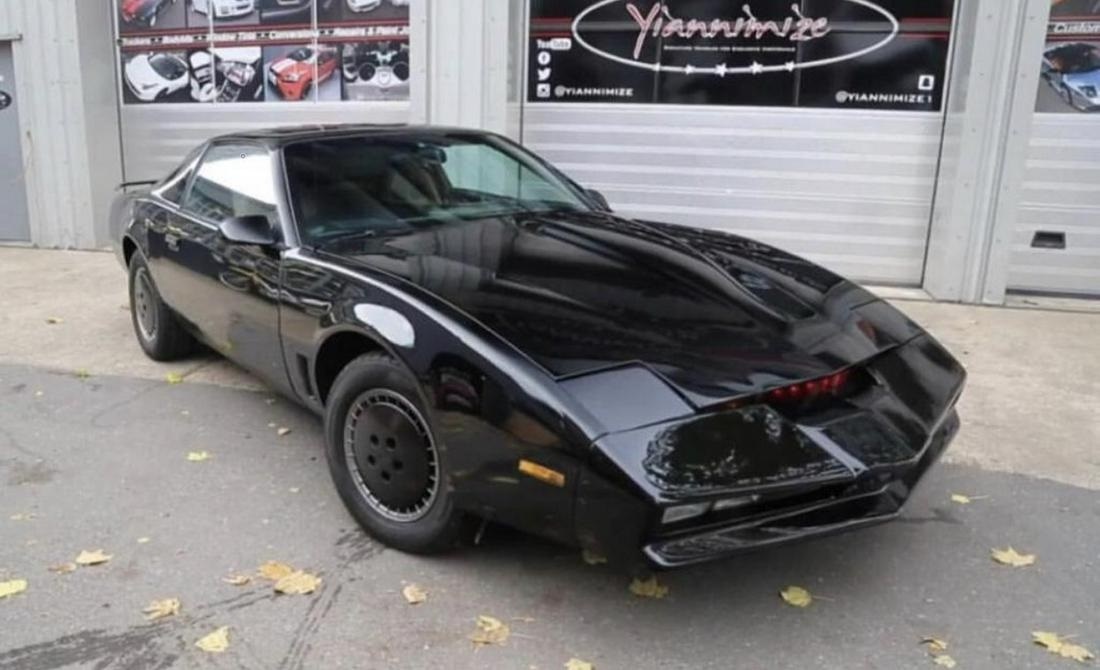 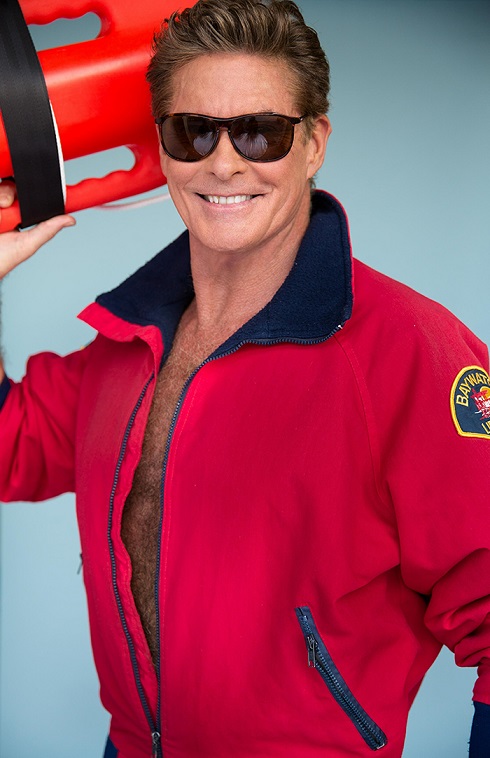 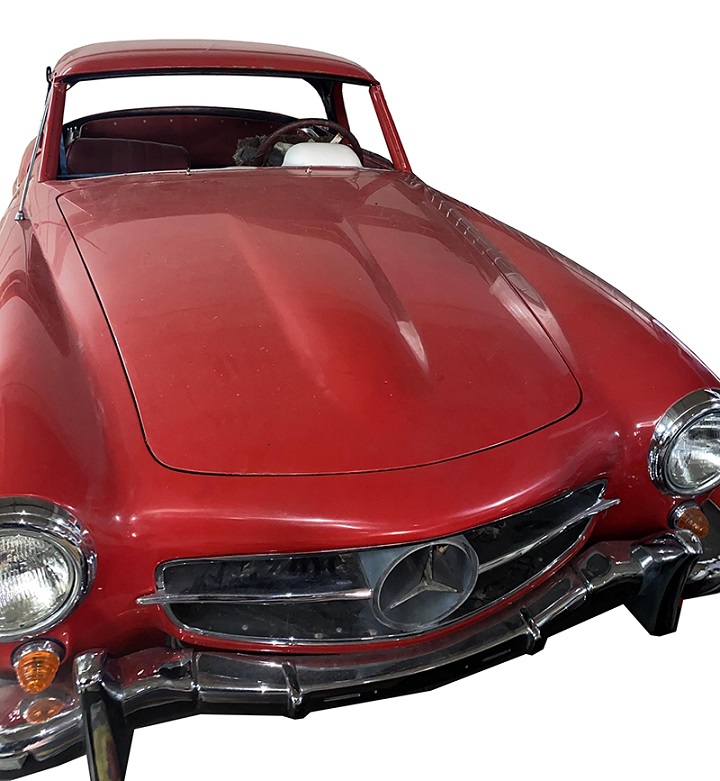 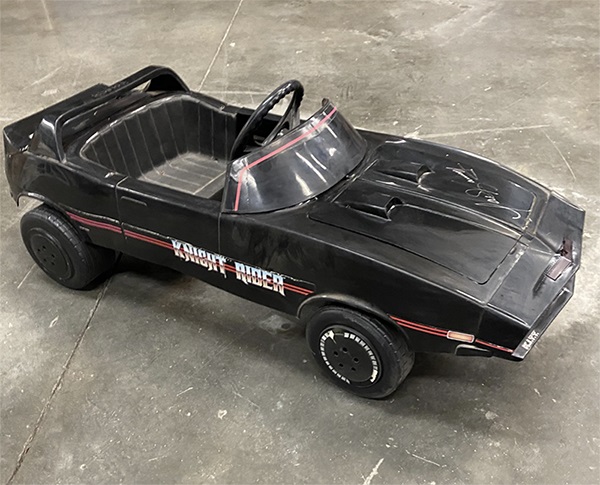 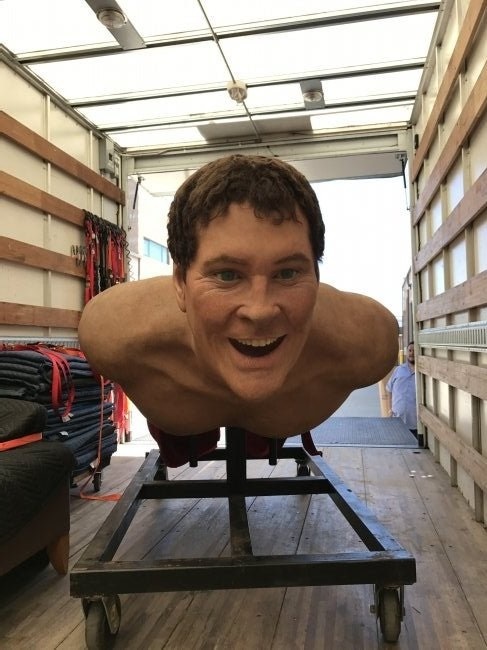 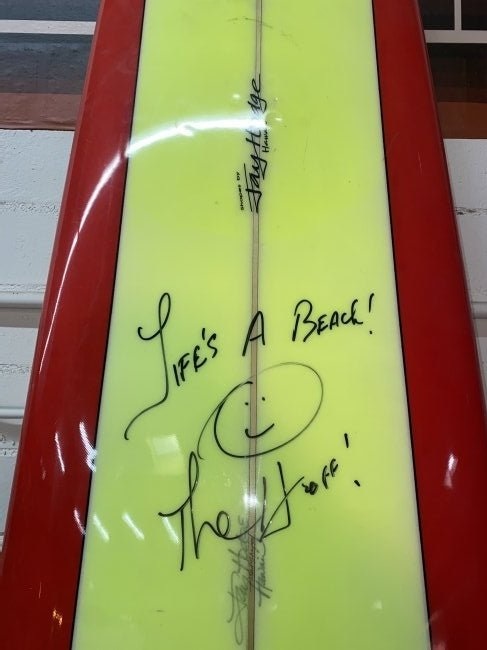 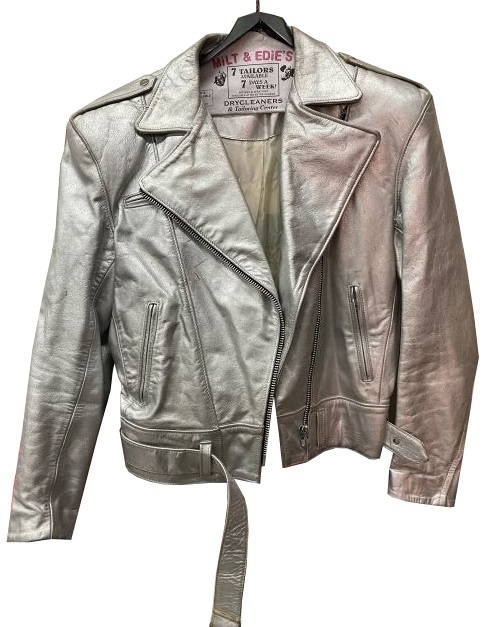 Throughout his career as a multimedia star, David Hasselhoff has brought his charismatic personality to many roles now ingrained in pop culture history. From his first major TV success on the 1970s daytime drama The Young and the Restless, Hasselhoff went on to earn worldwide acclaim as high-tech crimefighter Michael Knight on Knight Rider, followed by an 11-year run as hunky LA County lifeguard Mitch Buchanan on Baywatch. From there, Hasselhoff – or “the Hoff,” as he is known to his legion of fans – produced the TV series Baywatch Hawaii, appeared in major stage productions, and lit up such films as Dodgeball and The SpongeBob SquarePants Movie. He summoned his musical talent to record a studio album that went triple platinum in Europe and hit number one on the charts in several countries.

Even after all those accomplishments, there’s yet another spotlight for the versatile star to step into, and he’ll be doing that on Saturday, January 23, 2021, when his career archive is auctioned online through LiveAuctioneers. The Hoff has teamed up with Diligent Estate Auctions and LiveAuctioneers to present a 150-lot selection of the Hoff’s screen- and stage-worn wardrobe, awards, scripts, photos and other exciting one-of-a-kind items sure to delight his millions of fans. A portion of the proceeds will be donated directly to Hasselhoff’s favorite charitable organizations.

Through social media, fans have been able to view Hasselhoff’s sunny LA office, which is lined with his collection of fascinating career memorabilia. Stored in other locations, there are three sets of “wheels,” which also will be auctioned. They include Hasselhoff’s personal Knight Rider K.I.T.T. car, his classic 1961 Mercedes-Benz SL190, and a rare, Hoff-autographed Knight Rider pedal car.

The sleek, black K.I.T.T. car is fully functional with the brilliantly colorful illuminated dash and console that would be immediately identifiable to Knight Rider fans. The online catalogue features multiple views of the interior and exterior of the car, including a few images of Hasselhoff at the wheel. The car is currently located in the UK and will be delivered to the winning bidder by the Hoff himself if the auction hammer price exceeds the preset reserve by 25%. The estimate is $175,000-$300,000, and as of January 7, the leading bid was already at $450,000. The pedal car, black with red pinstriping and the Knight Rider logo, has a more affordable “sticker price” and is estimated at $400-$500.

Although he’s as all-American as an actor can be, Hasselhoff is immensely proud of his German heritage and makes no secret of the fact that he appreciates fine German motor cars. That includes a classy 1961 Mercedes-Benz SL190 entered in the auction as lot 89. The luxury two-door roadster with rich red exterior is Hasselhoff’s personal car and has been in the Hasselhoff family for over 40 years. It needs some restoration but is mechanically sound. Estimate: $60,000-$90,000.

Perhaps the ultimate prize, from a fan’s perspective, is lot 58 – a lunch date with the Hoff in Los Angeles. The winning bidder will be able to enjoy a few hours of one-on-one conversation with Hasselhoff over a nice meal. The star frequents some fine LA restaurants and will be picking up the check, but transportation to/from Los Angeles will be the bidder’s responsibility and is not part of the auction lot. The estimate for “Lunch with the Hoff” is $10,000-$20,000.

An incredible larger than life-size, three-dimensional replica of the Hoff in bodysurfing mode is the actual prop that was used in the 2004 movie SpongeBob SquarePants. The 14-foot-long model depicting the star in his signature red Baywatch lifeguard swim trunks is made in two parts positioned on rolling metal racks. In the film, characters SpongeBob and Patrick ride on the replica’s back, as though catching a wave. The convincing doppelganger, which was also shown during the 2010 Comedy Central roast of Hasselhoff, is estimated at $750,000-$1.5 million estimate.

A Hasselhoff-worn item of apparel that’s capturing bidder attention is a silver jacket from a Disney concert in which the star performed. Stamped inside the collar with name of the tailoring shop “MILT & EDIE’S,” the stylish, well-fitted jacket has four zippered pockets, wide lapels and other custom details. It has been personally signed by Hasselhoff and has already exceeded its $300-$500 estimate.

While auctions of celebrity memorabilia may be plentiful, very few have the personal input and hands-on involvement of the star whose property is being sold. But knowing that worthy charities he supports will benefit from a portion of the proceeds, Hasselhoff has put his entire heart and soul into making the January 23 auction as big a success as every other production in which he has starred over the past 40-plus years. Many items in the auction have been personally autographed by Hasselhoff, and all will convey to their new owners with a certificate of authenticity, also signed by him.

The Saturday, January 23, 2021 auction will start at 12 PM ET. Bid absentee or live online exclusively through LiveAuctioneers. For additional information on any item, contact Diligent Auction Services by calling (818) 294-3484 or emailing tallrob65@yahoo.com.