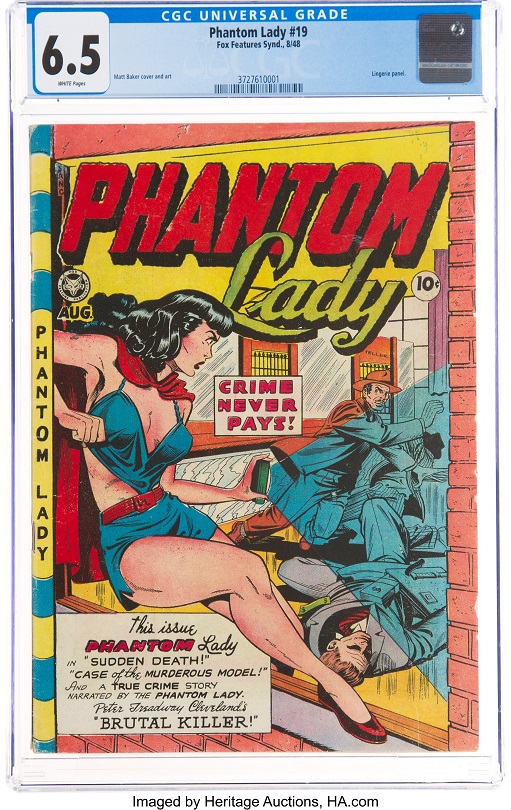 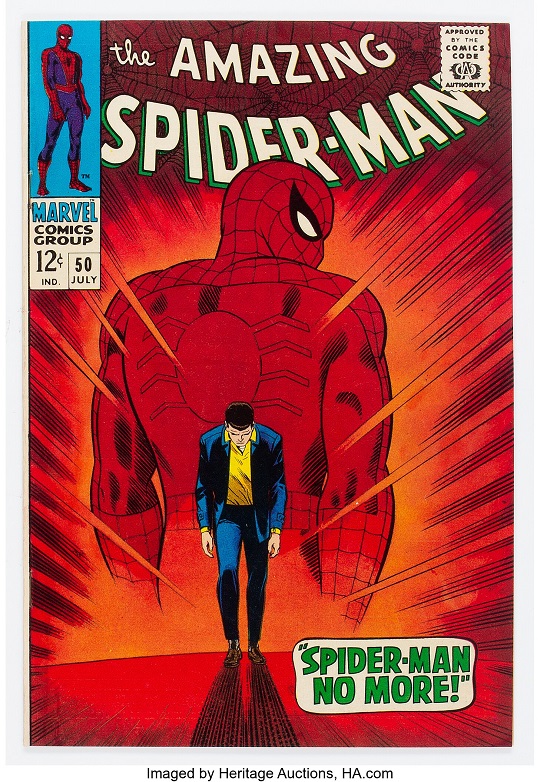 A rare Phantom Lady comic and the first appearance of Kingpin are featured in Heritage’s Sunday & Monday Comics, Animation & Art Weekly Online Auction. Comics close on May 2, 2021, followed by everything else on May 3.

Phantom Lady #19 CGC 6.5 features one of the first superheroines to debut in the 1940s, with a cover and art by Matt Baker. The character was originally published at Quality Comics and now a new version is appearing in DC books. According to the April 2021 CGC census, the offered copy is one of just five graded in 6.5, and there are only ten known in higher grade.