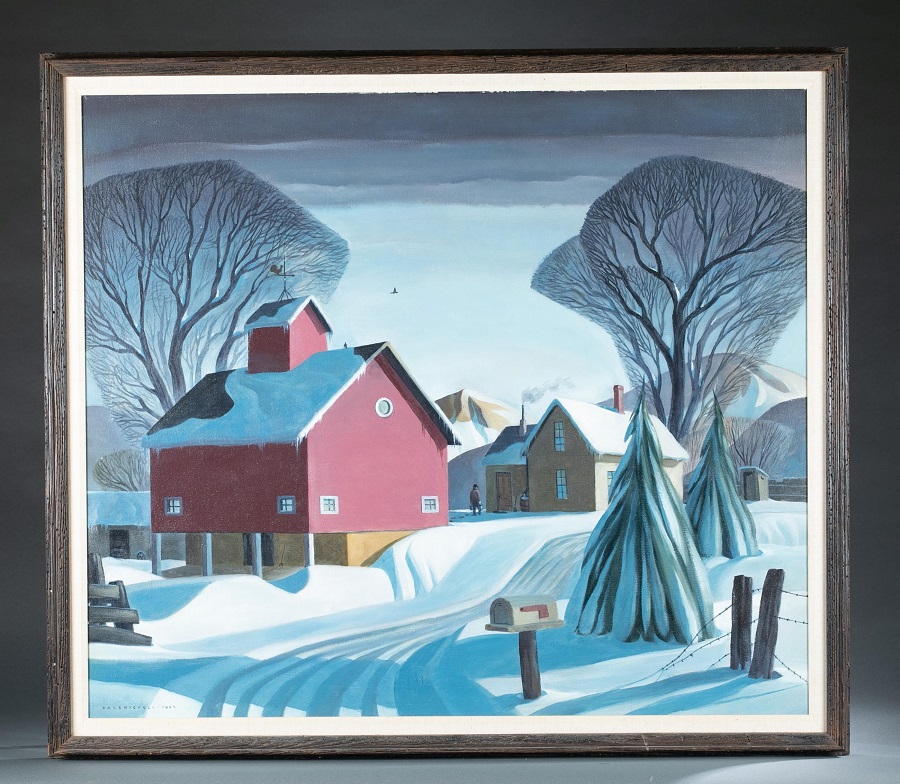 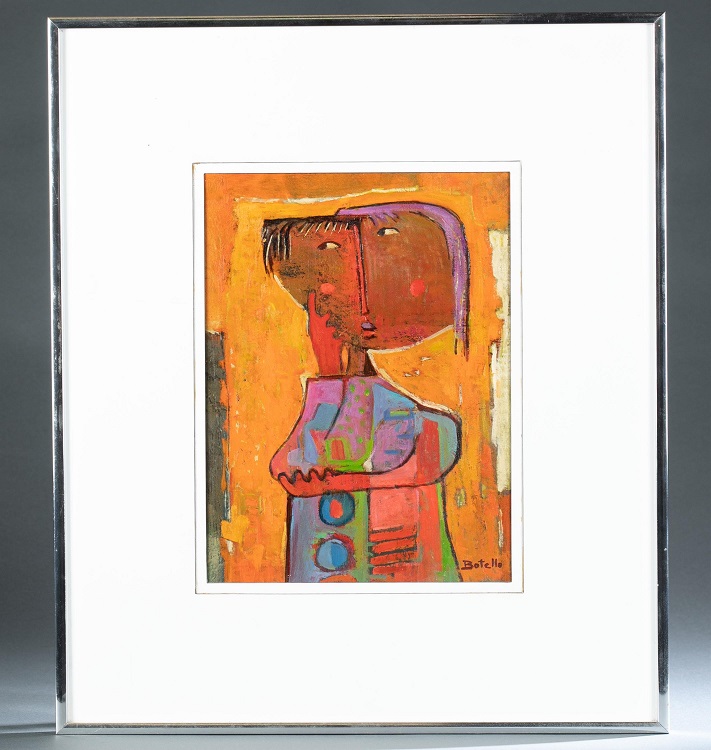 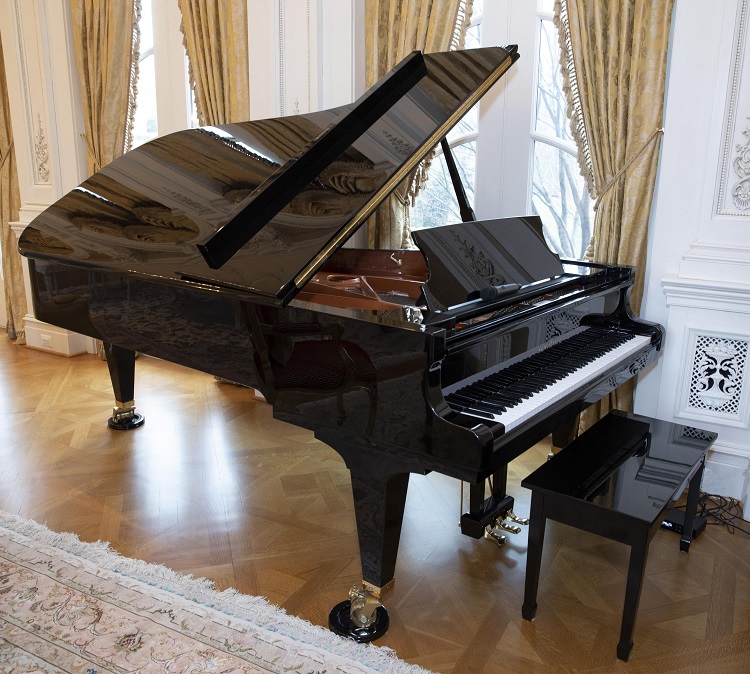 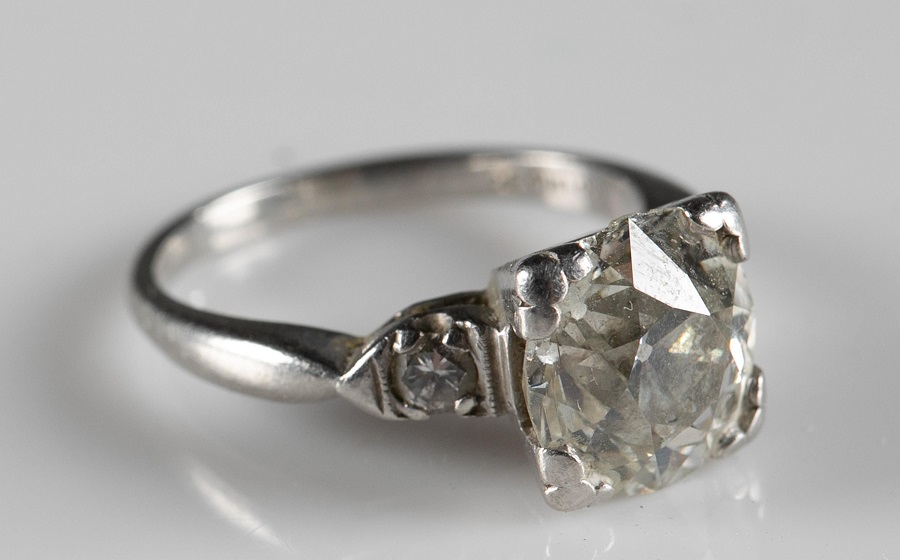 A colorful and beautifully rendered oil on canvas winter scene by Dale William Nichols (American, 1905-1995) is the expected top lot in Quinn’s Auction Galleries’ online-only Fine & Decorative Arts auction slated for Saturday, June 12, 2021, starting at 10 AM ET. The 536-lot sale consists primarily of consignments from prominent estates and collections in the northern Virginia region. Absentee and Internet live bidding will be available through Quinn’s website or LiveAuctioneers.

The auction features Asian, American, European and Modern artworks. In addition to Dale Nichols, other top artists represented in the sale include Angel Botello and Charles Leickert. The decorative arts category encompasses bronzes, art glass, rugs, pottery and porcelain; as well as Russian icons and other religious artworks.

The 1965 Nichols winter landscape with houses, titled Heavy Heavy Hangs Over, measures 31-3/4 inches by 36-3/4 inches (sight), is signed and dated at lower left, and titled and signed on verso. It is expected to make $30,000-$50,000. Nichols, who is best known for his rural landscape paintings, was born in Nebraska, attended the Chicago Academy of Fine Arts, and later served as the Carnegie Professor in Art at the University of Illinois. He has often been classified with such luminaries as Grant Wood and Thomas Hart Benton.

The rest of Quinn’s auction offers a trove of desirable items, including a Schimmel Konzert K256 Tradition grand piano with a polished ebony finish, Bavarian high altitude solid spruce soundboard, and solid brass hardware. It is likely to command a winning bid of $10,000-$15,000. A platinum diamond ring boasting a 3.40-carat center diamond (I-J/SI2) flanked by two 0.12 carat diamonds, could slip onto a new owner’s finger for $8,000-$12,000.

A circa 1908 Baltimore sterling silver tea service is lavishly adorned with a dense, repousse floral design. Each of the eight pieces in the set is marked either Jacobi and Jenkins, or Jenkins and Jenkins (the successor company). Having a hefty total weight of 124.94ozt, this exquisite service should easily fetch $3,000-$5,000. The same is expected of a sought-after Dodie Thayer (Palm Beach, FL) lettuceware tureen with lid and underplate. The base of the bowl is incised Au Bon Gout/Palm Beach/ Dodie Thayer/Sept. ’72.

The furniture selection is led by a gorgeous 18th century Irish George II mahogany chest-on-stand originally retailed by Millar and Beatty of Dublin (1851-1959). It displays a central shell motif flanked by two flowers and rocaille flourishes against a carved diamond lattice background. Estimate: $2,000-$3,000. For those who prefer the mid-century modern aesthetic, a classic Eames 670 lounge chair (with 671 ottoman) designed for Herman Miller fits the bill with its black veneered shell, black leather upholstery and enameled aluminum frame. Estimate: $1,000-$2,000.

A Chinese circa Qing Dynasty silk garment is elaborately decorated with flowers, bonsai and butterfly motifs against a light-yellow ground. It measures 45 by 50 inches and comes to auction with a $600-$900 estimate. Also, a Japanese “cloud” cabinet with four sliding doors on the upper and bottom levels, and a cloud-shape rack to the left of the middle compartment, is ready to serve its next owner’s storage needs – stylishly and discreetly – for an estimated bid of $300-$500.

A Chinese Qing Dynasty lacquer and wood figure of a Guanyin sitting on the base with one leg crossed, 9-3/4 inches tall, with black lacquer and gilt overall, has an estimate of $500-$700. Also, a pair of (non-matching) Chinese bronze urns, one a double ear-handle urn with three cow’s head-shaped feet, 4-3/4 inches tall; and the other having a bulbous body and two loose rings on the handles, should jointly achieve $200-$400.

Also adding character and quality is a circa 1760 George III Thomas Hunter bracket table clock in an ebonized wood case with ormolu mounts, five pinecone finials, a revolving cylinder music box and chimes. It could ring up a winning bid of $1,500-$2,500. A final highlight of note is a cold-painted bronze statue by the artist Erte (né Romain De Tirtoff, New York/France, 1892-1990), titled Twilight and marked on the base “267/375,” should hammer $1,500-$2,500.

There will be no in-person floor bidding, although in-person previews may be arranged by appointment only. All bidding will be remote, either by phone, absentee, or live via the internet. For additional information about any item in the auction or to discuss a future consignment, call Matthew Quinn at Quinn’s Auction Galleries at (703) 532-5632 or email info@quinnsauction.com.