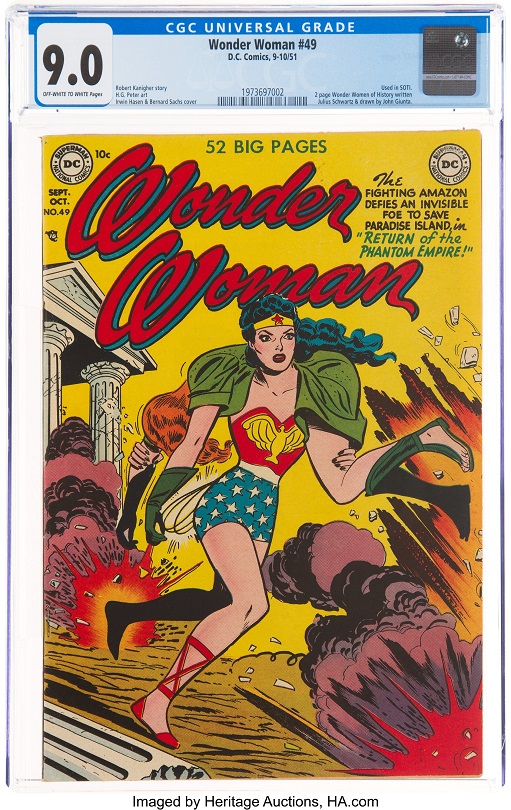 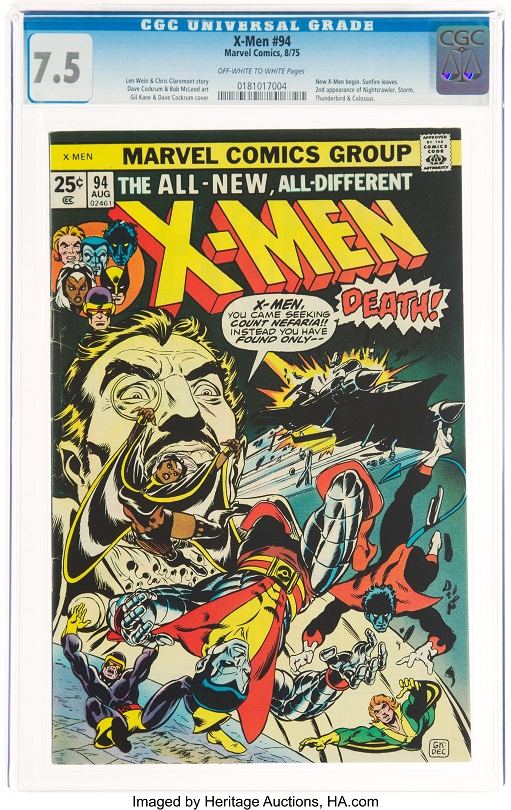 Heritage’s Sunday & Monday Comic Books Select Auction will feature a pair of keys from Wonder Woman and X-Men. Comics in the auction close on October 17, 2021, followed by everything else on October 18.

Wonder Woman #49 CGC 9.0 features a cover by Irwin Hasen and Mernard Sachs, with art by H.G. Peter. It contains a two-page “Wonder Women of History” feature written by Julius Schwartz and drawn by John Giunta, and was notably used in Seduction of the Innocent. According to the October 2021 CGC census, this is one of just three in that grade and only three copies are graded higher.

X-Men #94 CGC 7.5 includes the second appearances of Colossus, Nightcrawler, Storm, Banshee, and Thunderbird, and it sees Angel, Marvel Girl, Iceman and Sunfire leave the team. Gil Kane and Dave Cockrum teamed up to create the cover, and Cockrum also provided the art for the issue, currently ranked No. 12 on Overstreet’s list of Top 25 Bronze Age Comics.

A total of 1,042 lots of comics, original art, and memorabilia are in this auction. Bidding opens at 6 PM CT on ha.com.