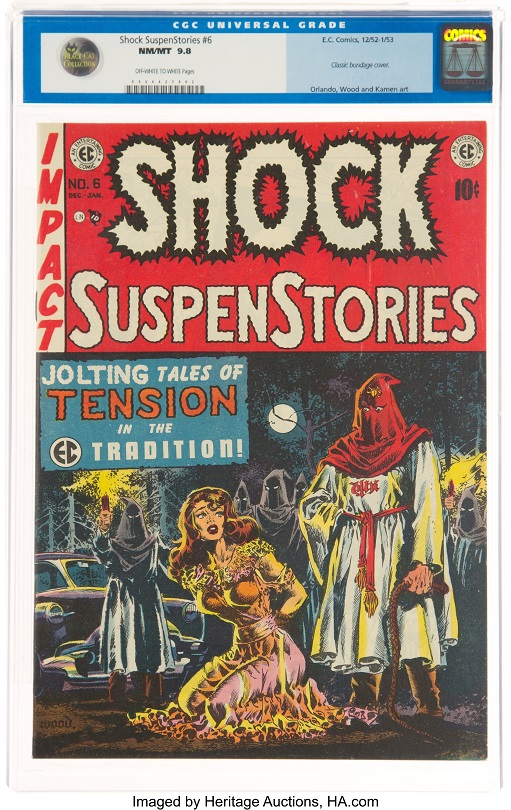 A collection of pre-Code horror comics is heading to Heritage in time for Halloween. The Black Cat Collection and Pre-Code Horror Auction is filled with highest graded copies that were curated by Gabriel Vaughn. The auction will be held on November 4, 2021.

In 1954 the Comics Magazine Association of America formed the Comics Code Authority as a way for comic publishers to regulate their content. It was voluntary, but widely considered to be the unofficial standard of comic content decency. Vaughn’s collection is filled with horror books that instigated the Code, known as pre-Code horror.

“I can’t imagine or possibly count the amount of records that will be broken over the next year of selling Gabe’s books,” Heritage’s Comics Consignment Director Brian Wiedman said. “This is just the first sale of many and already, so many great books are included.”