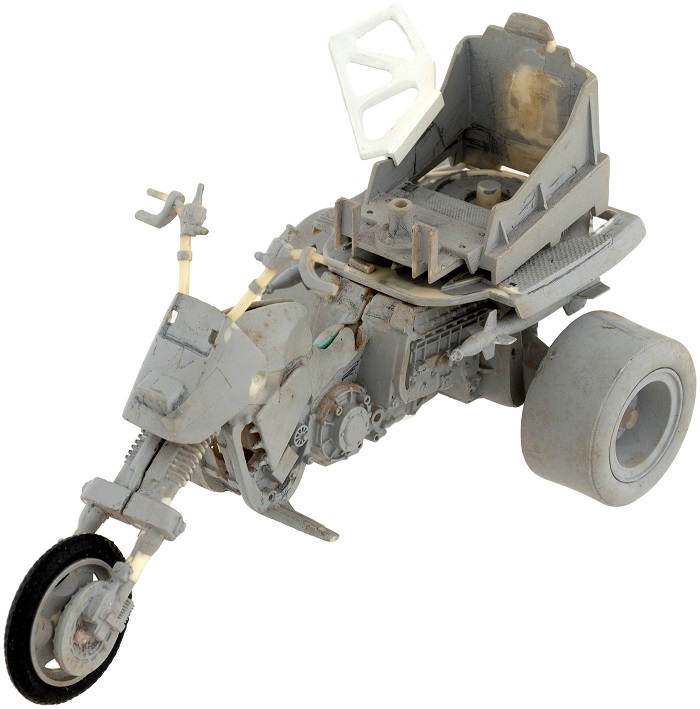 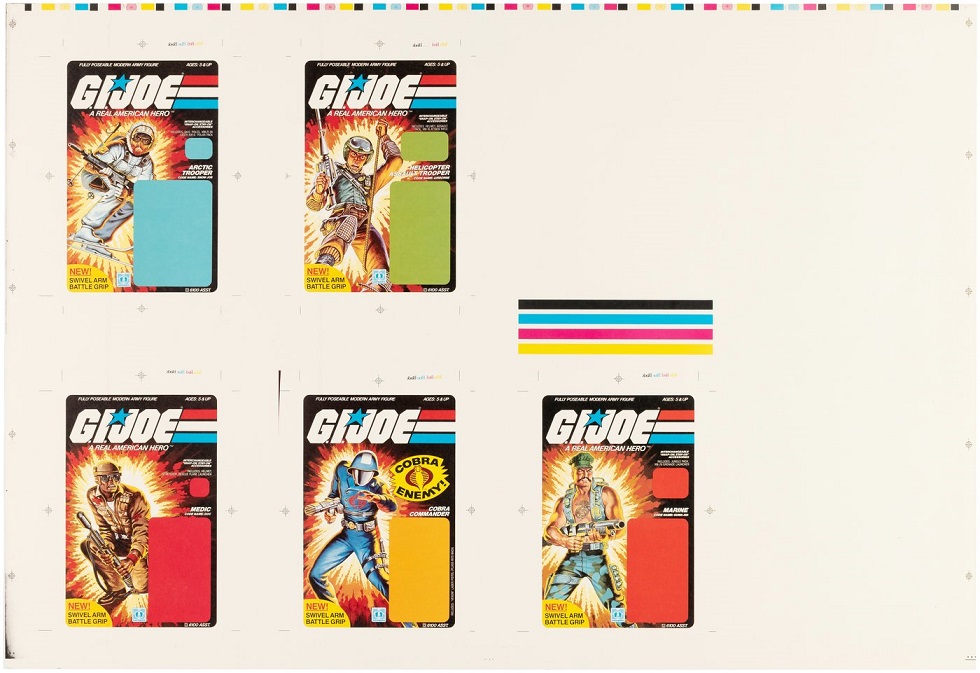 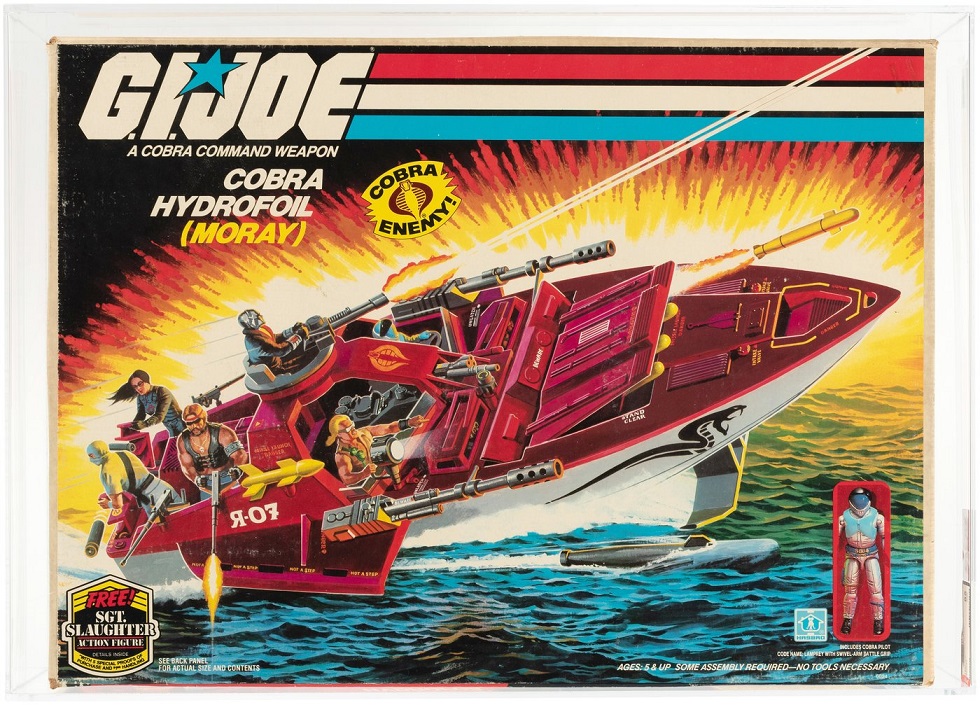 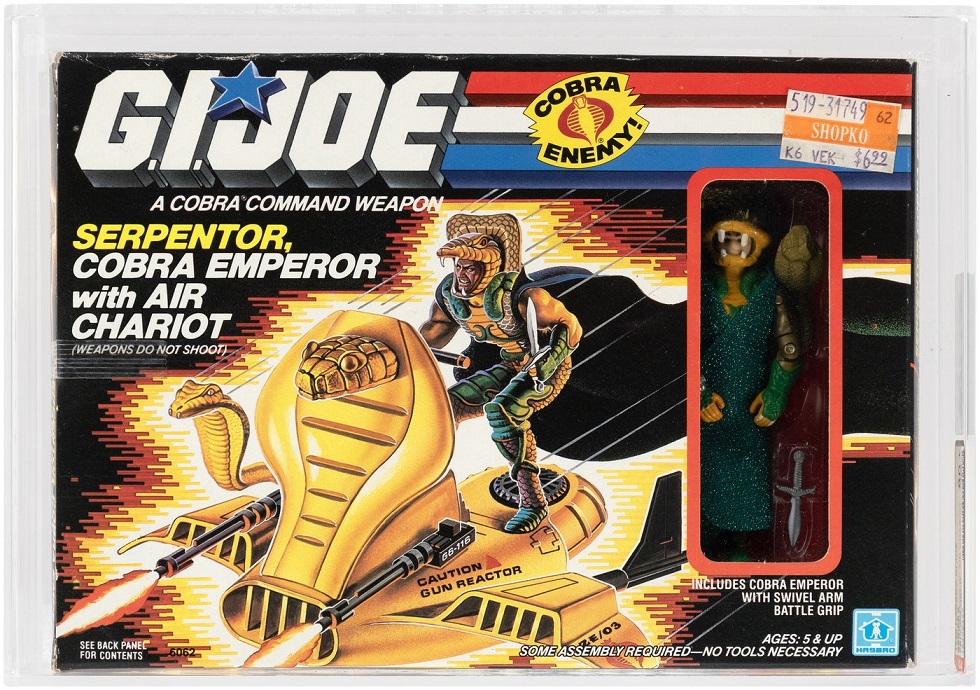 The Dreadnok cycle vehicle prototype run includes conceptual, hardcopy, and first shots with 1:1 scaled components for the 3-3/4” scaled figures. The first part of the run is a partial conceptual model in resin and primer, consisting of the cycle body and seats/gun mount. Next is the hardcopy vehicle in resin/plastic components and more complete than the previous model but still not fully realized. It comes with a mockup card with stat showing sprue with attached resin cast missiles, exhaust pipes, and rear axle pieces. The lot also includes a first shot done in alternative colors that are different than the production cycle. Lastly, is a test shot in final colors that appears to be complete. It hails from the Bill Byers Preproduction G.I. Joe Collection.

The Cobra Hydrofoil Moray Series 4 AFA 85 NM+ toy vehicle used with the 3-3/4” G.I. Joe figures is one of the top vehicles in the auction. From the Brian Hess Collection, it comes in a large box with illustrated label and includes the Lamprey Cobra Hydrofoil Pilot figure.

Another highly sought vehicle is the Serpentor, Cobra Emperor with Air Chariot Series 5 AFA 80+ NM (yellow neck) from Hasbro’s 1986 line. It comes with the 3-3/4” Cobra Serpentor figure with the Air Chariot and the rare yellow neck variety. This piece is from the Brian Hess Collection.

The Crusader Space Shuttle with Avenger Scout Craft Series 8 AFA 90 NM+/MT offered in the auction is the single highest graded example. It is also from the Brian Hess Collection.

Moving into G.I. Joe art, Hake’s is offering the Snow Trooper (Blizzard) concept original art by Mark Pennington. Matted art in a 17” x 20” frame shows the figure design that was released carded as part of the seventh series. It has the Hasbro Confidential sticker and comes from the Bill Byers Preproduction G.I. Joe Collection.