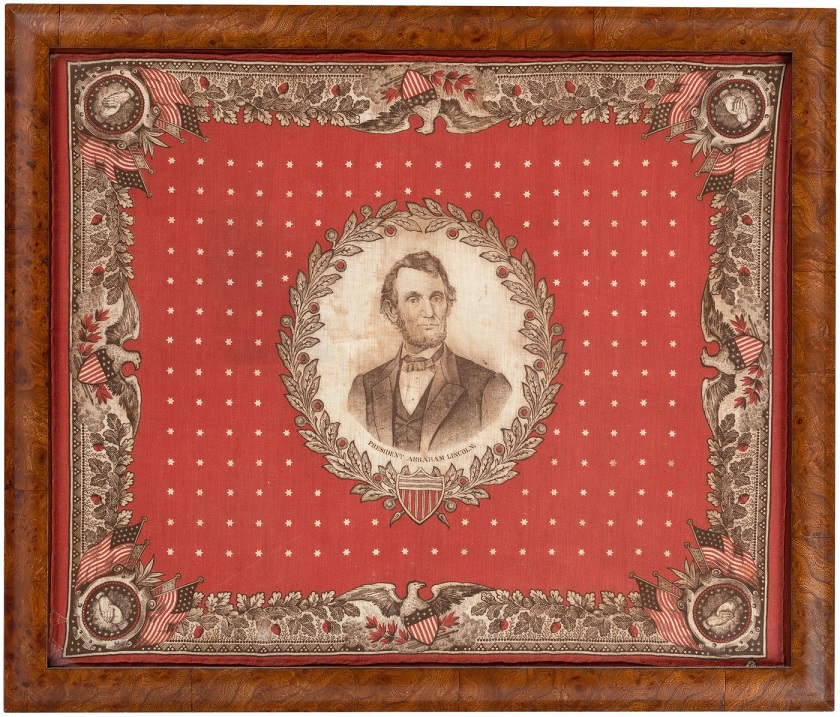 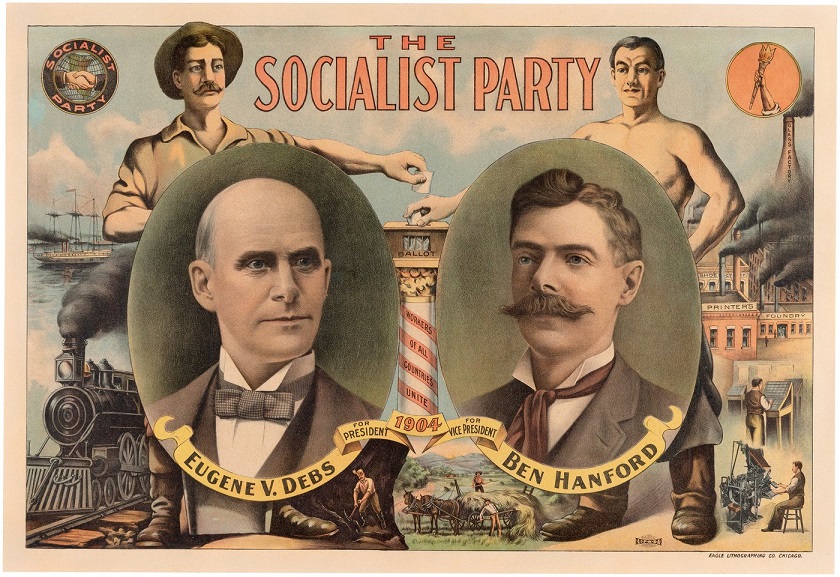 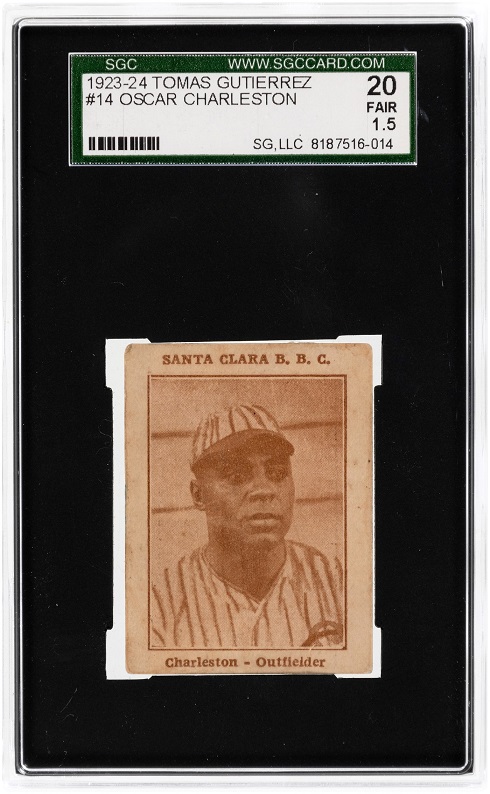 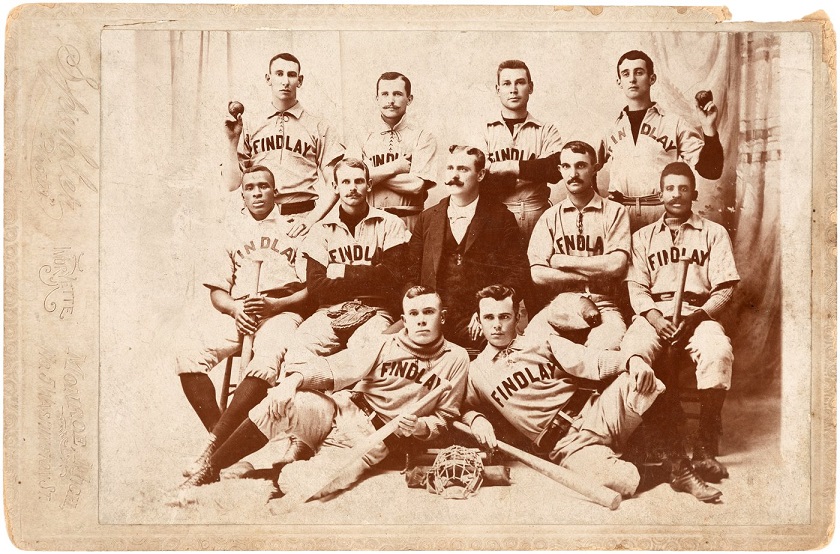 On November 2-3, Hake’s Auctions closed their last premier event of 2021 bringing in $3.3 million. In the first part of the auction, which comprises the historical material and baseball items, six of the top seven sales exceeded their preauction estimates.

The Abraham Lincoln 1864 clasped hands, bearded portrait bandana was the highest seller in Part I, bringing in $35,695 over the $20,000 estimate. The cotton bandana has a portrait of Lincoln from a J.C. Buttre engraving of a Mathew Brady photo. Lincoln is in the center of the image with a laurel wreath dotted with berries over a bold red background decorated with stars. The border features eagles with American shields and the corners have clasped hands flanked by American flags.

“What makes this really special is that it features Lincoln with a beard. When we think of Lincoln, we see him with a beard, but the majority of presidential campaign artifacts feature a beardless portrait as he did not adorn a beard until after his first election in 1860, in part because of the suggestion in a letter from an 11 year old girl,” Hake’s Consignment Manager Scott Mussell said. “Generally speaking, material from the 1864 is scarcer than that of the 1860 campaign and bearded images have always carried a premium. This is especially the case with textiles, widely considered the premier artifacts of pre-1880 presidential campaign material culture. So, this just checks all the boxes; from 1864, bearded portrait from an iconic image, bold design with outstanding display presence that is printed on fabric and features the iconic rail splitter president.”

Baseball items were led by the 1923-1924 Tomas Gutierrez #14 Oscar Charleston SGC 20 Fair 1.5, which hit $23,364, more than doubling the preauction estimate of $10,000. The card front reads “Santa Clara B.B.C. Charleston-Outfielder,” featuring Negro League star Oscar Charleston who played in the Cuban League for seven years and played for some of the best National League teams during his Hall of Fame career.

The 1894 Findlay, Ohio baseball team cabinet photo with Bud Fowler and Grant “Home Run” Johnson also sold for $23,364. This is the only known example depicting the unaffiliated baseball club, highlighted by African-American players Fowler and Johnson. The 3-7/8” x 5-1/2” album photo is in a 4-1/4” x 6-1/2” cardboard mount.

A 1921 E121 American Caramel “Series of 80” Babe Ruth PSA 1.5 (FR) reached $22,380, over the $20,000 estimate. It is notable for being one of the earliest baseball cards ever issued picturing Hall of Famer Babe Ruth after he joined the New York Yankees in 1920. On close inspection of Ruth’s jersey, behind his pitching arm the Red Sox inscription is visible because this image was original used for his 1917 card.

A Votes for Women Equal Rights suffrage pennant more than tripled the estimate when it realized $16,848. The 11-1/2” x 33-1/2” felt pennant shows Lady Liberty in a flowing blue gown standing by a wreath that reads “Equal Rights.” It is housed in a 16” x 39” overall in 1” shadow box frame.

The 1935 Negro League Baseball broadside featuring 15 Hall of Fame members including Josh Gibson brought $15,390, well above the $10,000 estimate. This is what Hake’s believes to be the finest surviving example of Negro League Baseball advertising ever produced. The large 22” x 28” piece presents all eight teams from the 1935 season of the Negro National League, including the team many consider to be the finest baseball club of all-time, the 1935 Pittsburgh Crawfords.

“Hot on the heels of our record breaking summer auction, the rabid Hake’s collector base once again showed up in full force for our November auction,” Hake’s Sports Consultant Philip Garry said. “The Blackball Collection went out with a bang with its final offering, establishing new record prices for a 19th century integrated baseball team cabinet card as well as a Negro League advertising broadside. In addition, offering an exceedingly scarce complete 1920's Cuban baseball card set of 84 individually turned out to be a brilliant decision as cumulative results shattered the previous complete set price realized.”

Results from Part II, featuring comics, toys, and other pop culture material, are in our Industry News section.