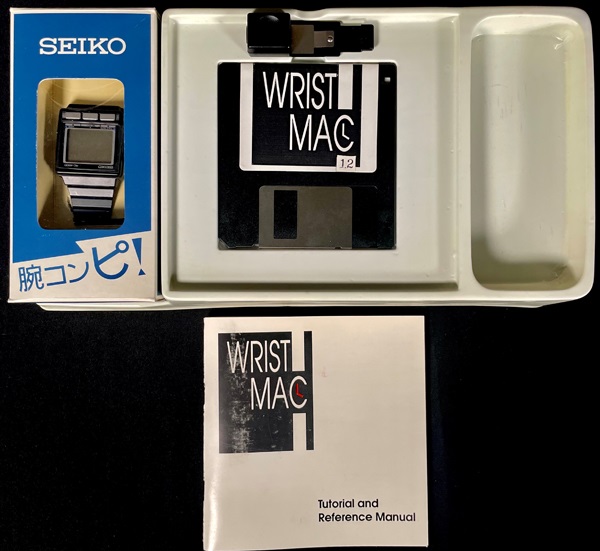 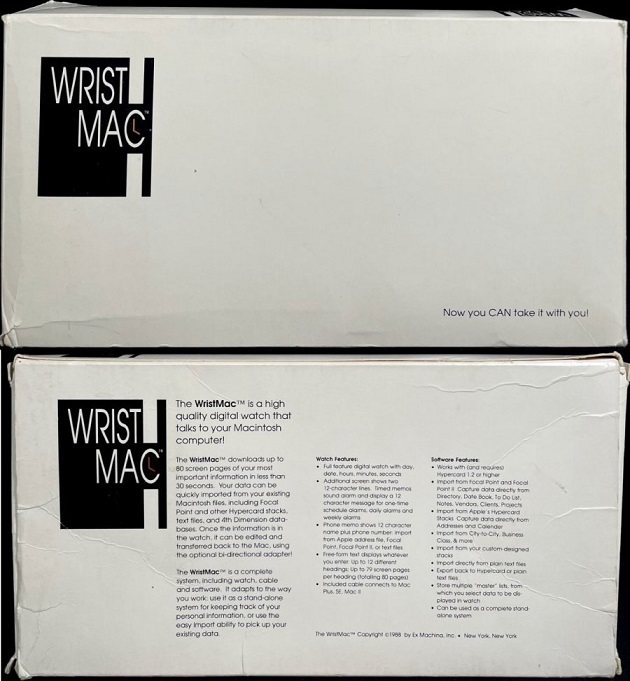 The 1988 WristMac is so rare and obscure, some Apple fans have never heard of it. Yet soon they, and everyone else, will have the opportunity to own one. Starting November 22, 2021, ComicConnect offers a never worn WristMac, still in its original box, at auction.

“It’s an incredible find – one of the earliest examples of wearable computing technology,” ComicConnect’s CEO and co-founder Stephen Fishler said. “The WristMac has rarely been seen since its inception and it will likely be years before another one surfaces.”

In 1988, Ex Machina, Inc. and Seiko partnered to create the WristMac, a programmable watch that connected to a Macintosh computer. It could store phone numbers, execute one-time and recurring alarms, and be used to take notes, which could then be exported to a disk as a text file. The WristMac preceded 1989’s Macintosh Portable, the first portable, battery-powered Apple computer and was a visionary precursor to the incredibly-popular Apple Watch, first released in 2015.

“The WristMac is so rare, it’s hard to predict what it will sell for,” Fishler said. “Honestly, it could end up anywhere from one thousand to one hundred thousand dollars. It’s going to be an exciting auction!”

Questions about buying or selling with ComicConnect can be emailed to support@comicconnect.com or call (212) 260-4147.