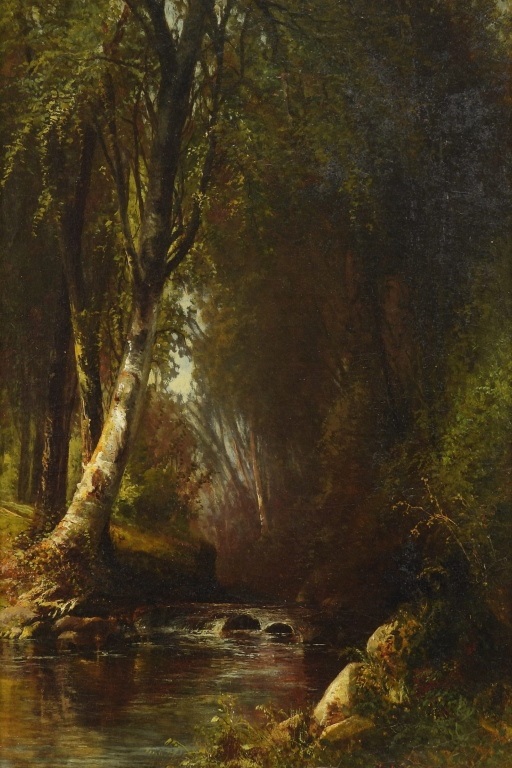 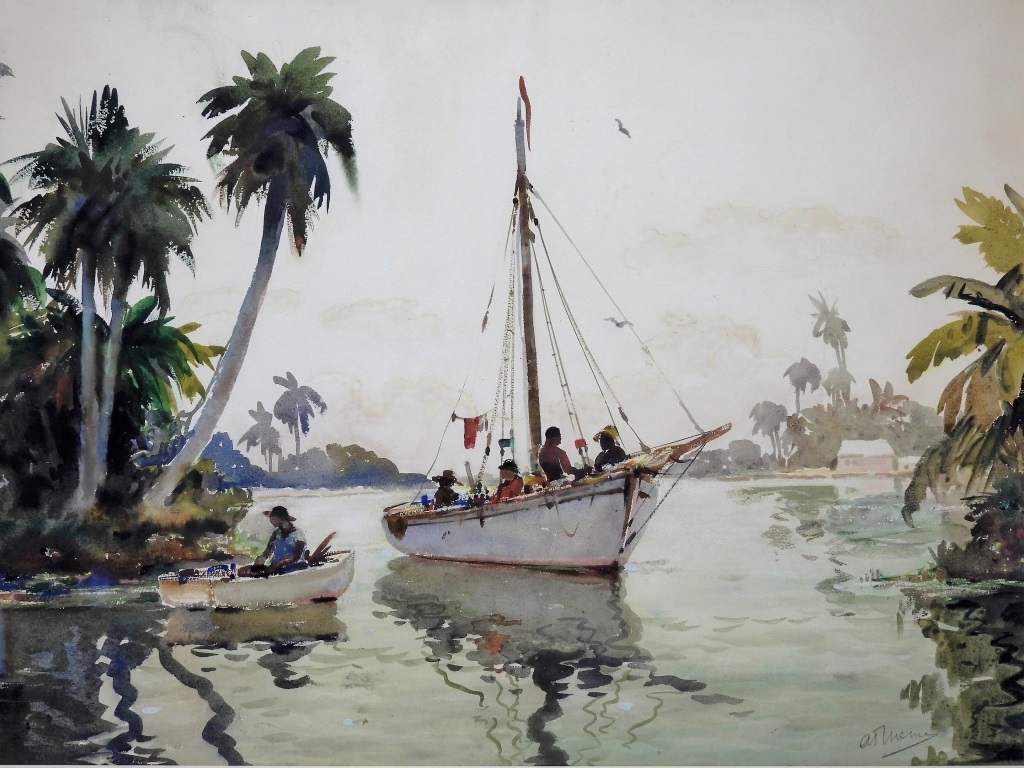 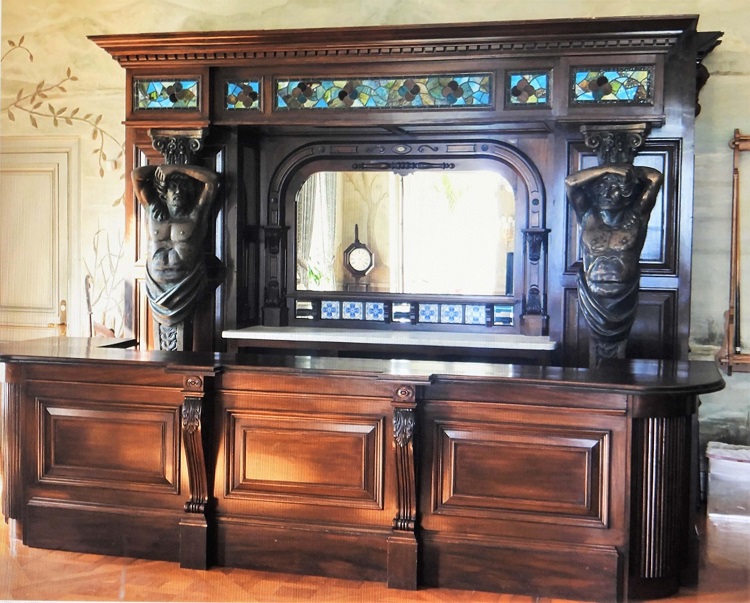 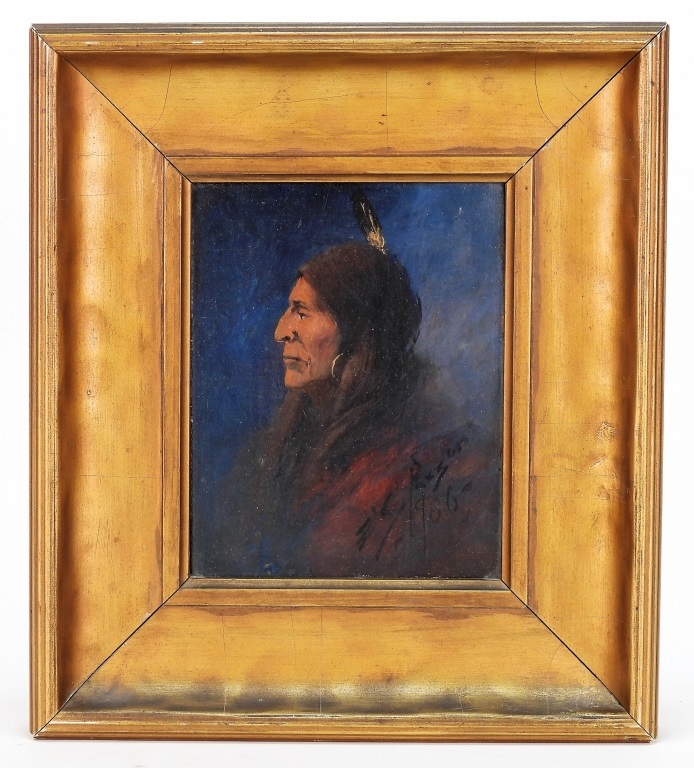 An oil on canvas landscape painting by Hudson River School artist Julie Hart Beers (NJ/MA, 1835-1913), titled Summer at Mossy Brook, was one of the top lots in an online-only Estate Fine Art & Antiques auction held January 6, 2022, by Bruneau & Co. Auctioneers, fetching a robust $20,000, including the buyer’s premium. Other original artworks also did well.

The auction featured 386 lots, mostly pulled from estates and collections across New England. “The auction was exciting to start the New Year off with a lot of bidding action on all platforms and on all categories from fine arts to Asian across the board,” Bruneau & Co’s president and auctioneer Kevin Bruneau said. “It was good to see. We look forward to the rest of 2022.”

The Beers painting was a naturalistic depiction of towering birch trees beside a glistening lake. The 17-inch by 11-inch work (less frame), was signed “Julie H. Beers ‘78” bottom right and titled on verso. Beers’ work conveys the intimacy of the Hudson River and New England’s vast landscapes. She was one of only a few prolific female painters of the Victorian era.

Beers was the sister of two other Hudson River School artists: James McDougal Hart and William Hart. She learned to paint from them, as well as her husband, who was also an artist. Her work was widely exhibited throughout the United States, including the Boston Athenaeum, the Pennsylvania Academy of Fine Arts and National Academy of Design.

“It was uplifting to see such strong results for the Julie Beers and Anthony Thieme paintings, as more traditional subjects have been depressed,” a Bruneau & Co. auctioneer and Director of Pop Culture Travis Landry said. “It was a good sign for the markets as we enter 2022.”

The painting by Anthony Thieme (MA/CA, 1888-1954) was a watercolor on paper that depicted groups of men in boats floating through calm waters, surrounded by tropical trees. The work measured 19-1/2 inches by 28 inches (sight, less frame), and was signed “A Thieme” in the lower right corner. The painting easily bested its $500-$800 estimate, finishing at $12,500.

Thieme studied at the Royal Academy of Fine Arts under George Hacker, then later in Italy and Germany. He’s best known for depictions of boats, fishermen and harbors. Thieme was a major figure in the Rockport, MA School of American regional art and was an accomplished en plein air artist. But he suffered from depression and took his own life at age 66.

Paxson was a notable artist of the vanishing West, born in New York with his early art education received from his father, a sign painter and carriage decorator. He moved to Montana in 1881, where his studios became popular attractions for artists visiting the West. Paxson was most interested in painting the portraits of those who fought at Little Big Horn. This led him to befriend and ultimately paint Gall, the Chief of the Sioux.

An oil on canvas abstract modern painting by Sudanese artist Hussein Shariffe (1934-2005) found a new owner for $11,250. The work depicted an abstract figure with an elongated, spindly neck and legs, beside a bird in deep muted colors, with the setting sun as a backdrop. The 32-inch by 24-inch (sight) painting was signed “Shariffe” lower left.

Shariffe attended the University of Cambridge, then later the Slade School of Fine Arts in London, where he studied under Lucien Freud (1922-2011). In 1960, Shariffe began to teach at the School of Fine Arts in Khartoum, which marked a period of experimentation in his craft. Shariffe's work has been exhibited at Gallery One in London, the Sao Paulo Biennial in Brazil, the Sharjar Art Foundation, as well as in Jordan, Egypt and Germany.

An early 20th century black “Supercharged” Auburn pedal car, made by Murray Mfg. Co. in Cleveland, Ohio, was a surprise sleeper of the auction, roaring past its $300-$500 presale estimate to sell for $5,938. The car came out of the collection of a Plainfield, CT estate, and measured 52 inches in length. It had scratches and paint loss from age and use.

The bar was removed from Miramar Mansion in Newport, Rhode Island and fell short of its $20,000-$40,000 estimate, selling for $19,200. It has some minor casting flaws to the bronze figural columns and some light surface wear, but was otherwise in good condition. Magnificent mahogany bars like the one in the sale are a wonderful addition to any home.

Internet bidding was facilitated by LiveAuctioneers.com, Invaluable.com, Bidsquare.com, bidLIVE.Bruneauandco.com and the mobile app “Bruneau & Co.” on iTunes or GooglePlay. Phone and absentee bids were also accepted. All prices include a 25% buyer’s premium.