The comics auction opens with Daring Mystery Comics #3, an early release from Timely that predated Marvel Comics #1 by six months. It comes with a cover by Alex Schomburg with story by Joe Simon.

Next up, is Conan the Barbarian #1 CGC 6.5, with the Robert E. Howard character’s first comic book appearance and origin. Barry Smith provided the art and worked with John Verpoorten on the cover.

The original art auction is led by Val Mayerik and Jack Abel’s Man-Thing #3 double-truck splash pages 16-17. The dramatic image is a panoramic scene of Man-Thing rising from the wetlands to fight alligators.

Frank Frazetta art is making an appearance in the auction with the Fire and Ice Princess Teegra concept art. The rare page was created before they could be animated over the Rotoscope images of live actors.

The Super Mario 64 (Players Choice) WATA 90 A+ sealed N64 is a later release of the game that was the first to use 3D graphics. It was directed and produced by Shigeru Miyamoto with the recognizable voice of Charles Martinet as Mario. 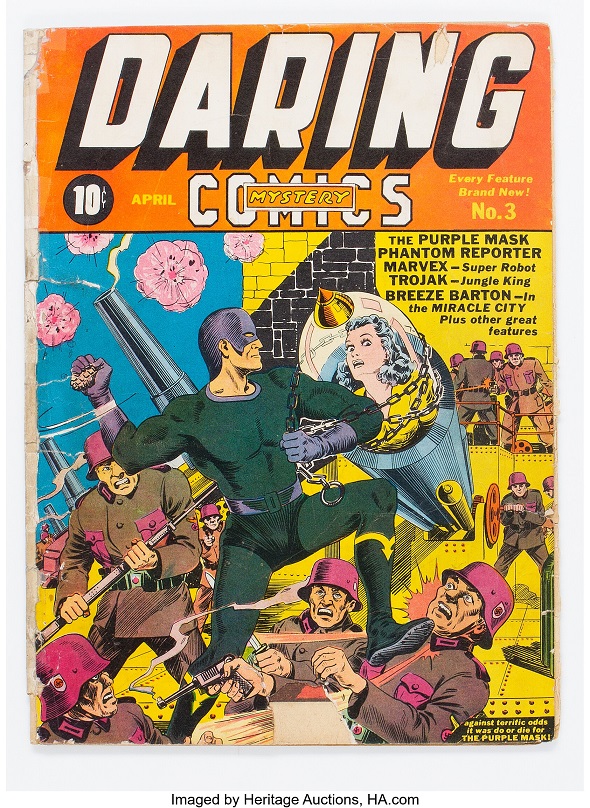 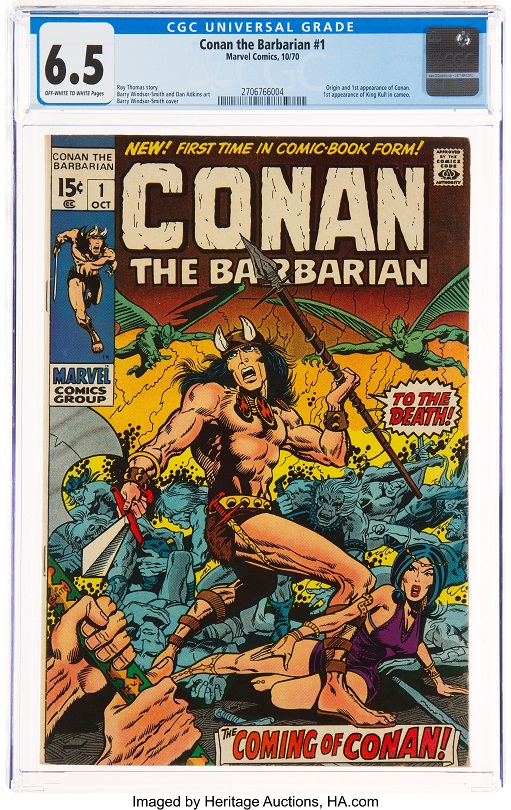 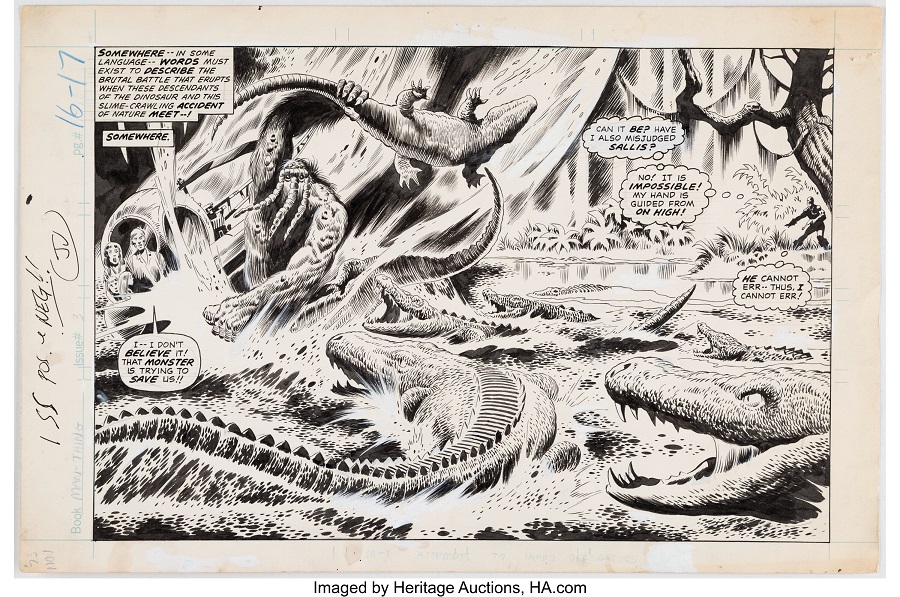 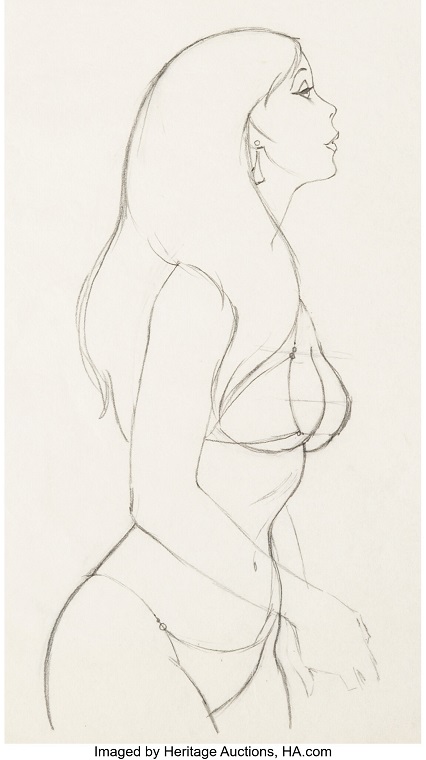 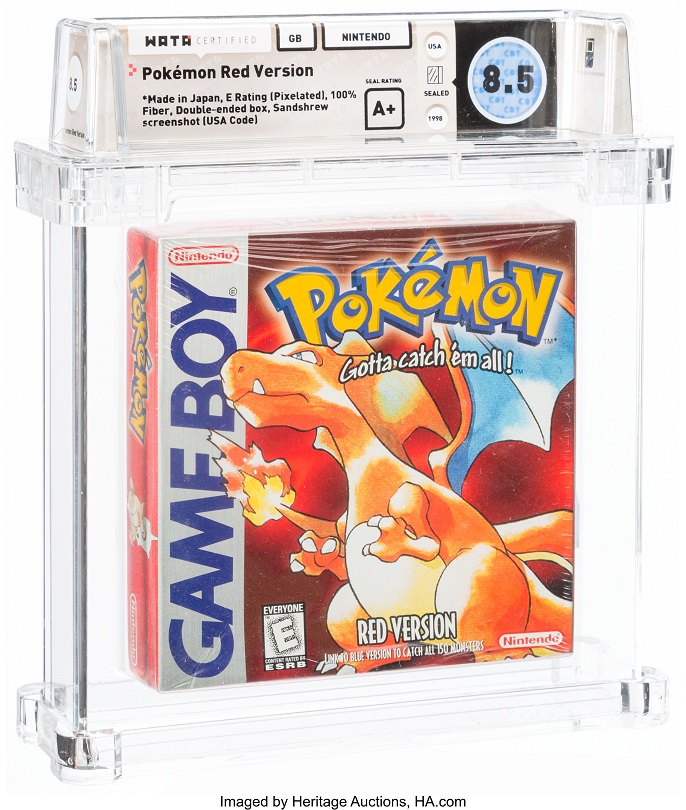 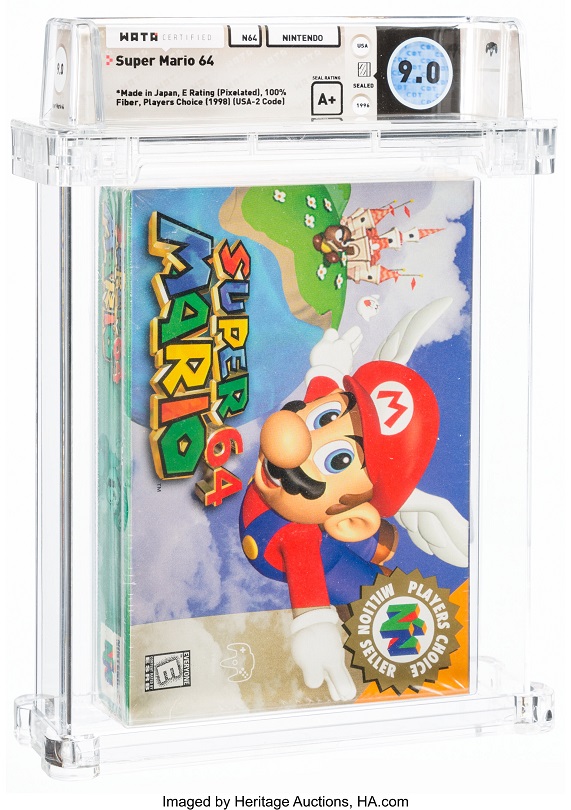