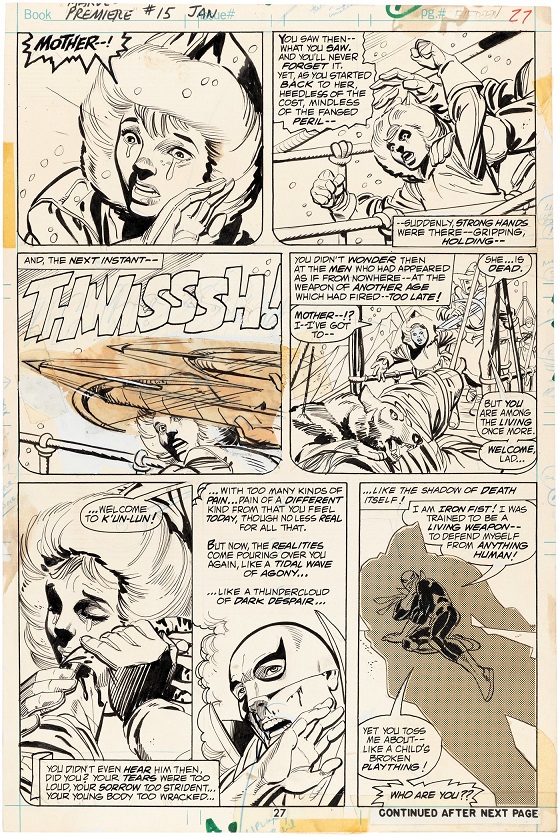 In May 1974, Roy Thomas and Gil Kane introduced Danny Rand, aka Iron Fist, a martial arts expert and wielder of the mystical weapon, the Iron Fist. Since his debut, the powerful hero has packed a wallop against Marvel villains as a member of the Avengers, Heroes for Hire, and Defenders.

Marvel’s man with the golden fist has punched his way into Hake’s Auction #235 with Marvel Premiere #15 original art by Gil Kane and inked by Dick Giordano. The pen and ink art comes from the issue that introduced Iron Fist, depicting seven panels that show young Danny witnessing the death of his mother, his rescue, and arrival at K’un-Lun.

The last two panels show Iron Fist in the present reacting to Shu-Hu’s attack. The second to last panel shows a great close-up of Iron Fist and the last panel is a full body image of the kung-fu hero in the screentone shadow of his opponent. This page comes from the Charles Lippincott Collection.